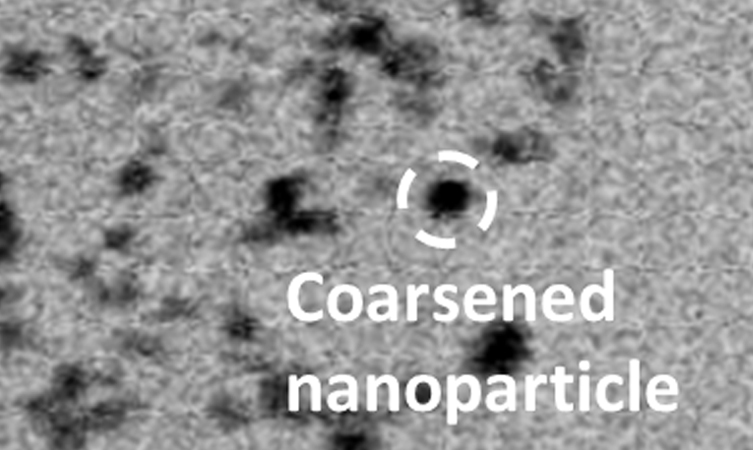 When it comes to securing the best performance from its hydrogen fuel cell technology, Toyota’s scrutiny is reaching unprecedented levels with a new monitoring system that plots the behaviour of nanometre-sized – one-millionth of millimetre – particles.

The focus of its research is the way in which platinum in the fuel cell stack catalyst “coarsens” over time. These changes at particle level have an impact on the metal’s performance supporting the chemical reaction between hydrogen fuel and airborne oxygen to create the electricity that powers the vehicle engine.

The detail may be minute, but securing optimum performance and being able to detect where and why this coarsening happens are important issues as Toyota accelerates its fuel cell vehicle programme. Toyota is in the process of bringing Mirai, its first full-production hydrogen fuel cell vehicle to market and the new model will reach Britain’s roads later this year. The rarity and high cost of platinum as a raw material adds to the value of the research.

Until now, it has only been possible to observe platinum particles at fixed points – before and after the reaction that causes the coarsening. Working with the Japan Fine Ceramic Center, Toyota has produced a new observation technique in which test samples are placed in an exact simulation of the environment and conditions in a fuel cell stack. Together with a new method of applying voltage to the sample inside a transmission electron microscope, this allows the coarsening process to be observed in real time, at all stages during electricity generation.

The intelligence gained will help Toyota better understand and address the issues that cause coarsening and the characteristics of the carbon material used as a carrier for the platinum in the catalyst. This will help in the development of a new generation of more efficient and durable fuel cell stacks.