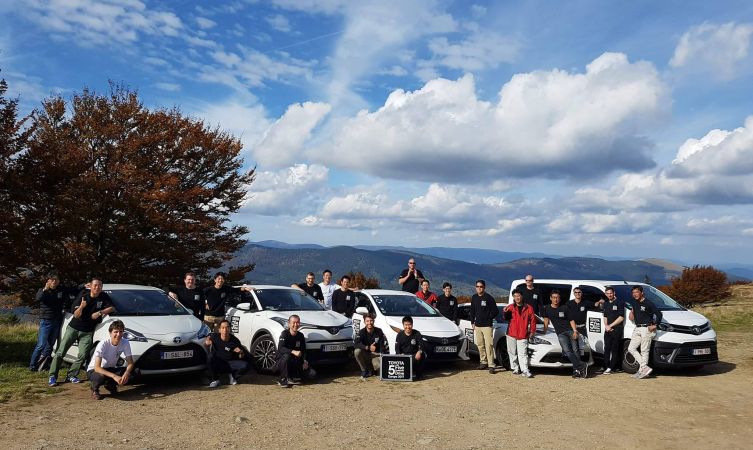 Three countries, busy cities, spectacular mountains and an imminent change of season – all in a week’s evaluation work for Toyota’s mile-hungry Five Continents Drive team. This is how week five shaped up in the journey from Germany to France, via Switzerland.

After an enjoyable weekend of sightseeing in Cologne, week five kicked off with a return to the special stage that team one visited last week. This time was slightly different, though. Not only were the cars fitted with measuring equipment but the drivers had special equipment attached to them, too. 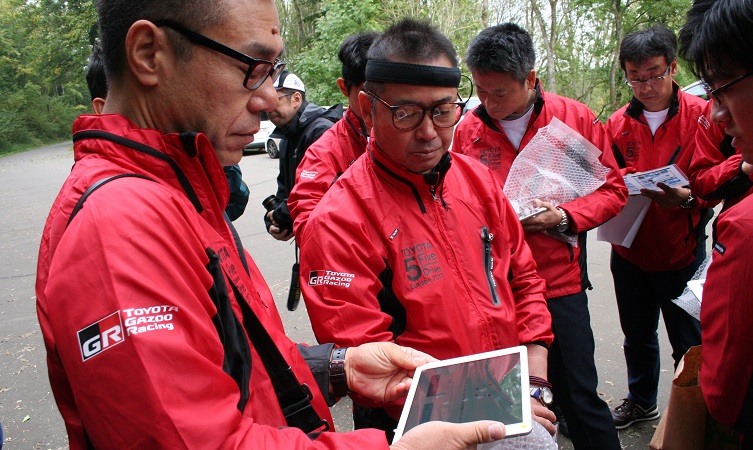 This included a headband that senses brainwaves and a heart rate monitor to measure the drivers’ excitement and/or levels of calmness throughout the run. All the information was gathered on a special iPad app and would be analysed at a later point in time. Co-pilots were also asked to register feedback from the driver during the stage about handling, steering and ride comfort. 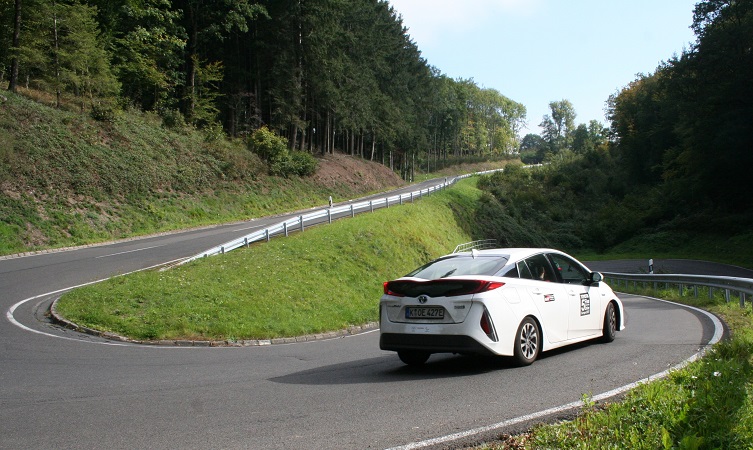 The downhill course was fast-paced and the roads were long and twisty, which proved to be very enjoyable for the drivers. After the team had completed a few laps we moved on to the autobahn and headed in the direction of Stuttgart, where we had to navigate our way through busy evening traffic.

Predictably, the day’s activities prompted long discussions in the evening’s debriefing session. We compared notes and evaluated some of the data findings from the equipment.

Today started with an early morning commuter’s route around Stuttgart to see how the cars coped in a busy city environment. It proved to be quite a challenge for some of the 5C drivers, who were not used to chaotic stop/start traffic conditions, narrow streets and the sheer volume of road-users that also includes bikes and trams. 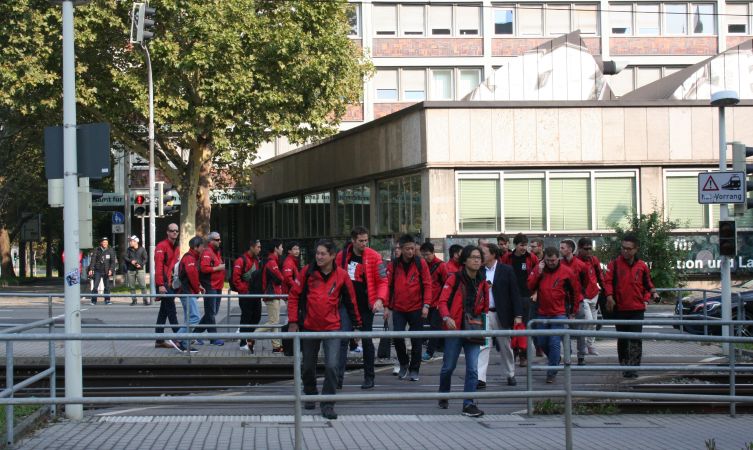 After arriving back at the hotel, the team proceeded on foot to a meeting with German car magazine Auto Motor und Sport. The magazine reviews over 500 cars a year, so we were particularly interested to discover how the journalists evaluate various aspects of a car, such as weight, acceleration, handling, ride comfort and braking. This was followed by another special city route used by the magazine to test a car’s urban fuel economy.

Day 31 dawned bright and clear, with the work-day consisting of two special evaluation courses near Munich. The first was designed to test each car’s ride comfort, while the second was chosen to test the car’s handling. 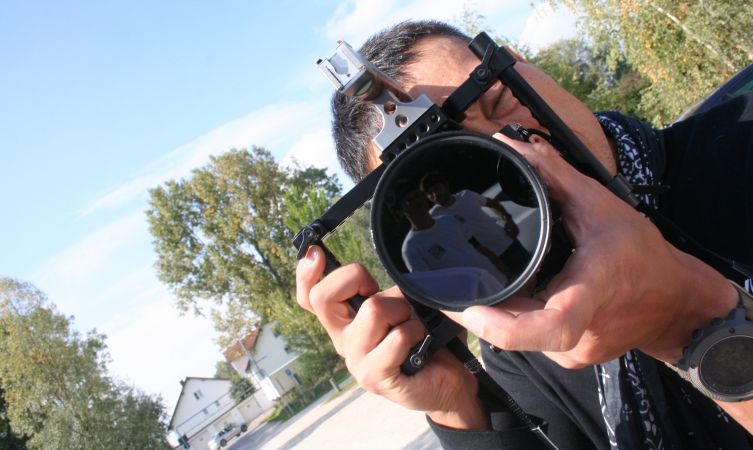 The first route took us through scenic German countryside, where the roads generally had speed limits between 30-60kph – the sort of comfortable pace that made it easy to take in the beautiful surroundings of open fields filled with corn and sunflowers. We then travelled a short distance to the second course. This was very different, consisting of narrow and fast-moving country roads with many tight bends, some of which the local drivers appeared to navigate well in excess of the legal speed limit. 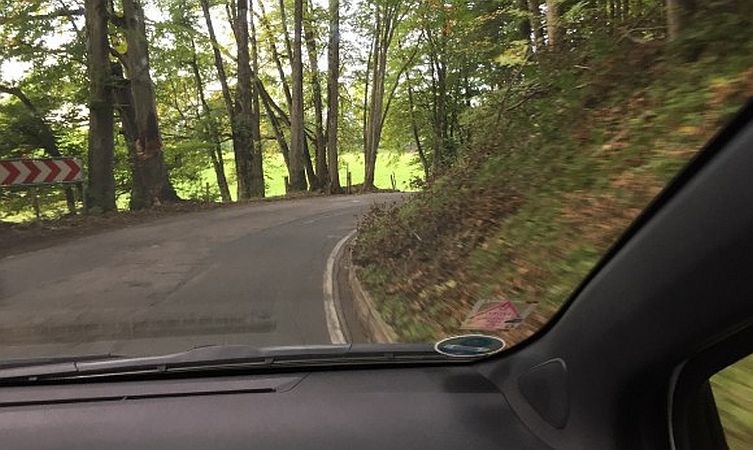 Switzerland was the goal for the penultimate day of week five. Following an early start, the team remarked on notable differences in driving style and regulations after crossing the border. The biggest difference was the strict and variable speed limits on Swiss highways – often enforced by fixed position speed cameras dotted along the route. 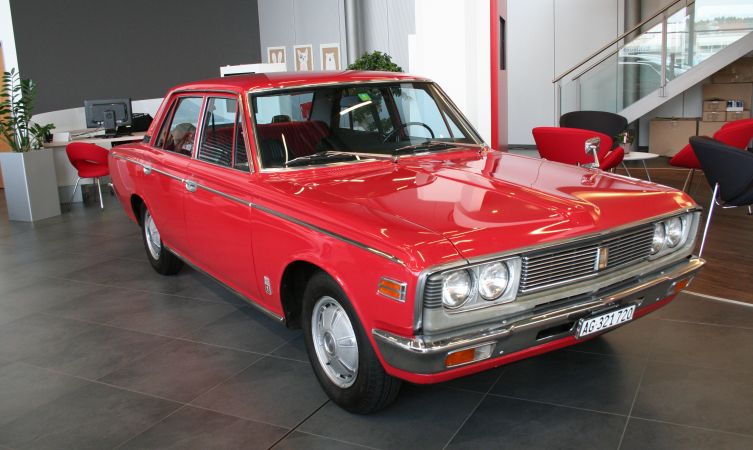 Pushing on to our primary stop-off at Toyota Switzerland, we were treated to a warm welcome and a presentation on the local car market. We learned that 35% of Switzerland is mountainous, and combined with the cold winter months, fuels high customer demand for SUV-type vehicles. Another interesting fact was that the average income is quite high and reflected in a high proportion of luxury vehicle sales – approximately one-third of the total volume.

The final day of week five saw the team cross another border; this time into France. We navigated our way up the panoramic mountain roads that took us to the peak of Great Belchen, the highest mountain of the Vosges, located 25km northwest of Mulhouse. The scenic road to the top was wide and windy, featuring an array of road surfaces that put the cars’ suspension and handling to the test. 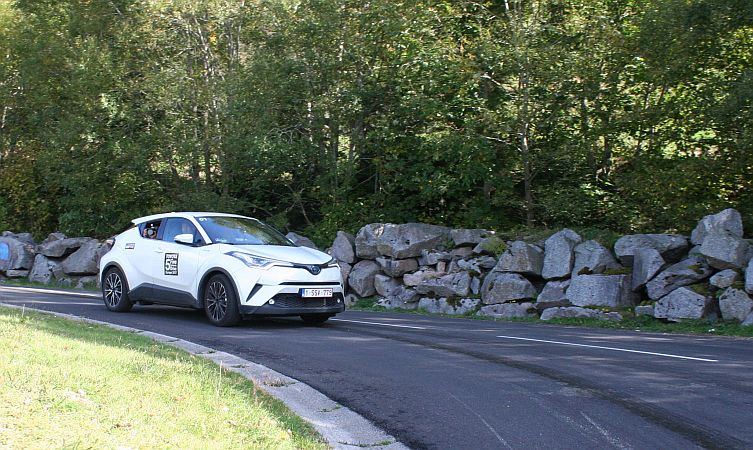 The sun shone brightly when we reached the peak and the imminent season change was clear to see, the treeline already shimmering in countless autumnal shades. We paused to take it all in and after a team photo (lead image) headed back down the mountain towards Colmar, which would provide our base for the weekend.