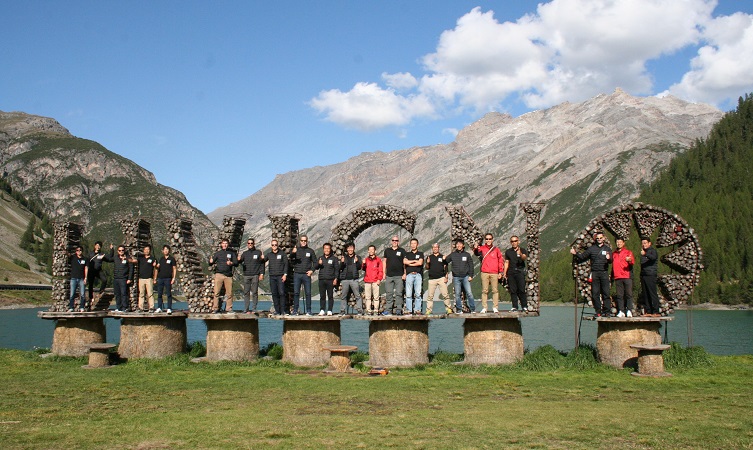 Having started its epic European road trip in Portugal and Spain, Toyota’s Five Continents Drive team made its way through France, Italy, Austria and Slovenia during week two, experiencing everything from world-renowned mountain passes to Milan’s fashion houses.

After one week of participation in the 5C drive tour, Barcelona marked the end of the road for a handful of team members. However, these vacancies were filled with new Toyota representatives ahead of today’s onward journey through the Pyrenees,  which creates a natural boundary between Spain and France. 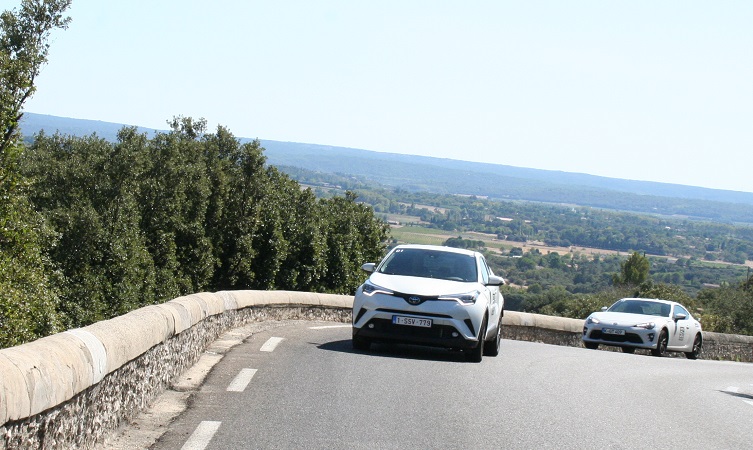 After crossing that border we noticed a considerable change. French roads were neither as smooth or flat as the ones we had enjoyed around Barcelona, yet the traffic was faster. Which set the scene for another special stage in the picturesque countryside around Lussan, where we evaluated our cars on a route designed to highlight any weaknesses in noise, vibration and harshness, also known as NVH. Once again, the C-HR Hybrid and its C-segment competitor were equipped with specialist data-capturing equipment to provide objective facts to help explain subjective feelings. 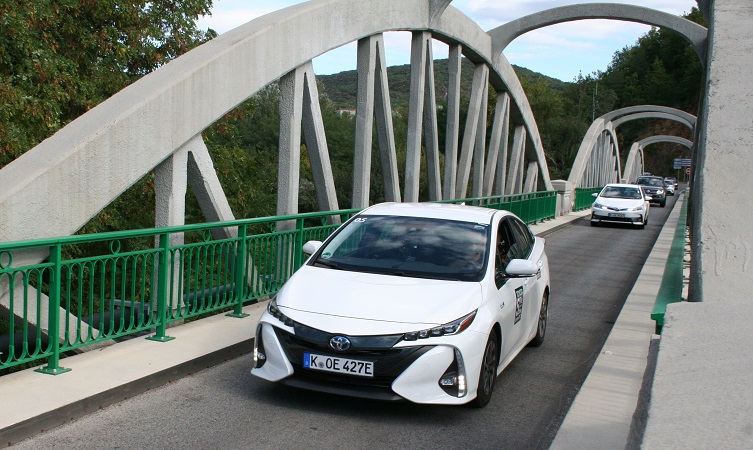 The stage proved to be enjoyable for the drivers and helped generate discussion around the effectiveness of hybrid models on steep ascents and the benefits of regenerative braking when travelling downhill. In-car discussions paused momentarily as the team took in the beautiful surroundings of the Rhone and the gothic Palais des Papes on the outskirts of Avignon, our destination for the night. But they resumed in earnest during the nightly debriefing in the hotel, where analysis of each car’s steering, handling, levels of road noise and ride comfort were assessed in detail.

After a welcome night’s rest in France, the team prepared to set off on what would prove to be a long, challenging drive to Genoa, Italy. However, the morning blast through the French Riviera was stunning, reaffirming to us why this area is such a popular holiday destination. 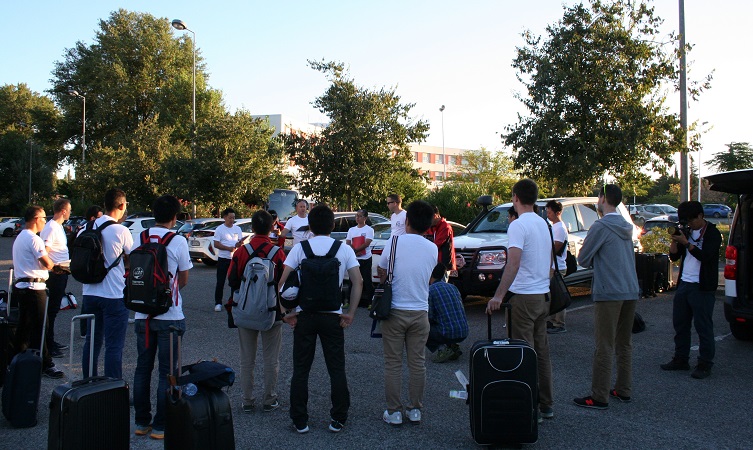 A tourist parking area at La Vigna provided a scenic location for the team to reconvene, share a packed lunch, and prepare for an unofficial special stage through the Mercantour national park. Another petrolhead’s dream-drive route, the alpine road ducked and dived across the landscape – even directly through the mountains – to give the team further opportunities to evaluate each car’s performance. 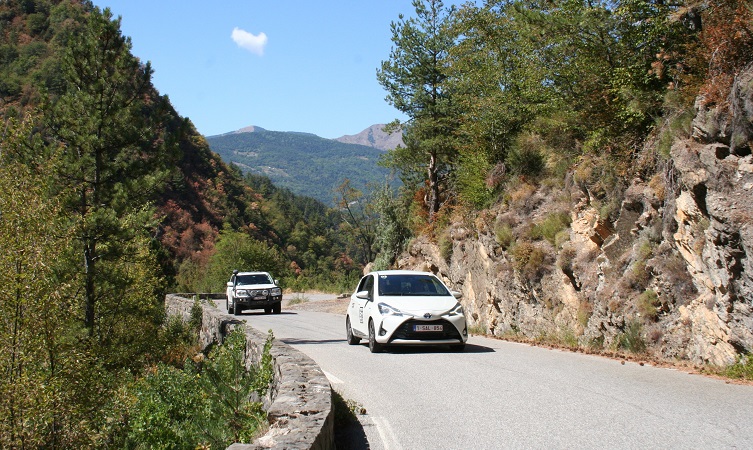 Passing from the French to the Italian Riviera, the team noticed another change in roads and driving styles. Italian highways were narrower and many members felt the native Italian drivers had a more aggressive style, exacerbated by extremely short exit ramps and being forced to regularly merge lanes. The need to maintain concentration increased in Genoa, where bumper-to-bumper traffic, suicidal moped riders and countless road closures meant the team had to be extra vigilant before they were able to collapse in the hotel.

Although today required less driving distance, a busy schedule of activities had still been planned on the way to Milan. First, an escape from the hustle and bustle of Genoa, before a thorough test along an especially narrow and fast-moving section of highway. This loop was tackled a couple of times as drivers had the opportunity to switch vehicles and receive different perspectives of the same route. 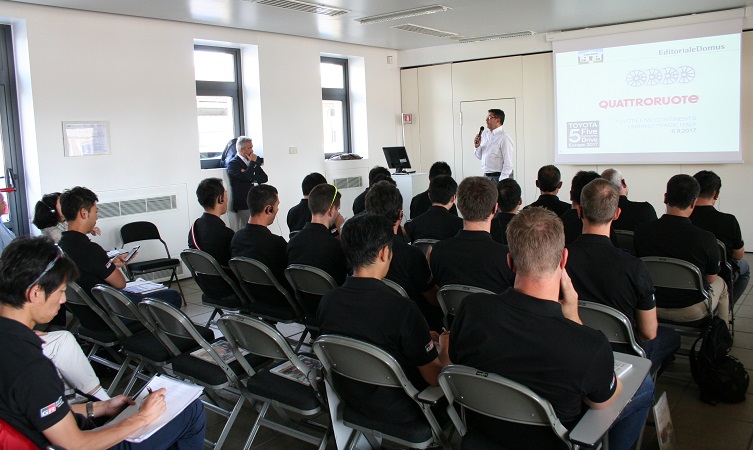 After a quick bite to eat we travelled to Vairano to the home of Quattroruote, Italy’s foremost automotive magazine and the only publication in the world to possess a private test track. Informative presentations were exchanged. First, our team captain explained the purpose of the 5C project in helping Toyota identify areas where it can improve its vehicles, followed by the magazine representatives who illustrated how the 150 vehicles examined each year are tested. 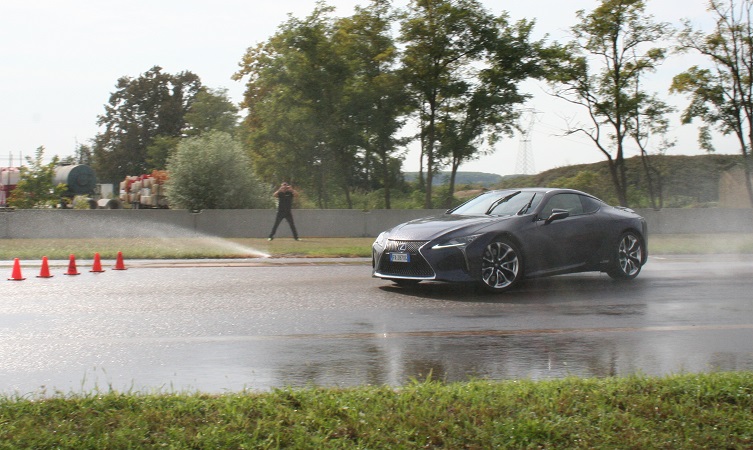 More than simply a theoretical review of their techniques, we were also shown around the workshop and test track, where a professional driver took us out in groups for high-speed runs on the skid pan. A highlight for all of us was an opportunity to experience the performance of the new Lexus LC 500h in such conditions. 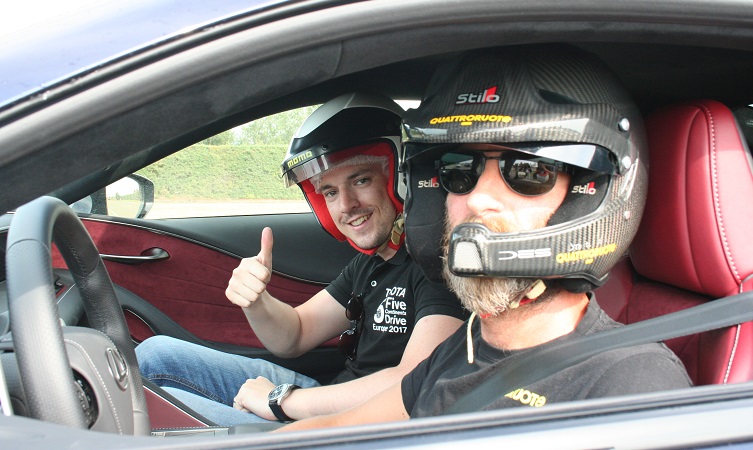 Our first stop on day eleven was Spotorno Car, an award-winning Toyota dealership in northern Milan. It was a valuable opportunity to hear feedback about how the current Toyota range is perceived by Italian customers and offer constructive ways in which Toyota could improve its products and customer service in the future. Demonstrations were also given of the computer software used to interact and reach out to customers. 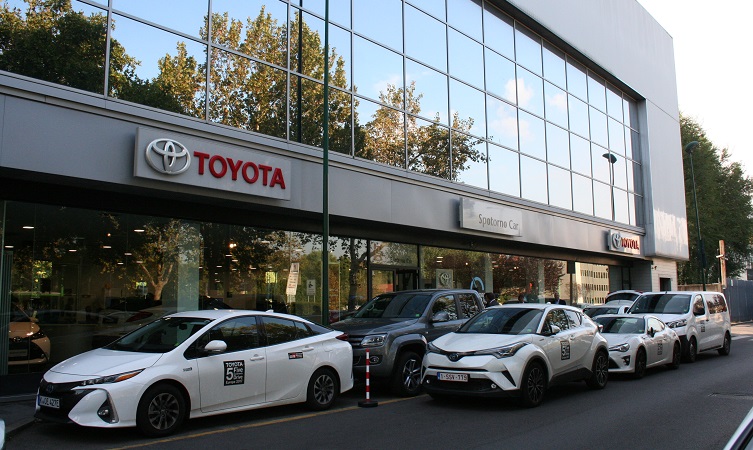 Following this insightful tour we hit the road with the aim of reaching Trafoi by the end of the day. Despite not wanting to be too distracted, it was impossible not to be wowed by the passing scenery: from the beautiful Livigno reservoir (see opening image) to the bucket list destination of the Stelvio Pass, widely recognised as one of the world’s best roads. Reaching up to 2,757 metres above sea level, it is the highest paved mountain pass in the eastern Alps. From such a vantage point, the descent into Trafoi was steep but very rewarding for the battery packs of our hybrid contingent. 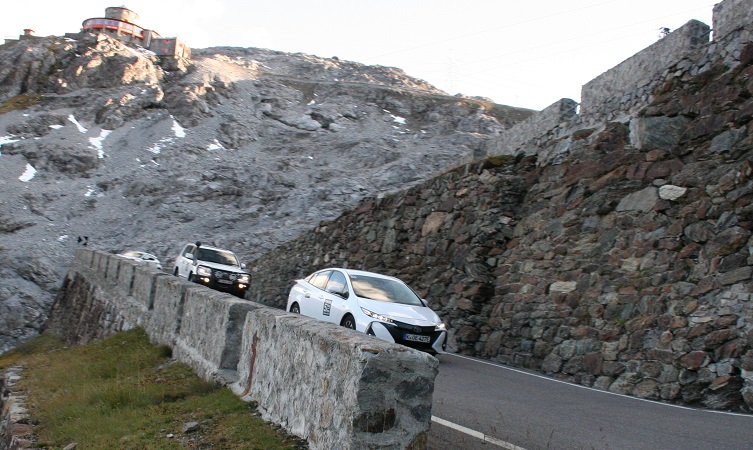 The last day of week two saw us pass through three countries in one day. Trafoi blurred into the distance as the team completed the final few bends of the Stelvio Pass, before taking our final Italian stop-offs in Bolzano and Perca – commemorated, of course, with one final pizza. 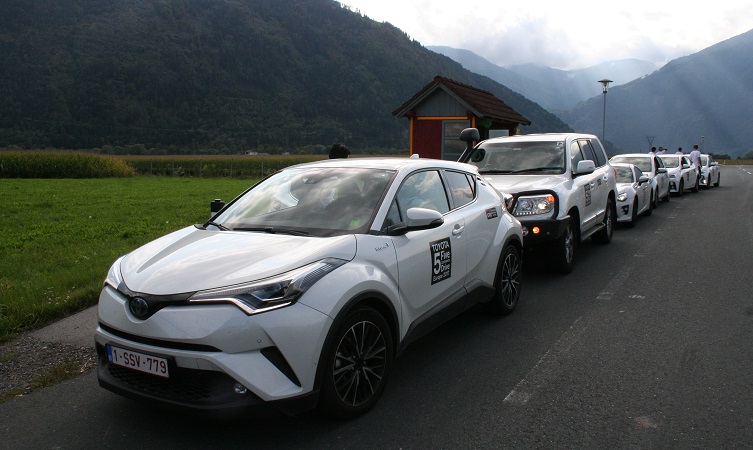 Moving briefly into Austria, the mix of highways and country roads delivered yet more stunning scenery. Huge mountains reared on both sides, while quaint villages appeared every so often to create intervals in the lush green landscape. Another talking point for the team was the unusually rough surface experienced through the Slovenian mountain tunnels. It felt as if there was no difference in texture between the ground and walls. 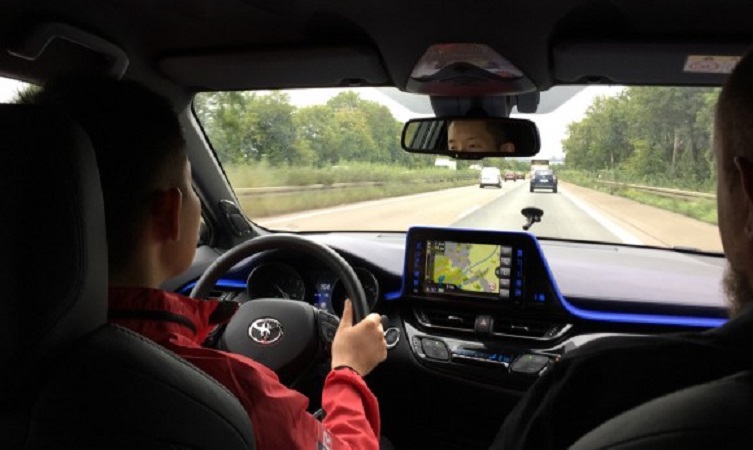 All feedback was recorded during the debrief meeting in our hotel in Ljubljana. The team was visibly tired after a long week of travelling and looking forward to a restful weekend.