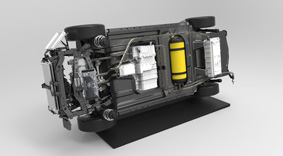 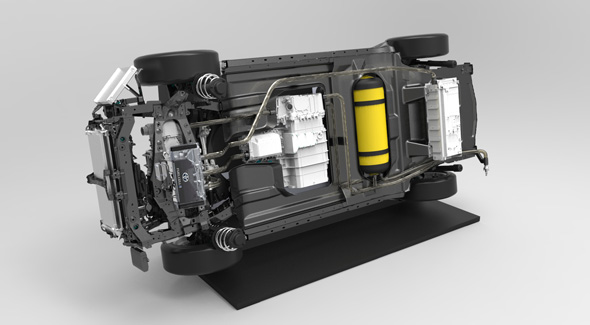 Having met the stringent criteria required by Japan’s Ministry of Economy, Trade and Industry – the first manufacturer to do so – Toyota can now increase production of tanks that can be used for safe storage of hydrogen fuel at up to 70MPa (700bar) pressure. This keeps the company firmly on track for the market introduction of its Fuel Cell Sedan in Japan, Europe and North America in 2015.

Japanese law requires all pressurised gas containers and accessories to be type-certified and made available for official safety inspections during the manufacturing process. Until now, Toyota’s hydrogen tanks also had to undergo a further inspection before being installed in a vehicle. The inspection schedules had a direct impact on its inventory control and the manufacturing timetable for Toyota’s FCV prototypes.

By being able to self-inspect the tanks it makes, Toyota can now streamline its FCV manufacturing process, while maintaining the highest quality and safety standards. As well as improving efficiency and productivity, this is also expected to help reduce the cost of FCVs.

To gain official approval (KHKS 0102) it has had to meet 194 requirements and demonstrate an appropriate high level of quality management. It prepared a quality manual and a set of inspection rules to provide a fully documented hydrogen tank quality management system that goes beyond its own operation to include affiliated parts suppliers.