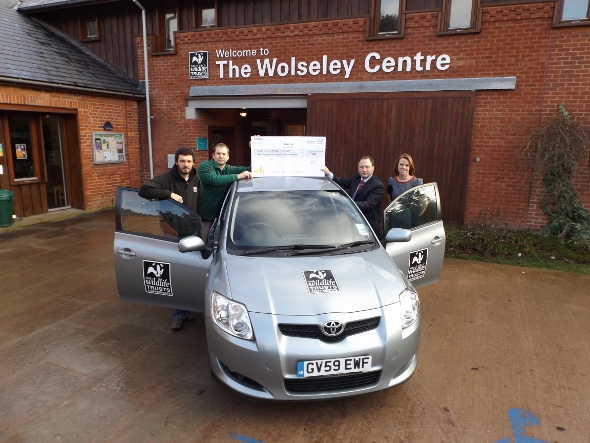 Toyota has donated £1,950 from its Fund for a Better Tomorrow to registered charity Staffordshire Wildlife Trust. The donation will allow the trust to further develop an established nature reserve by adding a new explorer trail.

Staffordshire Wildlife Trust’s new visitor trail will be installed at Doxey Marshes; a 300-acre area of wet grasslands near Stafford. A number of timbered posts, fitted with rubbing plaques showing visitors the animals and plant species that can be found on the reserve, will mark out the new trail. More than 200 bird species frequent the marshes, which are designated a Site of Special Scientific Interest (SSSI).

Speaking of securing the explorer trail funding, Helen Dale, Head of People and Property at the trust, said: “We are thrilled to have received the funding from Toyota to install this new feature, which will improve the enjoyment of countless families when they visit the reserve.”

Launched in 2012, Toyota’s Fund for a Better Tomorrow is a scheme that allows Toyota dealers to apply for funding from the company, to be donated to educational and environmental causes within the local community.

Gary Castledine, Business Centre Manager of WR Davies Toyota in Stafford, put Staffordshire Wildlife Trust forward for funding, having supplied the charity with a fleet of vehicles for its conservation workers, including Auris, Yaris and Aygo models.

He said: “We admire the work the trust does to conserve wildlife and help people enjoy and learn about the natural world on their doorstep. We’re delighted that we have been able to support what they are doing at Doxey Marshes through the fund, which reflects Toyota’s reputation as a leading “green” brand.”