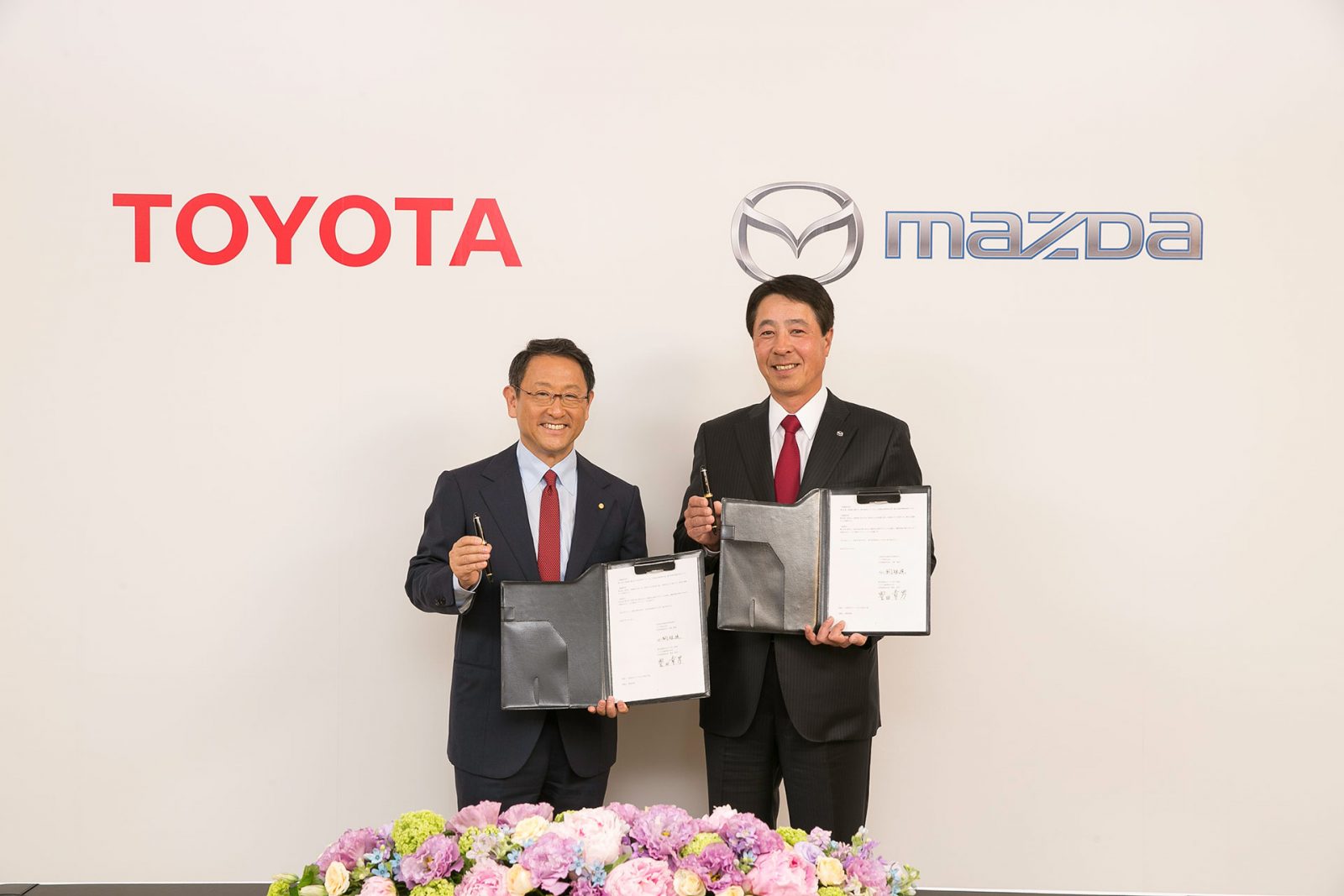 By leveraging the resources of both companies to complement and enhance each other’s products and technologies, the partnership will result in more appealing cars that meet the diverse needs and tastes of customers all over the world.

A joint committee will now be set up to evaluate how best to utilise each company’s respective strengths. The committee will encourage broad and meaningful collaboration across a range of fields, including environmental and advanced safety technologies.

Marking the agreement, Toyota President Akio Toyoda said: “As evidenced by their SKYACTIV Technologies and KODO―Soul of Motion design, Mazda has proven that it always thinks of what is coming next for vehicles and technology, while still managing to stay true to its basic carmaking roots.

“In this way, Mazda very much practices what Toyota holds dear: making ever-better cars. I am delighted that our two companies can share the same vision and work together to make cars better. I can think of nothing more wonderful than showing the world―together―that the next 100 years of cars will be just as fun as the first.”

Representing Mazda, President and CEO Masamichi Kogai said: “Toyota is a company that has shown steadfast resolve in acting responsibly on global environmental issues and the future of manufacturing as a whole.

“I also have tremendous respect for Toyota’s dedication in its pursuit of ever-better cars through ongoing innovation. Furthermore, Mazda identifies with the way Toyota cherishes its roots and all of the communities it is involved in. It is no wonder they are held in great esteem in return.

“I hope that by working together to make cars better, we can raise the value of cars in the eyes of consumers while also enhancing the manufacturing capabilities of our home, Hiroshima, and all the communities we are involved in as well.”

Mazda very much practices what Toyota holds dear: making ever-better cars. I am delighted that our two companies can share the same vision and work together. Akio Toyoda

Previous collaboration between Toyota and Mazda has included the licensing of Toyota’s hybrid technologies to Mazda and the production of compact cars for Toyota at Mazda’s plant in Mexico.

Toyota and Mazda recognise that there is considerable overlap between Mazda’s corporate philosophy of bringing joy to people through vehicles and Toyota’s commitment to making ever-better cars, as well as its dedication to company-wide structural reforms to realize true competitiveness and sustainable growth.

This latest agreement will go beyond the traditional framework of cooperation, aiming instead to create a whole new set of values for cars through wide-ranging medium to long term collaboration.