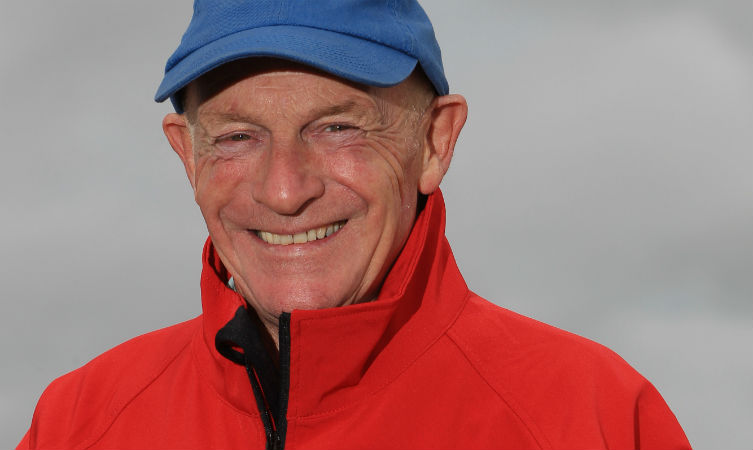 Matt Burt looks back to the 1986 and ’87 BTCC seasons, in which Chris Hodgetts grabbed a Toyota Corolla GT by the scruff of its neck to win back-to-back titles.

Giant-killing feats don’t come much bigger. Or louder for that matter, because both the bite and bark created by the Toyota Corolla GT (AE86) in the British Touring Car Championship during the mid-1980s left an indelible mark on British racing fans.

In the hands of Chris Hodgetts, the front-engined, rear-wheel drive coupé defeated many more powerful cars to win the BTCC drivers’ and manufacturers’ crowns in both 1986 and 1987. The combination of Hodgetts’ aggressive driving style and the raucous sound of the Corolla GT’s 1587cc naturally aspirated engine are still fondly remembered three decades later by those who warmed to the tale of this underdog beating the odds.

Variety was the spice of life in the mid-1980s BTCC. The series ran a multi-class system, with cars divided according to engine capacity. Points were awarded in each class, meaning the overall champion could come from any division. For 1986, Team Toyota GB needed an experienced frontrunner to pedal its Corolla GT in the 1301-1600cc category. Hodgetts fitted the bill, not least because he had previously enjoyed two seasons of success in a Celica GT in the BTCC in 1980 and 1981.

Hodgetts, then 34, shared Toyota GB’s desire to run a slick operation. “Although we were competing in the smaller class, we ran professionally,” he recalls. “I am a stickler for having things right. We had to do it properly and I was trying to make a mark for myself.”

The Toyota GB entry topped the class podium in the opening race at Silverstone, and Hodgetts never looked back, winning five more times in succession. That’s not to say that he had things easy; at every race he fought with bigger-engined cars from the classes above. He had to extract every last ounce of performance from the Corolla GT. With about 180bhp and 190Nm from its 1587cc engine, but weighing just 800kgs, the Corolla GT had a good power-to-weight ratio, but Hodgetts’ rivals in cars with more power could stretch their legs on circuits with long straights.

Hodgetts had to maintain momentum, which meant braking as late as he dared into the corners and launching the Corolla GT over the kerbs on two wheels. “The secret of getting the most speed out of the car was wringing its neck!” he laughs. “It was great fun to drive, very light and the engine was very strong.”

The victory streak lasted until Brands Hatch in August, when Hodgetts finished second in class in an unpredictable, monsoon-hit race, but he returned to class-winning ways at Donington Park and clinched the BTCC crown. It brought him great satisfaction: “I didn’t really intend to be a giant-killer – I wanted to win the BTCC, plain and simple – but I enjoyed mixing it with more powerful cars and took so much pleasure from beating them.”

Hodgetts relinquished his title-winning Corolla GT to motorcycle racing legend Barry Sheene for the final round and instead drove a second version sponsored by Demon Tweeks. After following Sheene for a few laps, Hodgetts pulled clear for another class victory.

Toyota GB and Hodgetts remained together for 1987. A new, improved Corolla GT was built: more horsepower was extracted from the twin-cam 16-valve inline four-cylinder engine and the suspension and brakes were uprated.

Hodgetts dovetailed his BTCC title defence with outings in the European and World Touring Car Championships. Occasionally he would race in two events during the same weekend, flying from Britain to mainland Europe and back again to compete.

“Driving was my job,” says the man once known as ‘the flying milkman’, in deference to his former career. “I wasn’t doing it for the fun of it – it was what paid the mortgage and put food on the table.”

In the BTCC Hodgetts won at Silverstone, Oulton Park and Thruxton. There was a rare blip during a second visit to Thruxton, where he suffered excessive tyre wear and was beaten by another Corolla GT driven by Geoff Kimber-Smith, but thereafter he went unbeaten.

It was a wonderful time. I was flat-out everywhere

Needell featured again in Hodgetts’ other memorable BTCC race in 1987. A novel two-driver endurance event was held at Oulton Park, with cars coming into the pits midway through the race to make a driver change.

Hodgetts and Needell each drove a Corolla GT, with the twist that they were partnering each other. They circulated nose-to-tail on the circuit, and then came into the pits on the same lap to swap machines. Changeable conditions almost wrecked the plan – the team’s mechanics only had one set of air guns with which to change the cars on to dry-weather tyres, so Needell had to remain on wet-weather rubber – but the results for that bizarre race show Hodgetts/Needell in third and Needell/Hodgetts in fifth…

Hodgetts has fond memories of the seasons with Toyota GB, and the run of two titles and 18 class wins from 20 starts cemented his position as one of Britain’s top touring car racers. “It was a wonderful time,” he says with a smile. “I was flat-out everywhere – and I still am today.”