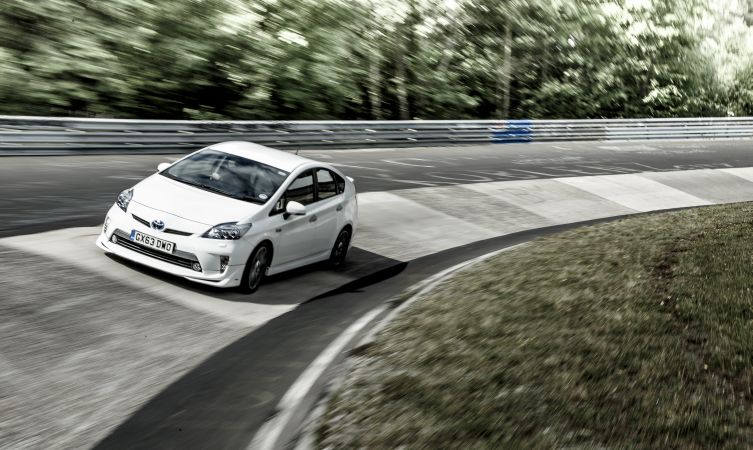 Our visual review of 2014 continues with the top five favourite videos we produced during the course of the year.

To give an indication of just how important video media is to Toyota GB, a total of 78 new videos were published on our YouTube channel in 2014. These demonstrated everything from informative how-to features to crazy stretches of the imagination. Why not see whether your favourites appear on our list below.

5. This first of two fun Aygo videos chosen for our top five is set in the real world – a busy pedestrian area in London where unsuspecting people (or birds) crossing a large ‘X’ on the floor experience the attention of four lads serenading and gently teasing them from the security of their nearby Aygo.

4. In this video we meet Yorkshireman and money-saving expert Christopher Pickup, one of the UK’s most enthusiastic and incorrigible exponents of hybrid. Once an aggressive driver that used to have to decide whether to tax his car or buy his wife a Christmas present, his decision to buy an Auris Hybrid has given him a new appreciation for energy-saving.

3. How do we get across the straightforward simplicity of living with and driving a hybrid vehicle? That was the question we pondered when coming up with ideas for this video. In the end, our eureka moment was the realisation that if it was simple enough for a child to explain, well, we should go ahead and let a child present the video for us…

2. Many people are aware that the cult AE86 Corolla GT Coupe was the star car of the famous Initial D manga series in Japan. Now, thanks to this video, Toyota has a modern-day manga character in the form of the new Aygo city car. But this cartoon was about more than simply connecting a new model with an illustrious past. Chief designer of the Aygo, David Terai, took inspiration from Japanese manga for the car’s design and distinctive front-end from treatment.

1. How often do you get to set a new, unofficial world record? Yet that is exactly what we accomplished – and in just one attempt – for this video above. The idea sprouted after learning that the average trip length in the UK was seven miles (14 mile round trip), which got us thinking about how the electric range of the Prius Plug-in perfectly matched this statistic. That led to us thinking about the most demanding journeys of a similar length… which then took us in the direction of the world’s most challenging public road, the Nurburgring Nordschleife in Germany. After watching the lead video, why not click the links to our behind-the-scenes videos for further explanations.