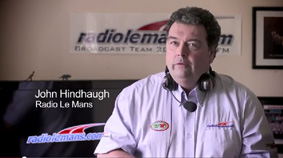 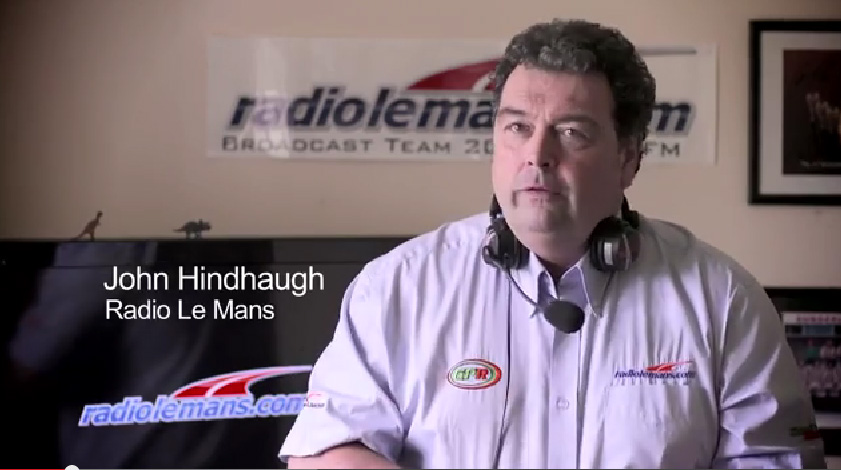 There’s no point doing the Le Mans 24 hours unless you do it properly. And doing it properly means not missing any of the action…

Keeping up with the action is not always easy, given the track’s vast size… But thankfully, there’s an answer. A soothing, welcome support mechanism that has been keeping the most ardent of racegoers alive and awake through the wee small hours for over a quarter of a century.

Radio Le Mans, with the distinctive tones of long-standing commentators John Hindhaugh and Paul Trusswell, first hit the airwaves in 1987. It was a basic affair, run from a grubby grey caravan that the crew towed over from the UK. It was backed by a small amount of funding from the TWR Silk Cut Jaguar team and the permission of the French authorities to broadcast on a local FM frequency that covered most, if not all, of the famous road circuit.

From its basic beginnings, Radio Le Mans quickly acquired cult status – today, it’s a successful business, with podcasts, digital and FM transmission and livestreaming from not only the Le Mans 24 hours, but all American LMP Series races and other major sports car events, such as the Nurburgring and Silverstone 24 Hour races. Or there’s the Radio Le Mans App, as that crackly transistor of the 1980s finally falls victim to the smartphone revolution.

It’s a far cry from the early days. That first year, Radio le Mans founders Neville and Richard Hay set up a ropey looking transmitter from the aforementioned caravan in the paddock, and used a temporary (and largely unreliable) phone link between the commentary box and the ‘studio’ in order to deliver a report that, if not live, was at least as close as it could possibly be to the action.

Overnight, the studio closed down and a music loop was played through the evening – though given the power pop of the era at least it would have been something with a bit of rhythm to keep you awake.

The precedent, though, had been set. Instead of debating with each other in smoky bars or trying in vain to listen to the live race commentary, delivered through tinny trackside speakers with a voice straight from the set of ‘Allo ‘Allo, British and American Le Mans pilgrims could get live, accurate coverage of who was where and what was going on in the race. Le Mans, and its very own English-speaking radio station, never looked back.

That other stalwart of the UK motor sport fraternity, Autosport Magazine, recognised that Radio Le Mans had the potential and provided some advertising for the station in 1988, which allowed them to multiply their staffing levels. Paul Truswell described the action from the ACO grandstand overlooking the pits, accompanied by Ian Titchmarsh, while a pair of BBC journalists with radio microphones (which, unlike today’s micro models weighed as much as a bag of sand) broadcast further information from the pit lane.

Legendary commentator John Hindhaugh, with his distinctive Sunderland accent, joined the crew in 1989, which would also be the first year where the radio coverage ran for a true 24 hours – the only interruptions to the service being either from hourly news bulletins and paid-for advertising, for it was the commercial input of the station’s sponsors that allowed it to grow so quickly and in such a short time.

As the Eighties begat the Nineties, Radio Le Mans expanded further. Instead of broadcasting just the race, the station operated the entire weekend, starting with pre-race build-up and the now famous ‘Mad Friday’ tour of the circuit’s many campsites, along with a number of more interactive features such as live phone-ins.

But perhaps the station’s biggest breakthrough came in 1997. Recognising both the limitations of FM technology and the potential of the internet to bring communities together, Radio Le Mans became one of the very first stations to fully embrace the digital revolution. That year, for the first time ever, the weekend’s events were broadcast via a number of web providers, bringing the by-now legendary commentary away from just the circuit, and direct into homes all across the world as the year’s biggest spectacle in motorsport unfolded.

From there, the station’s growth has been organic. Podcasts, livestreams, extended coverage to all LMP series races and, since 2005, a fully digital broadcast have allowed listeners all over the world to follow not just Le Mans, but the whole gamut of sports car racing.

And while there are those (and still a good many) for whom the appeal of a crackly transistor held to the ear at 3am is all part of the Le Mans experience, there are others who relish the station’s many advances.

If you can’t make it to the race this year, fear not – for you can still embrace the atmosphere. Tune in at radiolemans.com