Skip to content
Home New Tech News Pizza-making Toyota Tundra pick-up: How did they build it? 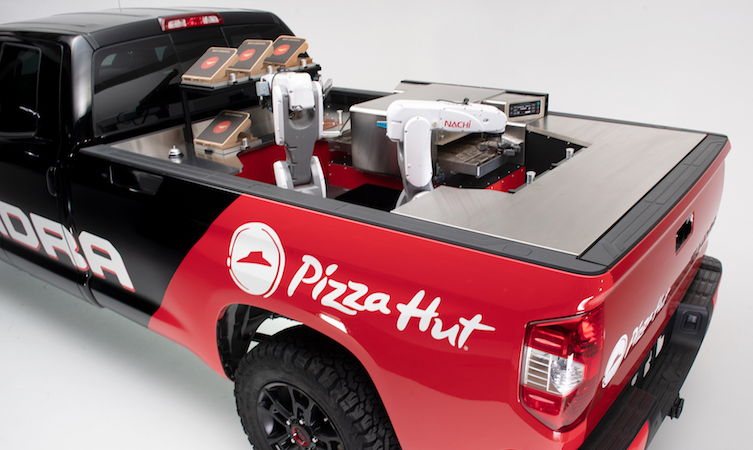 This one-of-a-kind Toyota Tundra has a very special party trick in its load bed – a self-contained kitchen capable of serving up piping hot pizzas.

How Toyota made the Tundra PIE Pro 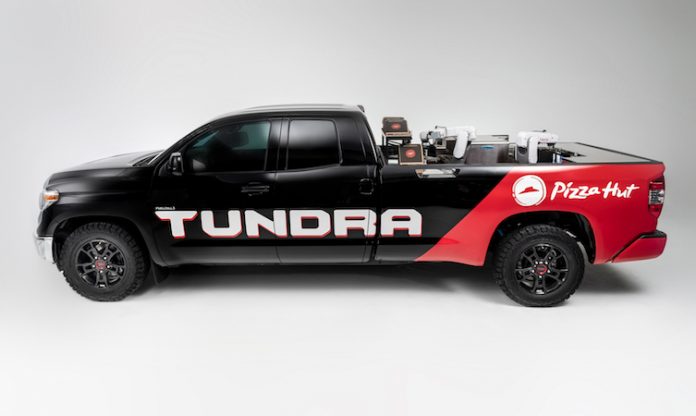 A road-going Tundra SR5 was torn down to a bare rolling chassis and then reassembled from the ground up. The conventional petrol-powered drivetrain was removed and replaced with a hydrogen fuel-cell electric power unit adapted from the Toyota Mirai.

The Tundra’s bed was converted into a virtual pizza factory on wheels or, as MTCI calls it, The Kitchen.

Totally self-contained, The Kitchen comprises a refrigerator, a pair of computer-guided articulating robotic arms and a portable, high-efficiency conveyor oven. All of the components can be powered by the hydrogen fuel cell electric powertrain.

How does the Tundra PIE Pro work?

From start to finish, the pizza-making process takes between six and seven minutes. When the process begins, the first robotic arm opens the refrigerator and removes the selected pizza. It places the pizza on the oven conveyor and returns to close the refrigerator door. 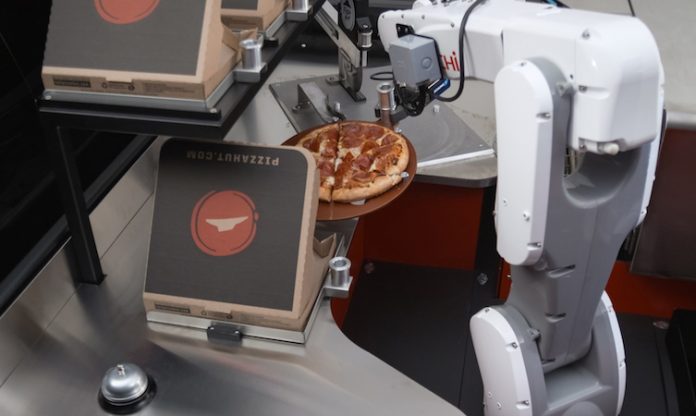 The pizza is then conveyed through a high-speed ventless oven. On the far side, a second robotic arm removes the finished pizza and places it on the cutting board. It then divides it into six identical slices, boxes it up, and delivers it to the customer awaiting on the side of the Tundra. 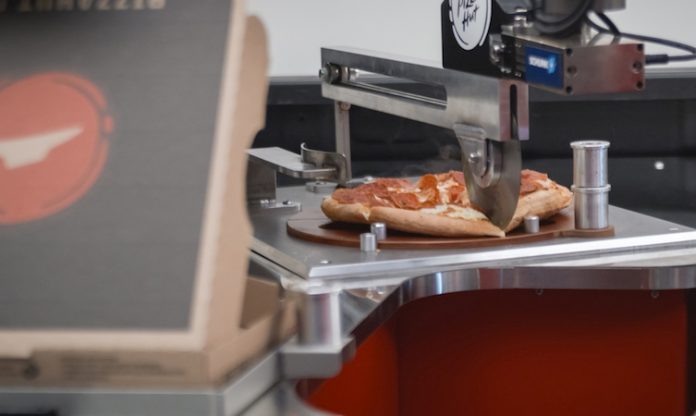 “As the flagship Toyota truck, the Tundra is a workhorse in the truest sense,” said Ed Laukes, Group Vice President, Toyota Division Marketing.

“Its great strengths are its extreme capability and eminent versatility, and what better way to illustrate that than by turning it into something completely unique – a hydrogen fuel cell electric-powered, pizza-making robotic vehicle!”

Who made the Toyota Tundra PIE Pro?

The Tundra was just one of the stand-out modified cars shown by Toyota at SEMA. Click here to enjoy some of the other highlights.

And the Tundra PIE Pro isn’t the first food-inspired Toyota vehicle. Check out this Tundra with a built-in barbecue grille.