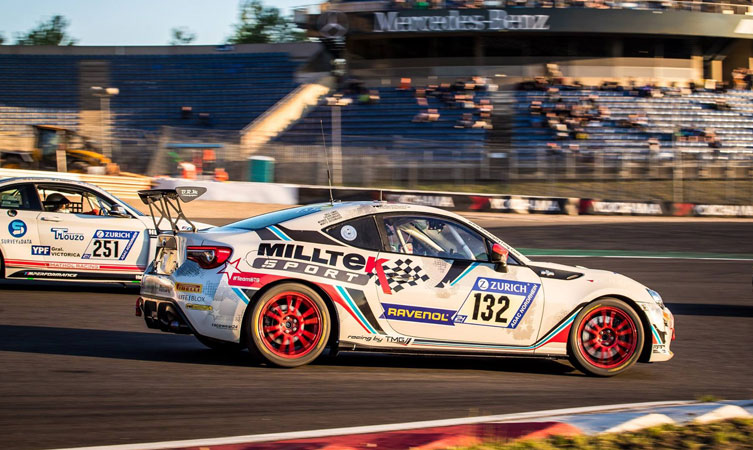 Milltek Sport grabbed a last-lap podium in last weekend’s Nürburgring 24 hour race in a Toyota GT86. After a tough 23 hours hard racing, the nail biting conclusion came when driver Dale Lomas drove the final two laps on slick racing tyres when the heavens had just opened. Dale reveals the inside story on a remarkable team effort.

Motivation. A simple concept with a million different factors. Let’s be clear, nobody volunteers to play any role in the Nürburgring 24 hour race because they think it’s going to be easy. It’s never, ever, a breezy weekend playing with cars. 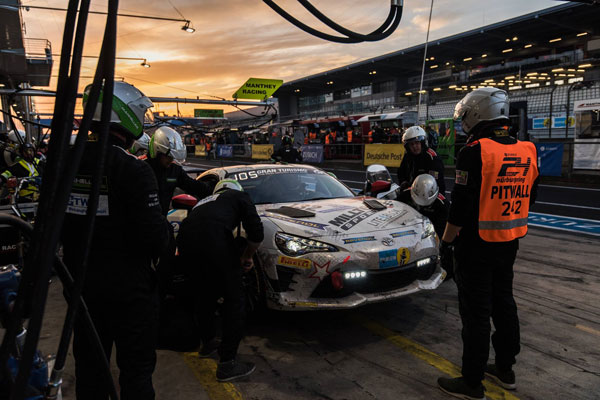 Unsurprisingly, there’s a lot of focus on the motivation of the drivers; the heroes in the fireproof pyjamas who lift the trophies and take the risks. Which is daft, because we have the best motivation of all. Hours and hours of endorphins and adrenaline behind the wheel of a racing car, on the toughest track on Earth, and a trophy at the end. Who wouldn’t try their hardest for that?

The real heroes are in the pits

The real heroes are in the pits. Our Toyota GT86 Cup couldn’t have battled and beaten Porsches, Ferraris and BMWs without perfect preparation and a dedicated team. And our mechanics were doing it more for the love than the money. 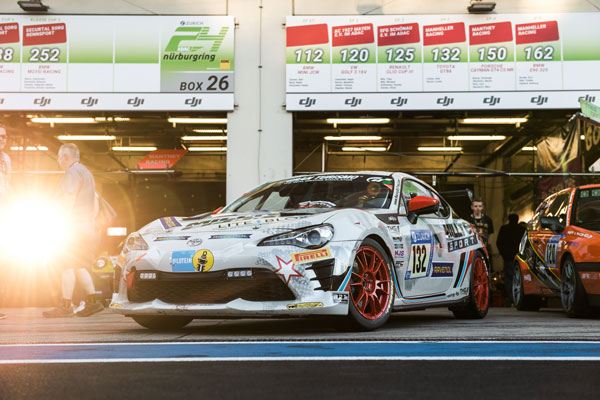 A 24 hour race like the Nürburgring really is the ultimate test of that motivation. It starts with the travel, heading out at the crack of dawn, several days before the car is scheduled to turn a wheel. Pit boxes need to be prepared and built, trucks packed and unpacked, paperwork completed.

Then comes the actual work of setting up the car, organising and changing tyres on 20 different rims. Every time the car runs, those rims need cleaning. The car needs cleaning. Rubber ‘pick-up’, the sticky detritus of a thousand driven laps per hour, is in every nook, cranny and orifice. 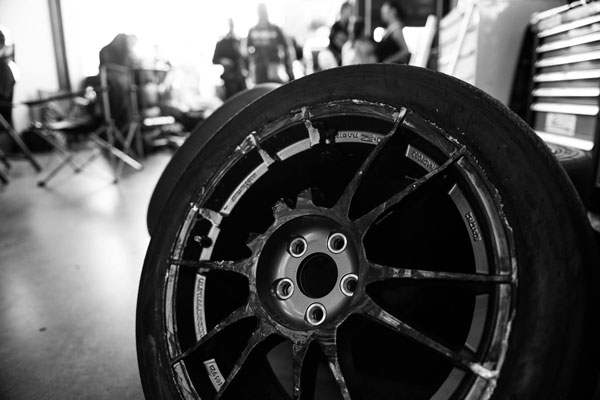 But just because our GT86 Cup Car looks clean, doesn’t mean it’s ready for the race. Oh no. Service schedules dictate that before we begin our 2000-mile race, we check every nut, fastener and fluid level. Most pieces need checking, many need replacing. That’s racing!

Now it’s Saturday morning and nobody’s had an easy week. This is how you start the Nürburgring 24 Hour: buzzing, but already slightly fatigued. The drivers get the benefit of a 2.5-hour adrenaline buzz. 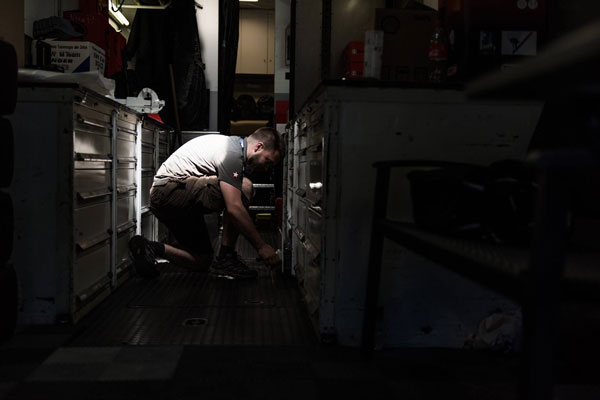 That’s how you start the Nürburgring 24 hour, buzzing, but already slightly fatigued

The pit crew have to operate at peak efficiency whenever they’re called upon. That might be once every 2.5 hours if everything goes right, or it might be twice in ten minutes if something goes wrong.

For us, it was more the latter than the former. Two hefty impacts and a lot of fault fixing later, it was our pit crew and helpers who kept us close enough to the podium positions to be in with a chance. 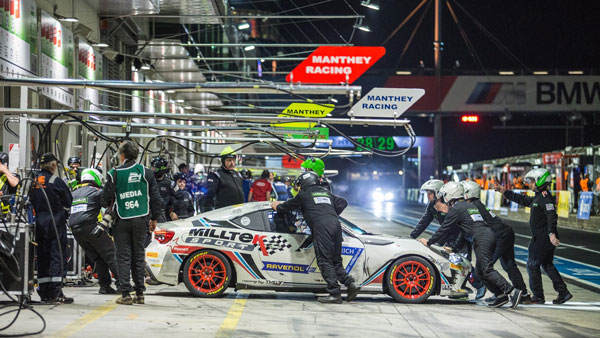 The last driver in the car might have driven it over the line, but it’s the relentless persistence of every single man and woman in the team that really won the trophy. 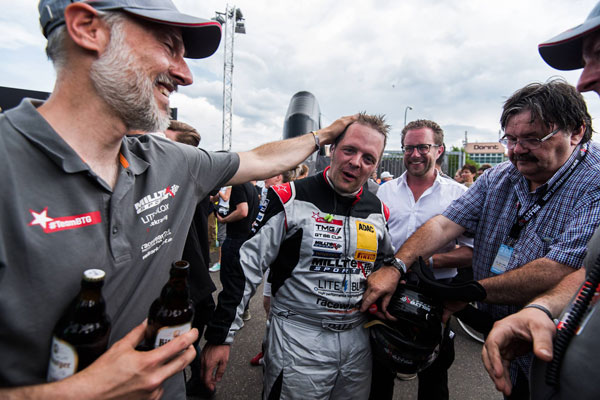 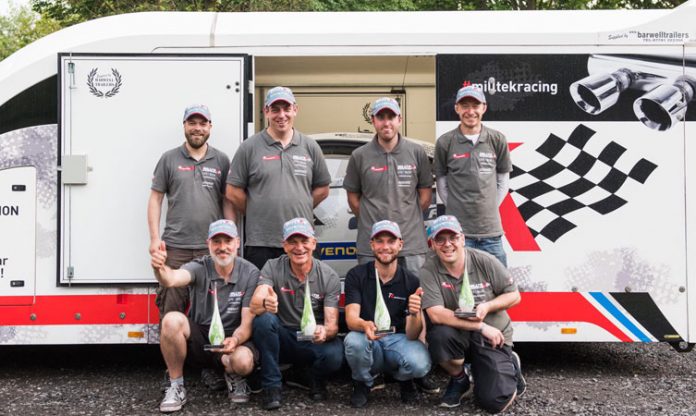 Watch driver Dale Lomas talk through the final two laps of his Nürburgring 24, deciding whether to pit for wet tyres or stay on dry racing slicks.