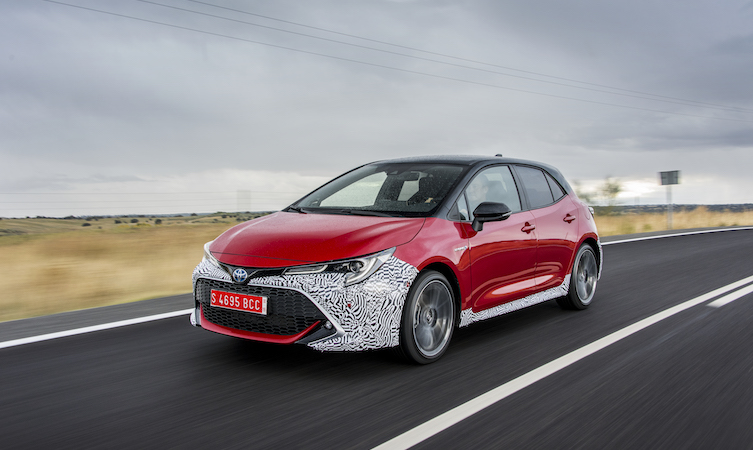 Anticipation is building ahead of the official launch of the Toyota Corolla in the UK early next year, but a handful of key motoring journalists have already had their appetites whetted by drives in pre-production versions of the new model.

Influential scribes representing brands including Autocar, Auto Express, Car, Car Buyer, Parkers and What Car? sampled pre-production versions of the Corolla 1.8 Hybrid and the 2.0 Hybrid, in both Hatchback and Touring Sports body styles, on roads around Madrid in late October.

Their verdicts were published this week, with Auto Express going so far as to declare the Corolla “Toyota’s most convincing family car in a generation”.

The excerpts below offer a flavour of what the media is saying about the new Corolla. To read their full online test reports, click the emboldened links. 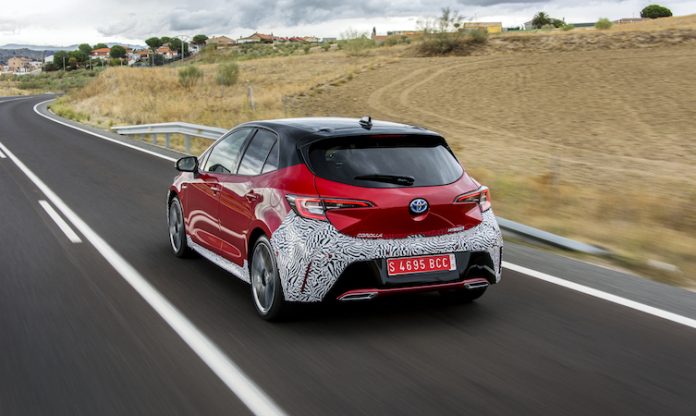 The new Toyota Corolla has taken a giant step forward

“What we can say for now is that the new Corolla has taken a giant step forward, and that in terms of cabin quality and refinement, comfort and dynamic capability it is up there fighting among the very best.

“Likewise, you would hope, Toyota’s famed reputations for both reliability and customer service should continue to add credence for buying one.

“This new hybrid powertrain is more of a success than any that has gone before it at Toyota, thereby widening the options for buyers, and its warm performance will make it an interesting choice.

Read the full Autocar review of the Toyota Corolla 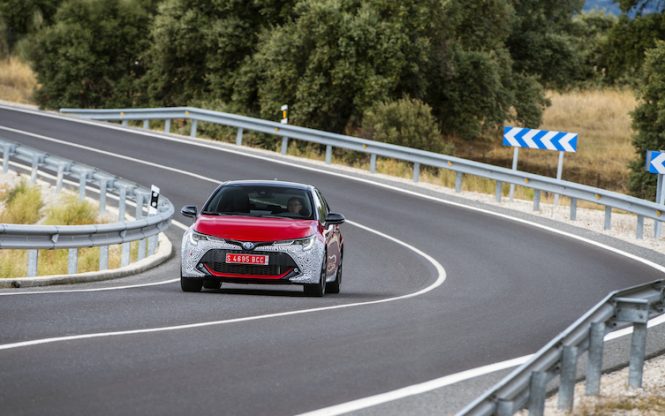 “Make no mistake: this is the Japanese manufacturer’s most convincing family car in a generation… in general, the wider acceptance of hybrid tech (and the driving technique required to get the best from it) should help the Corolla to find lots of new customers. It deserves no less.” 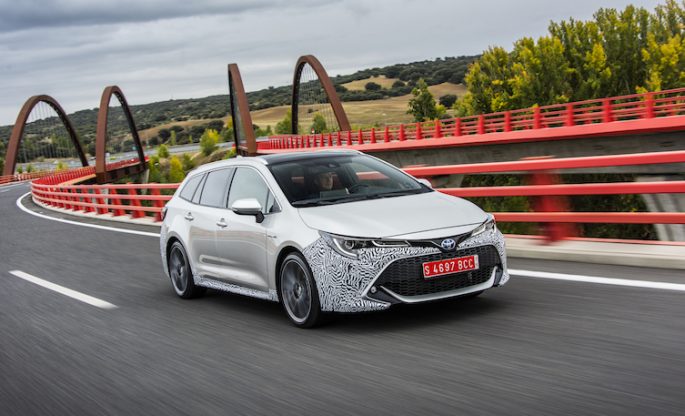 “The 2.0-litre Corolla Touring Sports makes a decent case for itself so far… as an efficient, refined and composed rival for small-diesel and turbo-petrol versions of the likes of the Golf Estate and Focus Estate, Toyota’s offering does have merit.” 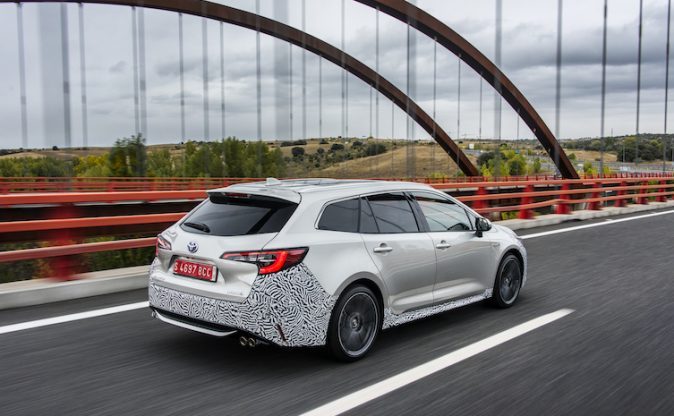 The interior is a vast improvement on the old car, frankly

“While styling is largely subjective, doesn’t it look slick? Even in pre-production camouflage, those rounded bumpers and wheels pushed into the corners make it significantly more interesting to look at than the Auris, that’s for sure.

“This time round, it may even tempt some away from the default Golf-shaped purchase those on autopilot tend to make.

“[The interior] is a vast improvement on the old car, frankly. The surfaces are much softer both to look at and touch. It’s also much more modern thanks to a clever digital dashboard display offering a range of different informative pages… overall think [Toyota] C-HR, but a bit less futuristic.”

Read the full Car review of the Toyota Corolla 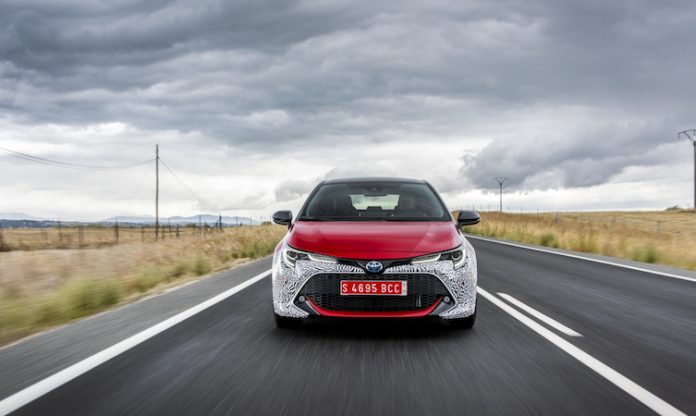 “On the road, the car had enough power to comfortably get up to speed, while the added electric power should help the Corolla to match diesel estates when it comes to carrying larger loads… as an efficient and well thought-out rival to capable rivals like the Ford Focus, the forthcoming estate looks promising.”

Read the full Car Buyer review of the Toyota Corolla 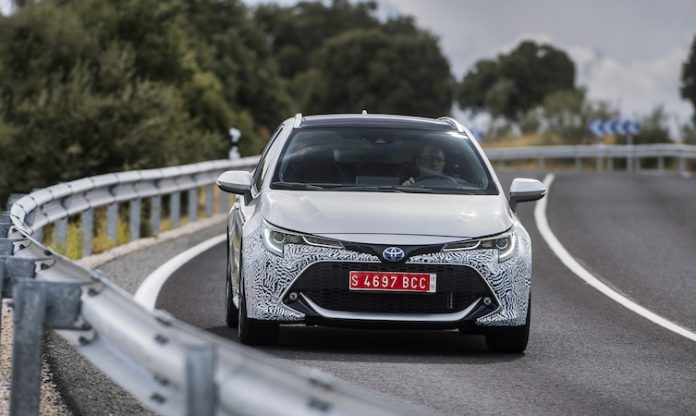 “We found the 2.0-litre to be willing where the old Auris would have been very out of its comfort zone – it’s still not exactly a hot hatch but the more powerful Corolla provides confident performance this time around.”

Read the full Parkers review of the Toyota Corolla 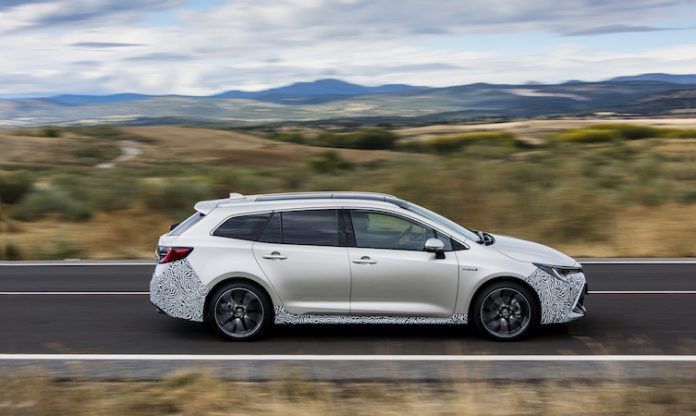 “The car grips the road well and tells the driver exactly what its front wheels are doing. Dynamically, the Corolla errs slightly more towards entertaining than being comfortable, but on mostly smooth roads, at least, it manages to deliver both.

“What’s clear for now is that the new Corolla is mostly a very good all-rounder and, thanks to its hybrid power and dynamic leaning, different from many rivals.”

Read the full What Car? review of the Toyota Corolla 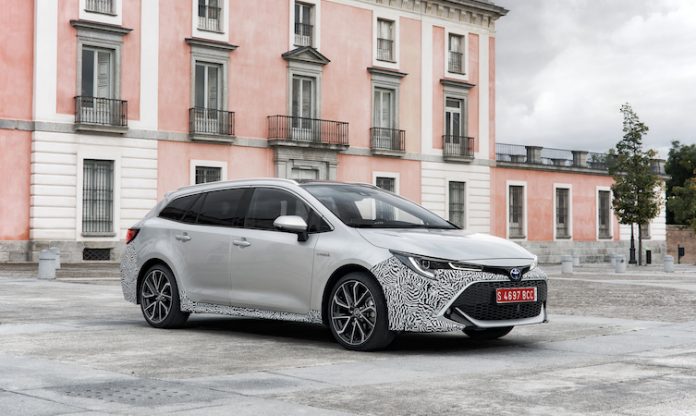