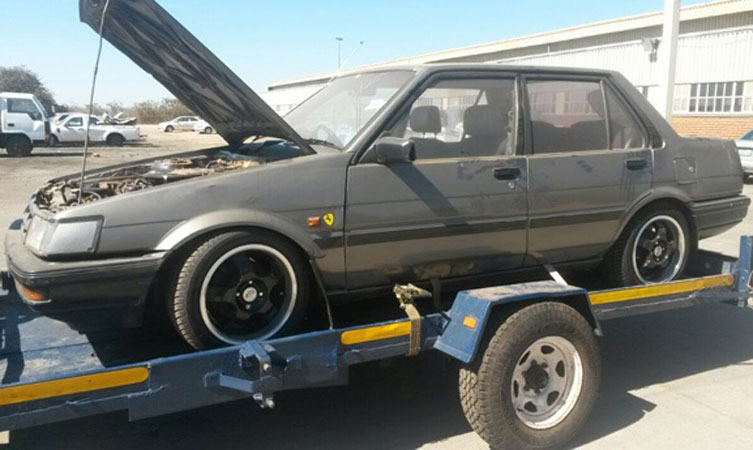 Derrick Goosen’s Toyota Corolla was stolen back in 1993, but 22 years later the South African has been reunited with his car – and is delighted to find the car is still in ‘mint’ condition.

News 24 website reported that Goosen’s Corolla was stolen in Pretoria in October 1993. However, after some sterling investigative police work following the car being picked up from a roadblock in Limpopo last year, Goosen picked up his car last week.

“If a car is stolen a year ago, you go to the police pound and you find a skeleton there,” he said. “But this car was very well looked after. It’s still in mint condition.

“The car was of sentimental value to me. I loved it and I am grateful I’ve found it.”

The Corolla is described as being in good condition, fully functioning and had been used as a taxi for many years.

South African Police recovered the car last year but discovered the chassis and engine VIN numbers had been scratched off. They persevered, taking seven months to identify the car and contacted Goosen last month.