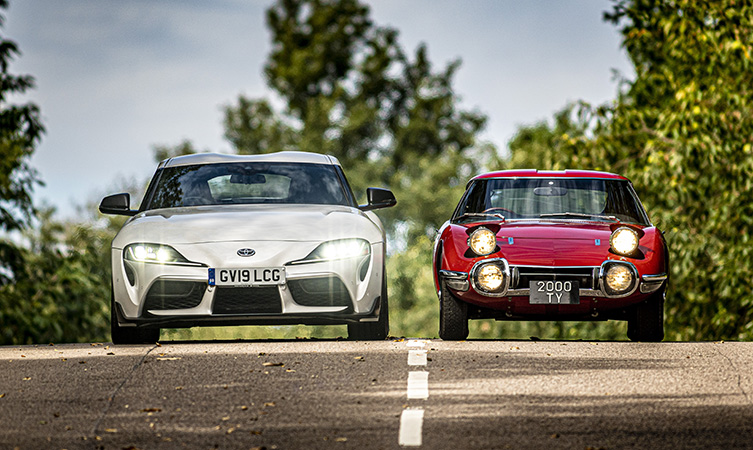 It has been said that in order to understand the present you first have to examine the past. This is one of the reasons why Tetsuya Tada, chief engineer of the new GR Supra, was determined to build on Toyota’s rich sporting heritage when developing Toyota’s new sports car. 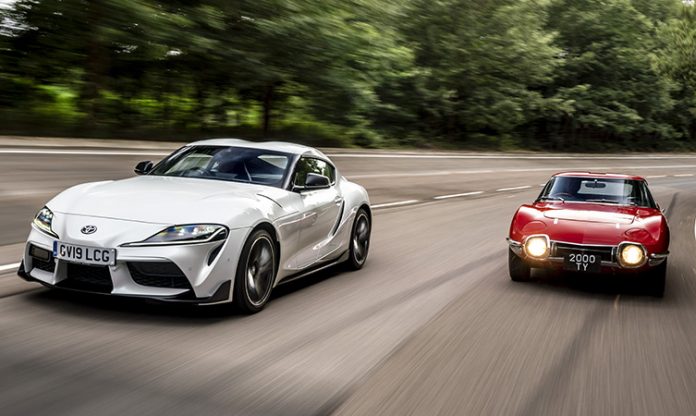 The model that was most influential in this respect is the car you also see in these images, the legendary Toyota 2000GT of the late Sixties. A revered classic and Japan’s first supercar, the 2000GT was conceived in the mould of traditional European sports cars, which dictated that a powerful engine should reside up front and send drive to the rear wheels, while driver and passenger were positioned within the wheelbase for optimum balance.

Adhering to that purist influence informed the design of the Toyota FT-1 concept, which, in turn, provided the design cues of the new Toyota GR Supra. And we immediately see that evidenced in the silhouette of the new Supra. It has a long bonnet, compact passenger compartment and coupe roofline, not to mention the traditional front-engine, rear-wheel drive layout lurking underneath. 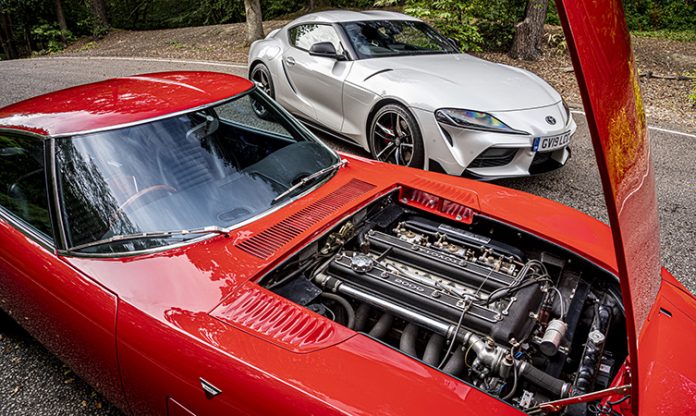 Kindred spirits: echoes of the past

But similarities between the 2000GT and fifth-generation Supra extend much deeper, revealing that the two cars are very much kindred spirits. Half a century may separate them in time but both are infused with thoroughbred DNA. Let’s examine some of the less obvious design and engineering references.

Look first at the curvilinear form of the front wings and how the area immediately above the wheels protrudes above the bonnet line like a tensed muscle. Or how the cars use a similar glasshouse design, from the wraparound windscreen to the arrangement of the side windows. Bonnet vents are inserted just forward of the A-pillars, while both cars also feature a double-bubble roof to maximise internal headroom and improve aerodynamics without increasing the overall height of the roof panel. 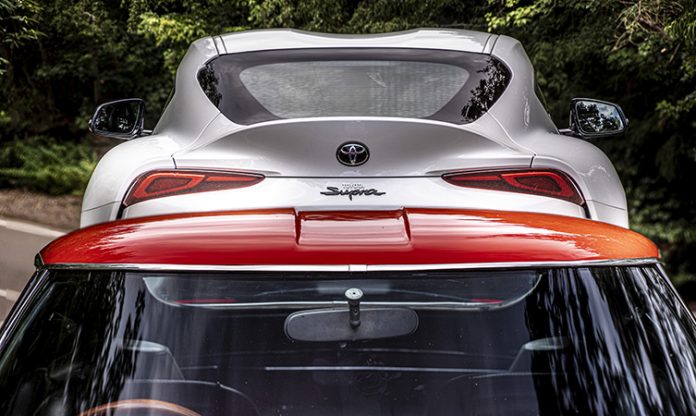 Both 2000GT and new GR Supra display muscularly blistered rear quarters, leading to a lift-back hatch that is gently pinched into an upward contoured spoiler. Twin exhaust pipes still hint at the power lurking under the bonnet.

With regards to the engine, it remains a longitudinally mounted straight six, which is an increasing rarity in today’s world of downsized powerplants. In an interesting precedent, development of the 2000GT’s engine, as well production of the car itself, was entrusted to Toyota’s technical partner Yamaha. And in a neat historic parallel, we find something similar occurring today, with the GR Supra’s engine supplied by technical partner BMW and production of the vehicle itself carried out by Magna Steyr. 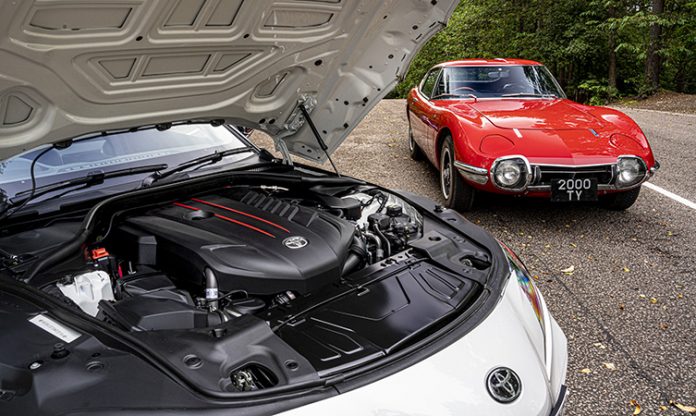 Only 351 examples of the Toyota 2000GT were ever produced, 14 of which were set aside for racing and other projects and therefore never used on the road. So it is no surprise that this classic Toyota has become the world’s most expensive and sought-after Japanese car, with pristine examples now commanding seven-figure price tags.

Fortunately, no constraints have been set on GR Supra production, although demand is high. At least the starting list price is set at a more reasonable £52,695. 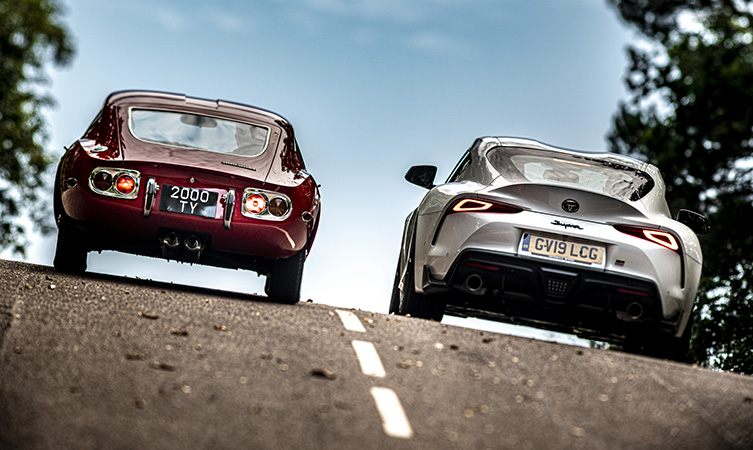 During development of the new Supra, the engineering and design teams were free to express their visions of a pure and individual sports car in a truly original design. And while certain elements – such as the powerful curves of the rear wings – push the boundaries of manufacturing, the overall vision is of an indisputably modern machine that evokes the romance of classic sports car styling.

Isn’t it time you built your own Supra?