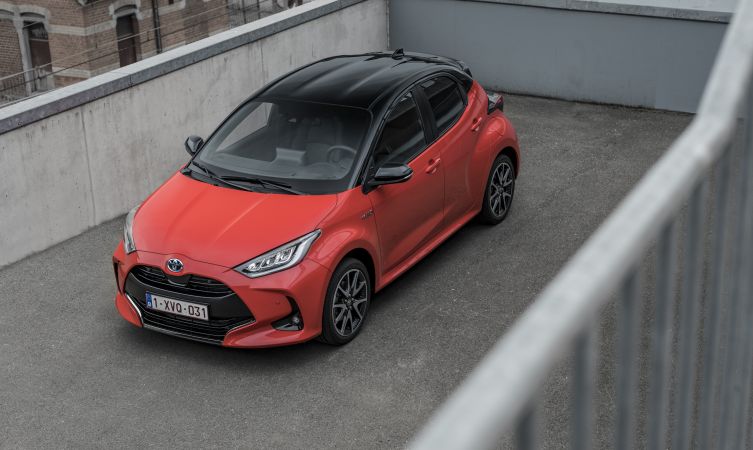 The all-new Toyota Yaris is on sale now, with the first deliveries to customers scheduled to commence in September.

It’s an exciting moment in Toyota history, where the fourth-generation of our innovative supermini meets fourth-generation hybrid powertrain technology. This opportunity delivers a car that meets the demands of urban life yet is engaging to drive on the open road.

We believe the all-new Yaris is the smartest, most efficient, dynamic and stylish supermini we’ve ever produced. Over the next four posts we will examine key areas of its repertoire, but let’s begin with a brief overview, as introduced by Matt Harrison, executive vice president of Toyota Motor Europe.

Chief engineer Yasunori Suezawa (below) had a clear vision of what the new Yaris needed to deliver at a time of radical change in the motor industry. He said: “We reconsidered the values required of a compact vehicle as we moved into the next generation. The essentials are fuel economy, safety, spaciousness, usability and performance. But we must also deliver enjoyable driving to each and every customer – a quality we express in the new Yaris theme of Ready to Go.”

The development programme gathered skilled people from our planning, design, production engineering and manufacturing divisions into a group that became known internally as The Compact Car Company. Their collective ambition was to apply the Toyota New Global Architecture (TNGA) platform philosophy to a small car and introduce a new variation that will underpin a series of new models.

Known internally as GA-B, this new TNGA platform is central to the improved dynamic performance of the all-new Yaris, giving a lower centre of gravity and much greater body rigidity. Its layout also freed the designers to create a more distinctive and athletic-looking car with an appealing new interpretation of the Yaris identity.

The new model uses the latest evolution of our renowned hybrid electric powertrain, which offers even-better fuel economy, lower emissions and the ability to operate in zero-emission and zero-anxiety EV mode at much higher speeds and over longer distances.

Reinforcing its reputation as a segment leader in safety, the new Yaris again raises the standard. As well as being the first Toyota to be equipped with centre air bags, the model benefits from a greater range of Toyota Safety Sense systems. These include a Pre-Collision System that can detect pedestrians even at night, and a segment-first Intersection Turn Assistance system that warns the driver of collision risks at road junctions.

Has this introduction intrigued you to learn more about the all-new Yaris? Over the next four days we will reveal much more by examining the car in the following categories:

A brief history of Yaris

The Toyota Yaris has an impressive history of innovation. The first-generation model (1999 to 2005) won European Car of the Year and was distinguished by its Big Small character, which created Tardis-like space within a compact footprint. Its successor (2005 to 2013) was the first supermini to achieve a five-star Euro NCAP safety rating, while the third-generation model (2013 to 2020) introduced hybrid electric power to the small car market and made further advances with the standardisation of Toyota Safety Sense systems.

Over the past 20 years, Yaris has become our best-selling model in Europe. With the fourth-generation car, Toyota aims to make the new Yaris the world’s safest small car.