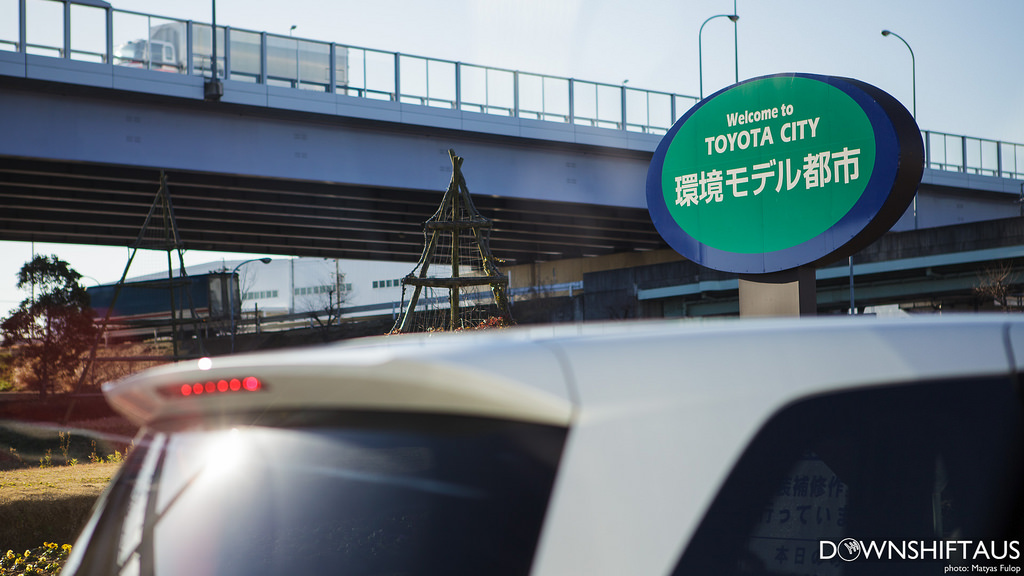 Toyota City in Japan’s Aichi Prefecture is the global headquarters of the Toyota Motor Corporation. Comprised of 15 Toyota-owned buildings – a mixture of offices, training centres and manufacturing plants – Toyota City spans 918.5 square kilometres, which is the equivalent of more than 125 football pitches.

We cast our eye over some of the rare and unusual Toyota cars that the Downshift team photographed whilst visiting the city.

For the 2012 launch of the Toyota 86 – GT86 to us Brits – Toyota Motor Corporation formed a partnership with tuner and motorsport sponsor Gazoo Racing.

The partnership was designed to broaden the appeal of motorpsort both in Japan and globally, and encourage a new generation of Toyota sports car fans.

Gazoo entered two 86 models into the 40th Nürburgring 24-hour endurance race in May 2012. Mechanically, the cars were identical to their road-going counterparts, but the rear seats were removed, a roll cage was fitted and the pair rode on Bridgestone Racing tyres – extra props can be awarded to the 86 photographed for its ‘steelies’.

One finished first in the SP3 class and 46th overall out of the 169 cars that start the race, the other sixth in class and 65th overall.

The Toyota i-Road made its world debut at the 2013 Geneva Motor Show and was initially touted solely as a concept. Powered by a lithium-ion battery and a pair of 2kW motors mounted in the front wheels, the i-Road seats two – one behind the other – and can travel up to 30 miles (50km) on a single charge.

Like a motorcycle, the i-Road ‘leans’ through corners. Its stability is managed by Toyota’s Active Lean Technology . The system comprises a lean actuator and gearing mounted above the front suspension member which is linked to the left and right front tyres. An ECU calculates the required degree of lean based on steering angle and vehicle speed.

Soon after the Geneva Motor Show, it was announced that the i-Road would be included in Toyota Motor Corporation’s ‘Harmonious Mobility’ or ‘HA:MO’ vehicle trials at Toyota City. HA:MO is a scheme that seeks to address inner city congestion and pollution by encouraging residents to car share and make use of small electric vehicles in the same way that they would a Boris Bike.

From October 1 2014, the i-Road ceased to be a concept when 35 vehicles were made available in the French city of Grenoble to members of the public signed up to a car hire scheme called ‘Cite Lib’. Once subscribed to the service, subscribers can see the real-time location of i-Roads that are charged and ready to use on PC and on mobile and pick one up from one of 27 charging station located throughout the city.

Unveiled at the 2014 Tokyo Auto Salon, the TE-S800 Roadster was designed to show the flexibility of the plug-in hybrid powertrain underpinning the Prius Plug-in.

Underpinned by the same 1.8-litre 4-cylinder 16-valve double overhead cams petrol engine and electric motor as the Prius Plug-in, total power output for the TE-S800 was 134bhp. The car was extremely lightweight as it was build on the platform of the W30 MR2 (MR-S in Japan), which had an extremely low kerbweight of 970kg.

There is no official word from Japan yet as to whether anything resembling the TE-S800 will make production – it would make an interesting rival to the Tesla Roadster!

Tokyo Auto Salon is known for throwing up a few surprises and 2013’s show was no exception when Toyota turned up with the 555TES Minute-S concept.

Described as a ‘three-wheel compact commuter car’, the 555TES used a 250cc motorcycle engine sourced from Yamaha and employed the running gear of the Toyota Aqua, a compact hybrid hatchback known as the ‘Prius C’ in the US.

Ubiquity has dented the impact of the word ‘legend’, but there simply isn’t a word more apt to describe the 70-series Land Cruiser.

On sale in Japan for two decades and here in the UK for 12 years, the 70-series Land Cruiser is regarded by many as the ultimate go-anywhere vehicle. So highly regarded is the 70-series that in 2014, Toyota Motor Corporation responded to calls to bring the put the car back into production after a 10 year hiatus and 30 years since it first debuted. The car will remain on sale until later this year.

The double-cab model pictured in Toyota City is a new example and is equipped with a 4.0-litre V6 diesel engine. The combination of a ladder frame chassis and a low-range gearbox ensures optimum mud-plugging ability.