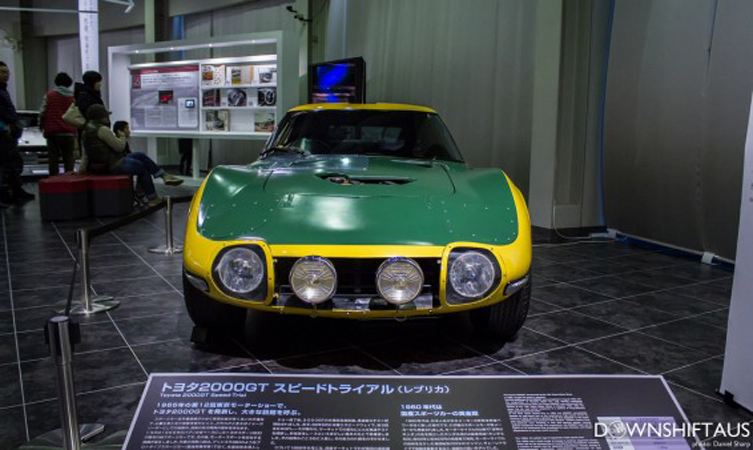 The Toyota Automobile Museum in Nagoya, Japan, is considered to be one of the world’s finest automotive museums. Featuring important cars from Toyota and many more of the world’s most respected car marques, its collection spans more than a century of motoring.

Back in January 2015, the popular Australian motoring website Downshift paid a visit to the Toyota museum with Toyota Australia.

In the second of two posts, we look at some of the Toyota cars that the Downshift team photographed whilst inside the museum and reveal little known facts about those vehicles contained in each image.

We extend our thanks to Downshift for allowing us to share the stunning pictures with you. 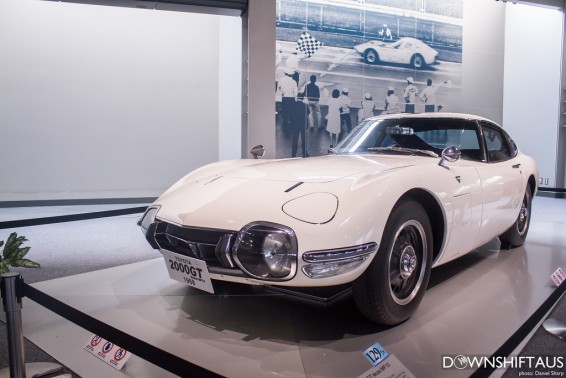 The 2000 GT needs no introduction. Bond car, Endurance racing champion and the only production Toyota car to sell for over $1m at auction – it is credited with making the Western world sit up and take notice of the Japanese car industry and has become one of the most sought-after classic cars on the planet.

Development of the 2000GT was overseen by project leader Shoichi Saito. According to Toyota Motor Corporation (TMC), Saito instructed his team of engineers to “Do whatever it takes” to not only produce the 2000GT, but make it one of, or perhaps even the greatest car in the world. 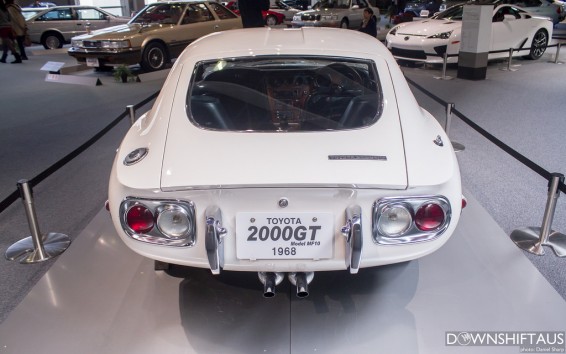 Saito’s vision was realised in 1965 when the 2000GT was unveiled in ‘280-A1’ prototype form at the 1965 Tokyo Motor Show. Two years later, the car went to market. Its svelte body was designed in-house and under the skin sat a 2.0-litre inline six-cylinder dual overhead camshaft engine. The 150bhp unit bestowed a 138mph top speed upon the car and a 0-62mph sprint time of 8.6 seconds. 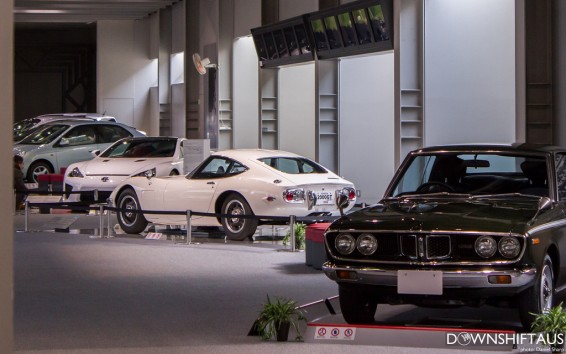 Perhaps the most famous element of the 2000 GT was its wheels, which were constructed from lightweight magnesium, contributing to a low vehicle kerbweight of 1,120kg. 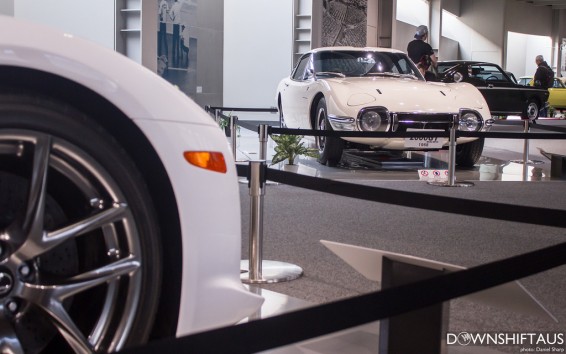 1. The 2000 GT was Japan’s first purpose-built Gran Turismo (GT) car. A GT car is a high-performance car that has the pace of an out-and-out sports car combined with the long distance cruising capabilities of an executive car.

2. The 2000GT appeared in convertible form as James Bond’s vehicle in the 1967 film You Only Live Twice. Contrary to popular belief, the 2000GT was never officially offered as a convertible. The car used in the film was a prototype. Two prototypes were converted into drop-tops because Sean Connery, the actor portraying Bond at the time, was too tall to fit into the standard car.

3. Before its general release, the 2000GT had made quite a name for itself in motorsport. In October 1966, a green and yellow 2000GT took the now defunct Yatabe Test Course in Japan. Running for three days and six hours, the car set 16 FIA world records for speed and endurance. The original car was involved in a car crash and was destroyed by the resulting fire. Pictured below is an exact replica that now resides in the automobile museum. 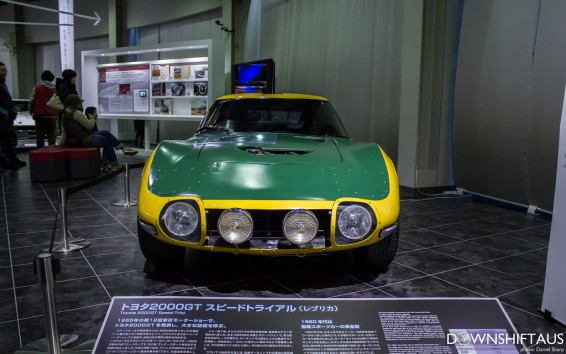 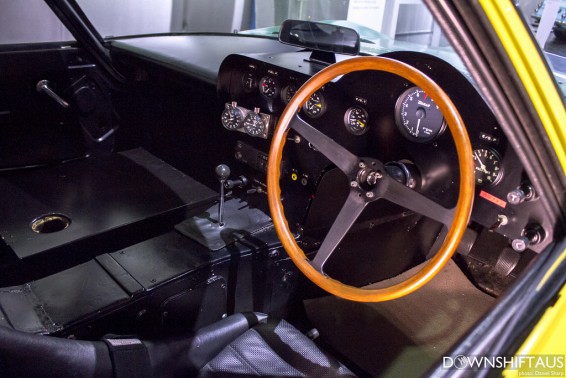 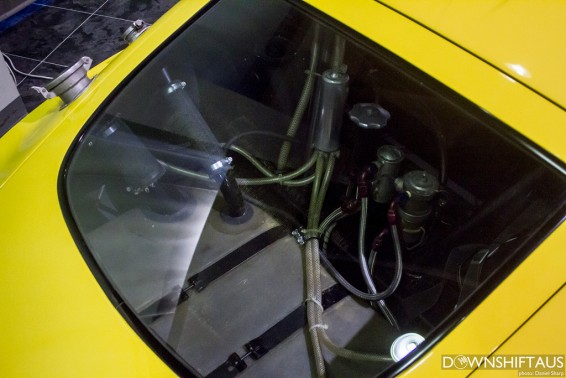 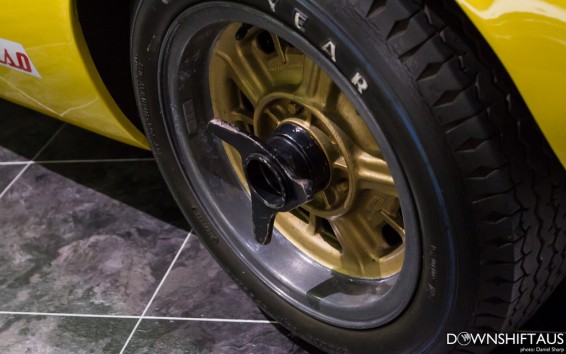 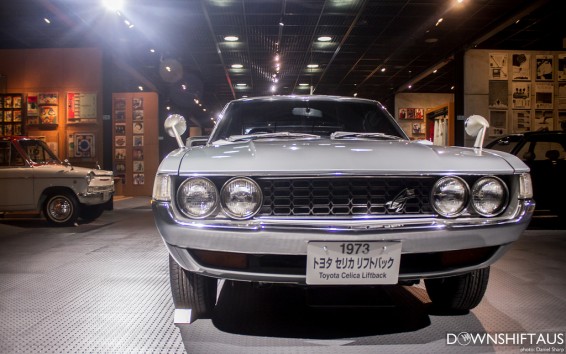 The 2+2 Celica Liftback was launched in 1973. Based on the SV-1 concept, which had made its debut at the Tokyo Motor Show two years earlier, the Liftback borrowed design cues from muscle cars such as the Ford Mustang Fastback and the Dodge Charger. 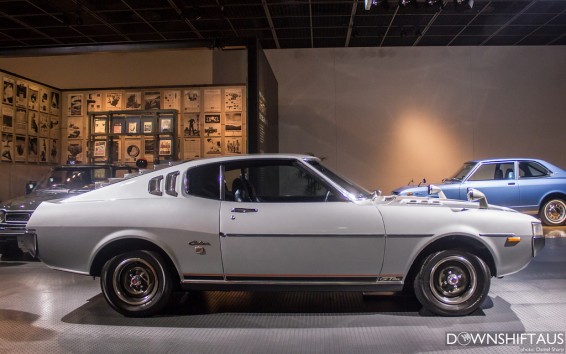 Asides from the rakish silouette, one of the most notable design flourishes that the Celica shared with its American rivals were air intakes positioned behind the rear quarterlights.

The 2000 GT model pictured has a 2.0-litre, 145bhp naturally-aspirated dual overhead camshaft engine and features styling inspired by the hallowed aforementioned 2000 GT of the 1960s. 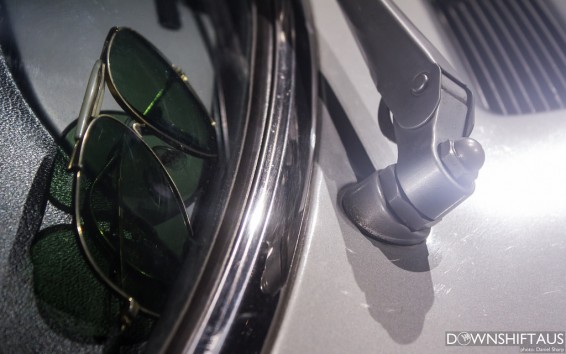 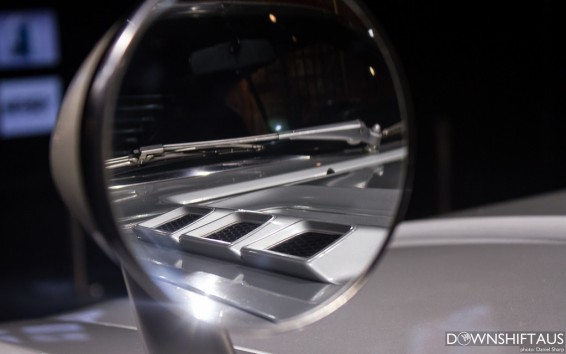 1. Including the TA22 coupé, the first-generation Celica was available with a choice of nine engine and six transmission combinations.

3. There were seven consecutive generations of Celica Liftback. Production of the last, the T230 series, ceased in 2006. 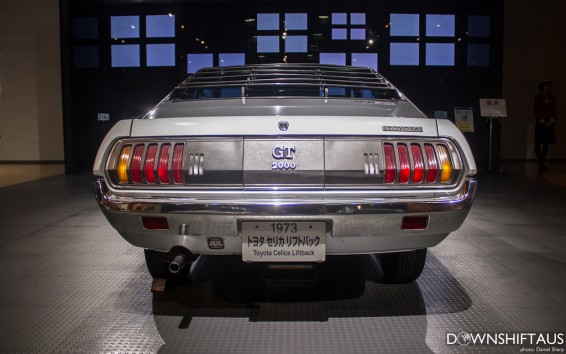 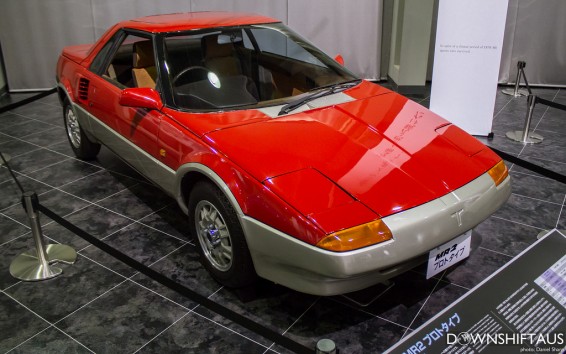 The idea of an affordable mid-engined Toyota car came to light in 1976 but development of such a vehicle was postponed due to the global oil crisis.

After the world had recovered, development of the mid-engined car restarted, and in 1984 the project was realised with the arrival of the MR2.

Eagle-eyed readers will notice that we have omitted the word ‘sports’ ahead of ‘car’. This is because contrary to popular belief, the MR2 was not originally conceived as an out-and-out sports car but as a rival to the Pontiac Fiero, which at the time was finding favour stateside with young professionals living in the suburbs and working in the city.

Equipped with a 1.6-litre, 4-cylinder dual overhead camshaft engine (code 4-GELU) mated to a choice of a manual or automatic transmission, the MR2 offered 122bhp and a 0-62mph sprint time of 8.2 seconds. Top speed was 124mph – around 20mph more than the Fiero.

The car pictured is not actually an AW11 MR2, but the SV-3 prototype of 1983 upon which the production model was based. Visually, the prototype differs slightly, employing a smoother nose and a cubist alloy wheel design.

1. For the Japanese domestic market, a lower powered 1.5-litre engine – borrowed from the fifth-generation Corolla – was offered in addition to the 1.6-litre unit offered in export market cars. MR2s fitted with this engine are referred to as ‘AW10’ models.

2. The MR2 was surprisingly practical. It had a designated luggage space at the rear and could be specified with roof bars.

Unfortunately, these models have since been taken off display at the Toyota Automobile Museum but are still worth a look and may reappear again one day. 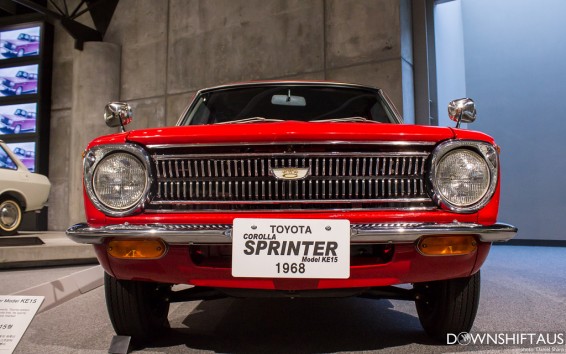 Launched in 1968 – 18 months after the first-generation Corolla saloon – the Corolla Sprinter was developed in response to the diversifying tastes and demands of car buyers in Japan.

The Sprinter was dimensionally identical to the standard Corolla upon which it was based, but it sat 35mm lower and employed more rakish styling that was designed to appeal to those not wanting to make a trade-off between practicality and desirability.

Three grades were available, Standard, Deluxe and SL. The latter was positioned as the sporty choice thanks to the fitment of twin carburetors, which provided a total power output of 73bhp – 13bhp more than the Standard and Deluxe models.

1. The model code of the first-generation Corolla Sprinter is KE15.

2. There were eight consecutive generations of Corolla Sprinter. Production of the final generation model ceased in 2000.

3. The fifth-generation Sprinter, introduced in 1983, was the first of the Corolla Sprinter models to include ‘Trueno’ as a suffix. The next three generations continued to adopt this naming strategy. 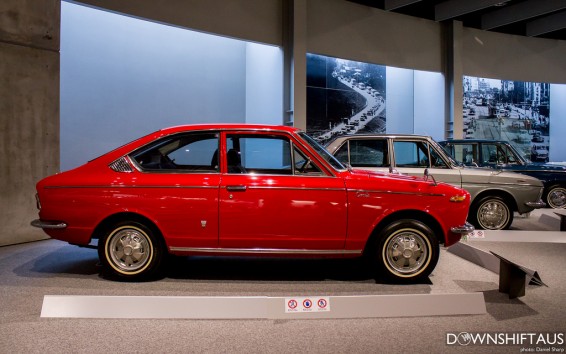 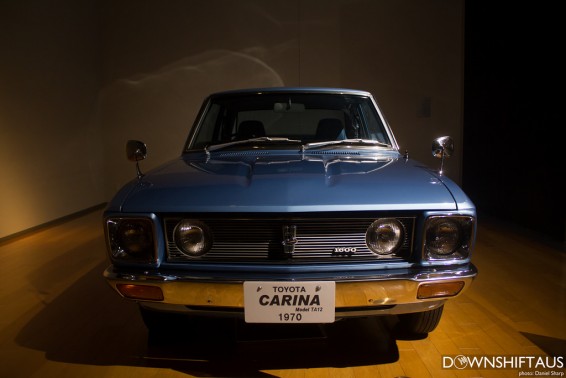 Launched in 1970, the Carina was offered in both four-door saloon and two-door semi-fastback bodystyles. The Carina sat between the Corolla and Camry whilst the chassis and much of its mechanicals were shared with the Celica. 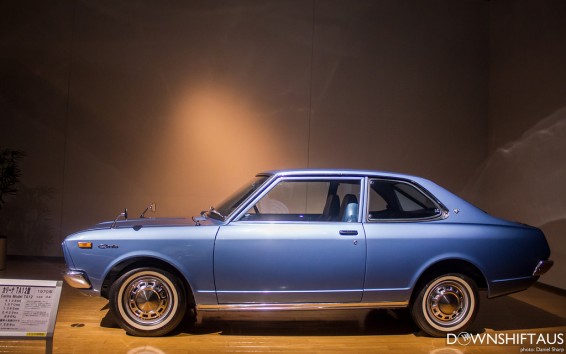 The Carina TA12 struck a chord with UK buyers, quickly becoming the second best-selling Toyota model in the UK behind the Corolla. Not only was the model infinitely more reliable than its Morris Marina arch-rival, it was sporty too. Models fitted with the 1.6-litre 2T cross-flow engine produced 102bhp, could complete a 0-50mph sprint in 8.8 seconds and had a top speed of 101mph.

1. The Carina is named after a constellation in the southern sky.

2. The 1.4-litre overhead valve engine offered on entry-level and Deluxe models is one of the few Toyota units that has a single character engine code; it is simply coded ‘T’.

3. All grades had a sub-ton kerbweight.