The Toyota Automobile Museum in Nagoya, Japan, is a veritable treasure trove of automotive greats from Toyota and many more of the world’s most respected car marques.

Back in January 2015, the popular Australian motoring website Downshift paid a visit to the Toyota museum with Toyota Australia.

In the first of two posts, we bring you a selection of photographs that the Downshift team captured whilst inside the museum and reveal little known facts about the Toyota cars contained in each image. We extend our thanks to Downshift for allowing us to share the beautiful pictures with you. 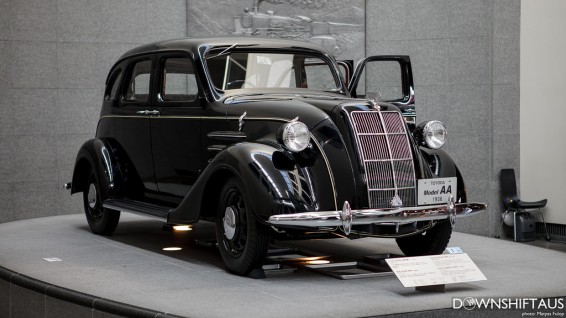 The model AA was the first Toyota passenger vehicle and the first home-built car for the Japanese market.

Designed and manufactured under the leadership of company founder, Kiichiro Toyoda, at the automobile department of Toyoda Automatic Loom Works, the Model AA was equipped with a 3,389cc 65bhp water-cooled inline six-cylinder engine. 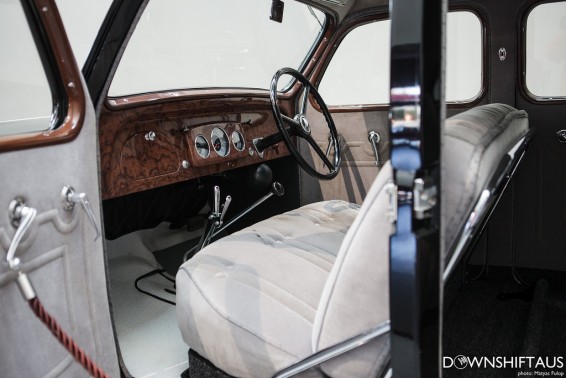 1. The Japanese government was so impressed with the Model AA upon its public debut that it granted Toyoda Automatic Loom Works immediate permission to build vehicles. 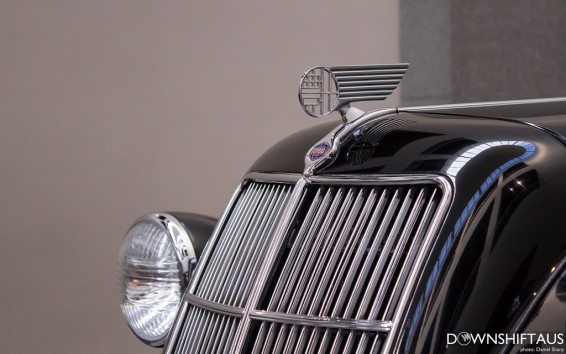 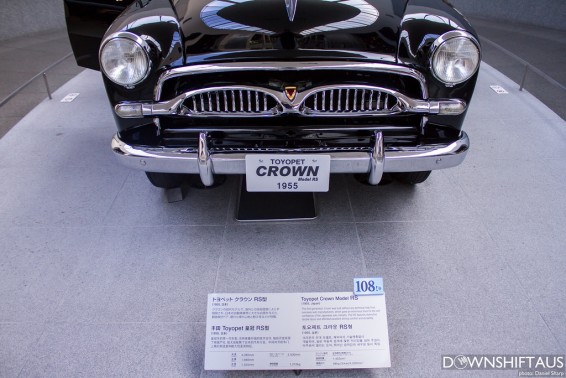 The Toyopet Crown blazed a trail for the Japanese car industry in the post-war years. In the early 1950s, Western carmakers were stealing a march over their Eastern counterparts. To address the issue, Nissan, Isuzu and Hino Motors formed alliances with Hillman, Austin and Renault, that allowed them to produce badge-engineered versions of the European manufacturer’s most popular models. Toyota chose not to do this and instead developed the Toyopet Crown from scratch.

The Toyopet Crown was powered by a 1.5-litre, 4-cylinder overhead valve (OHV) engine that produced 48bhp and was mated to a 3-speed manual transmission and a column shifter. Though the model was developed with the Japanese domestic market in mind, it found favour globally. African exports began in 1957 and in 1958 it became the first Japanese car to be exported to the United States. Finally, in 1962, the Crown made its first official appearance in Europe.

1. The name ‘Toyopet’ was chosen by the Japanese public in a national competition.

3. In the US, the Toyopet Crown cost $2,187 and advertising literature decreed it to be the “World’s greatest automotive value.” 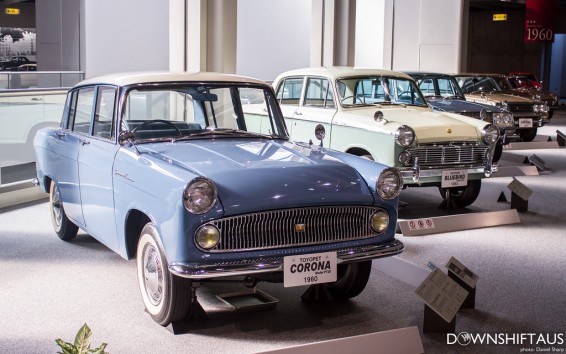 Pictured above is the second-generation Toyopet Corona. A traditional three-box saloon, the Corona went on sale in Japan in 1960. The model’s crisp straight lines and edges meant that it benefited from an infinitely more modern look than its Morris Oxford-esque predecessor, sales of which had stagnated due to the introduction of the Datsun Bluebird in 1959.

It wasn’t just the styling of the second-generation Corona that was more contemporary. Underneath, cantilever suspension debuted alongside coil springs for the rear wheels, consequently, ride comfort was vastly superior to that of the outgoing model. Buyers could also specify a 2-speed ‘Toyoglide’ automatic transmission for the first time.

1. The second-generation Corona was originally intended to be the first-generation but its release was postponed because another Toyota model was developed and given the Corona namesake.

2. Toyota Motor Corporation (TMC) ran a teaser marketing campaign in anticipation of the Corona’s launch which was so successful that it led to 40,000 people turning up to the model’s official public unveiling in Tokyo.

3. The Corona is named after the aura of plasma that surrounds the sun. 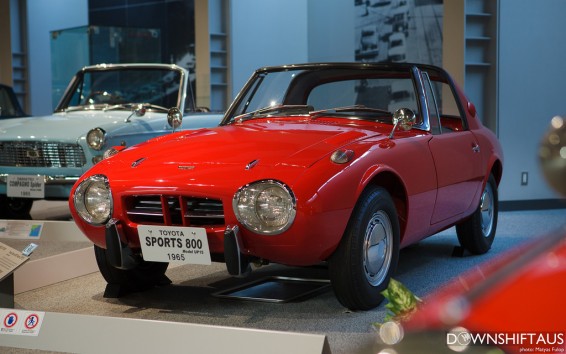 The Sports 800 was a production version of the Publica Sports concept car, which was unveiled at the 1962 Tokyo Motor Show.

Under the bonnet of the strict two-seater was an 800cc, air-cooled 2-cylinder engine, flanked by longitudinally-mounted twin carburetors. Total power output was 45bhp and top speed was 96mph. 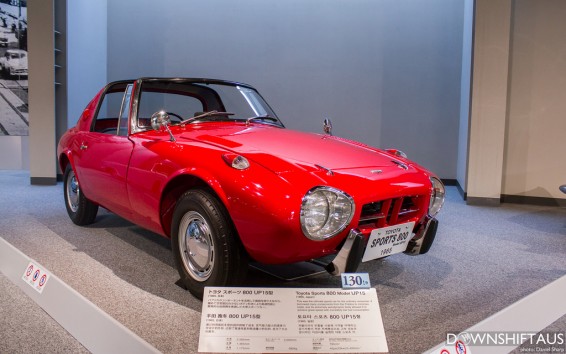 1. Toyota produced a one-off hybrid prototype of the Sports 800 for the 1979 Tokyo Motor Show, which mated a 30bhp gas turbine to a generator and an electric motor.

2. The Sports 800 enjoyed success on the Japanese motorsport circuit. Of particular note was a podium finish at the 1967 24 hours of Fuji race, where a Sports 800 placed third behind two Toyota 2000 GT models.

3. Low weight was key to the Sports 800’s appeal. The car was a true featherweight, tipping the scales at 580kg. 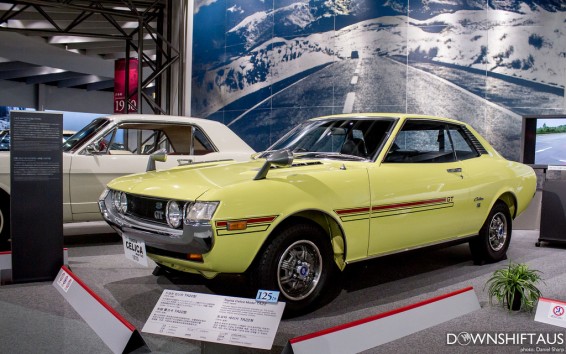 First introduced in 1970, the Celica was Japan’s first ‘speciality’ car. Speciality cars – called ‘pony’ cars in the US – were affordable sports cars based on existing saloon car platforms; the Celica was based on that of the TA12 Carina.

In many ways, the Celica (TA22) was ahead of its time. For instance, it was offered with an extensive range of personalisation options known as the ‘Full-choice system’. The car was also offered with dual overhead cams in a racy ‘GT’ grade that offered 115bhp; performance focused engines of this kind was rare in Japanese cars at the time.

The Celica had no homegrown rivals, instead it competed with US-produced pony cars, the Ford Mustang, Pontiac Firebird and Dodge Challenger.

1. The Celica TA22 was the first Japanese car to use robots in its assembly.

3. During its seven-year lifetime, more than one million TA22 models were sold.