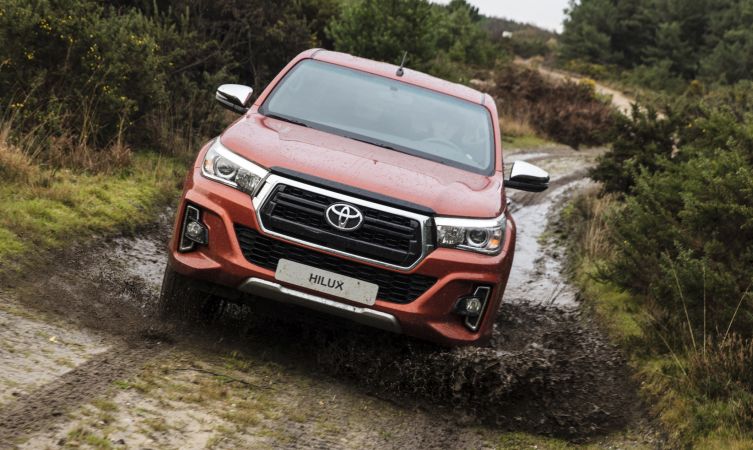 The Toyota Hilux marks its 50th anniversary with two new versions taking the spotlight at the Commercial Vehicle Show at the NEC in Birmingham. The all-conquering pick-up gains a new top-of-the-range Invincible X model, plus a new Limited Edition* version (pictured throughout this post) with just 150 examples available for UK customers. 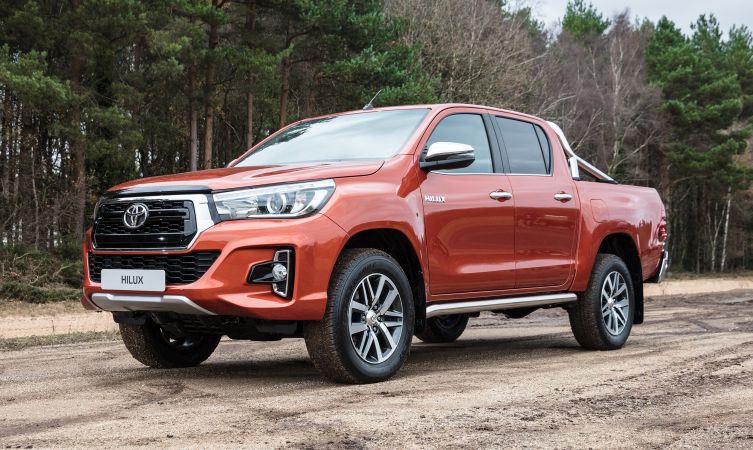 The Invincible X stands apart from the rest of the Hilux line-up with a new frontal treatment. This includes a new grille with gloss black inserts and contrasting chrome frame, plus a new-look front bumper, fog lights and silver under-run. The striking styling continues at the rear where there is a new step and a silver under-run beneath the licence plate.

Inside, the Double Cab cabin has an all-black theme, with contrasting chrome instrument panel trim and piano black inserts on the dashboard, door panels, steering wheel and gear shift lever and surround. 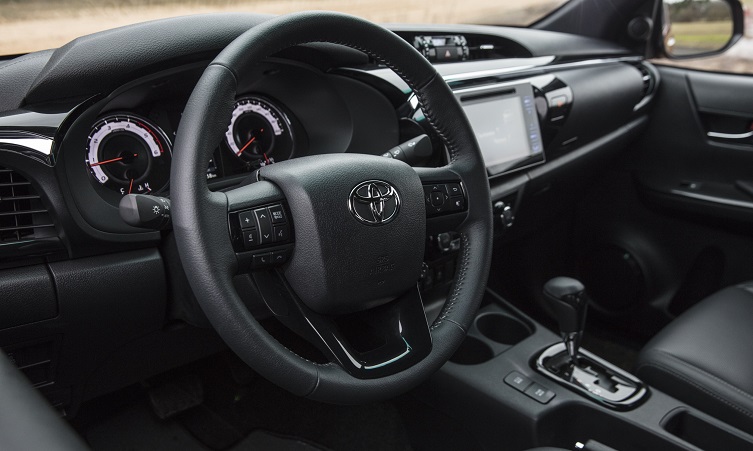 The instrument binnacle also has new features, including smart white dials and a centre TFT multi-information display with a dedicated Invincible X start-up animation that activates each time the ignition is switched on. Even the key is model-specific, featuring a silhouette sketch of the new frontal design. 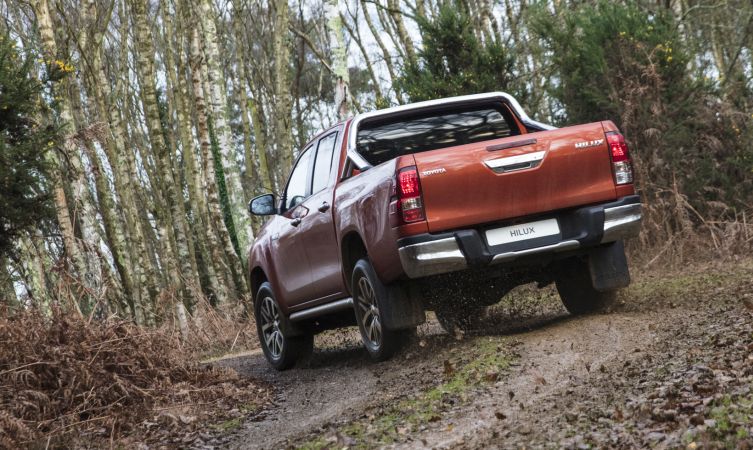 Powered by a 148bhp 2.4-litre D-4D engine and equipped with a six-speed automatic transmission, the new Hilux Invincible X has all the quality, durability and reliability that has made Toyota’s pick-up a world-leader in robust, go-anywhere performance.

For customers seeking extra exclusivity, the new Hilux Invincible X is also being offered in a new Limited Edition* version of just 150 vehicles – as illustrated in these images.

Creating an even more dramatic street presence, this will be available exclusively in two stand-out body colours: Scorched Orange (pictured) and Nebula Blue. These provide a strong contrast with the model’s black exterior styling elements, including black 18-inch alloys, side steps and high-over bar. In other respects, the Limited Edition matches the Invincible X, including the new all-black cabin treatment. 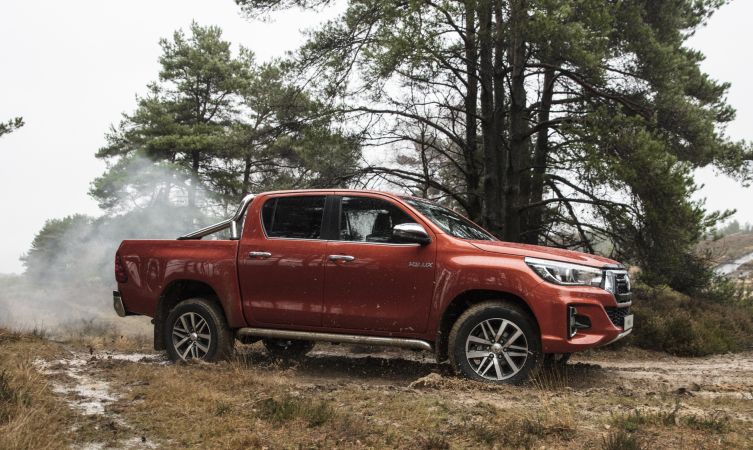 Both new Hilux versions will be available from July with prices to be announced nearer the on-sale date.

More information about the heritage of the Toyota Hilux and its achievements can be found at this special 50th anniversary website.

What else is Toyota displaying at the Commercial Vehicle Show?

The Toyota stand at the Commercial Vehicle Show features a number of important new additions to our light commercial range, including new conversions.

This includes the Arctic Trucks Hilux AT35, newly available for UK customers; the new Land Cruiser Utility Commercial model; the Lunar Toyota Proace Lerina campervan conversion by Wellhouse Leisure; and a Britvic-liveried Proace, which marks a significant fleet order for the medium-duty van from the leading soft drinks manufacturer.