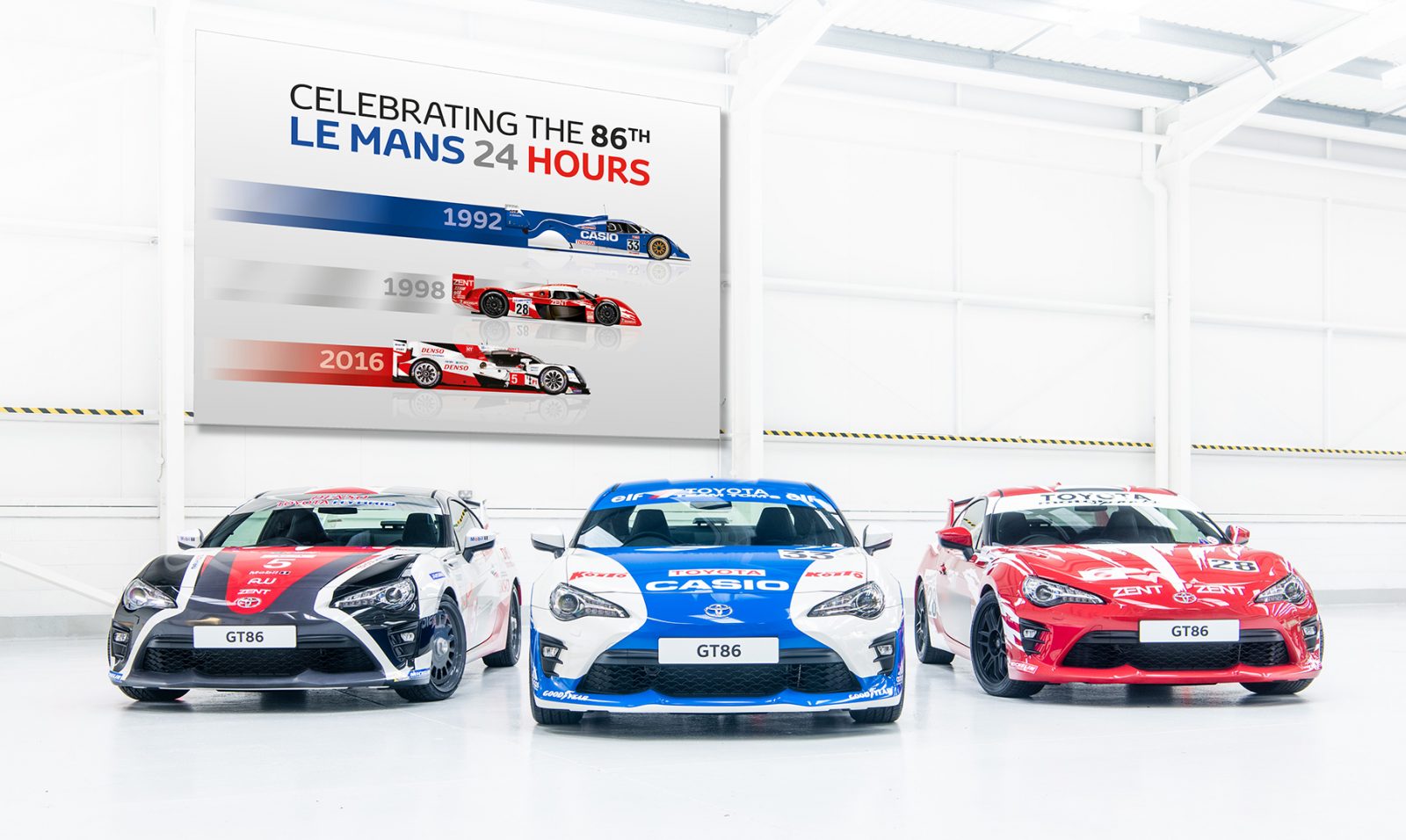 Designed from the outset to appeal to enthusiasts, the GT86 is an exceptional sports coupe inspired by classic Toyota performance models and racecars of recent history. That legacy has inspired us to create another series of one-off GT86 models that play tribute to its motorsport heritage – this time our most thrilling performances in the epic 24 Hours of Le Mans endurance race.

An additional reason why we developed this particular project is because 2018 is the 86th running of the 24 Hours of Le Mans. This fact is underlined by the revealing of the three coupes on 8 June, which is widely associated with the GT86 for being the eighth day of the sixth month. The launch is also accompanied by a rousing film co-starring the original racecars and contemporary Le Mans footage.

High-level Toyota accessory rear spoilers were installed as a nod to the high-downforce aero of the racecars, after which the vehicle vinyl specialists at Funkee Fish reproduced authentic recreations of the original liveries to match the shape and proportions of the enhanced GT86s. The installation of lowering springs created a suitably hunkered down appearance, removing approximately 40mm from the ride height, while aftermarket alloys were chosen to replicate the design of each race wheel. A new stainless steel Milltek Sport exhaust system provided the finishing visual and aural flourish.

Toyota’s history with Le Mans dates back to 1985 when we began supplying engines for Group C cars prepared by the Dome and TOM’S race teams. Factory-supported Le Mans campaigns began in 1987 and Toyota has competed as a full works team from 1998 onwards. Over the years Toyota has made a total of 19 Le Mans starts and achieved six podiums, five of which have been second-place finishes.

Look out for further blog articles on our GT86 trio over the next week. We will explain how the vehicles were made, identify the components used to modify them, and look back at the individual histories of the endurance racers that influenced their construction.

Want to know more about the Toyota GT86? Visit the GT86 hub page to discover everything we’ve covered on the blog.