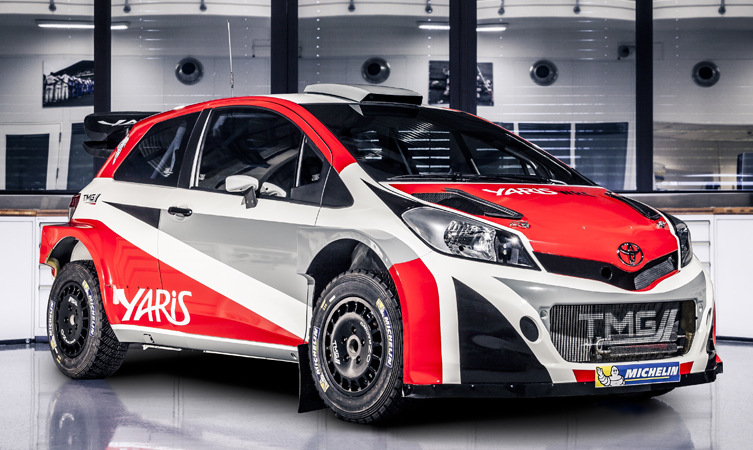 The winner of the 2015 HJS TMG GT86 CS-R3 Trophy will earn the chance of a lifetime; a test drive in the new Toyota World Rally car.

The Trophy will feature up to 10 CS-R3 rally cars on seven rounds of the German Rally Championship, starting in July. The first competitors have already signed up to the competition, which offers over €5,000 of prize money at each of the seven rounds and will run for at least the next three seasons.

As part of TMG’s long-term commitment to rally, the winner will be granted a test in the Yaris WRC development car, subject to specific conditions.

The CS-R3 has already proved immensely popular thanks to its rear-wheel drive powertrain, with 1,998cc, 238hp boxer engine and six-speed sequential transmission which combine to produce a spectacular driving experience.

The first cars will be delivered to customers in May, so TMG has extended its introductory discount. The CS-R3 kit, in either tarmac or gravel specification, costs €79,000 (excluding VAT) for orders made before 24 April 2015, representing a €5,000 discount on the standard retail price of €84,000 (excluding VAT).

The CS-R3 kit includes GT86 body shell, powertrain and all mechanical components required to build the car. Full details of the CS-R3 specification and kit contents can be found on www.toyota-motorsport.com/motorsport.

Homologation to FIA R3 regulations will be certified at the beginning of July, after which all CS-R3 cars will be eligible for national and international rallies, up to and including the World Rally Championship.