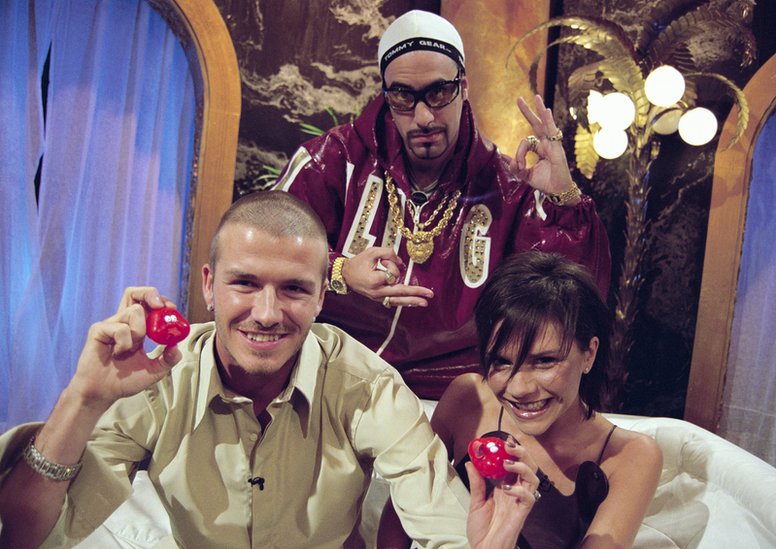 This year, Toyota is an official partner to Red Nose Day, the day, every two years, when people across the country get together and do something funny for money at home, school and work.

We take a look back at some of the highlights from the 14 Red Nose Days that have gone before this year’s event.

Mel and Kim sang the official Red Nose Day song – Rockin’ around the Christmas tree – sales from which totalled £76,610.

Red Nose Day 2 took place in 1989. It was the first and last year that the event did not occur biennially. The second Red Nose Day was a much larger affair than the first, with 20 million people partaking in 70,000 activities across the UK.

On the night, Rowan Atkinson stole the show by appearing in a satirical mash-up of Newsnight and Mastermind entitled ‘Nosenight Mastermember’, which has become infamous for placing ‘The Belgians’ at the centre of a number of historical events.

Nicknamed ‘The Stonker’ because the supporting single by Hale and Pace was entitled ‘The Stonk’, Red Nose Day 1991 raised £20 million and is notable for gifting us the legendary French and Saunders ABBA sketch, called ‘C’est La Vie’.

Interactivity shaped the entertainment output of Red Nose Day for the first time in 1993. A live studio audience was invited to vote on each consecutive scene of a special edition of perennially po-faced BBC 1 hospital drama Casualty. The results were predictably chaotic and rib-tickling.

One of the highlights of Red Nose Day 5 was Vic Reeves and Bob Mortimer sinking 75 pints while singing the Harry Nilsson classic Without You. The pair’s efforts weren’t in vain though, contributing to a fundraising total of £22m.

Girl power reigned supreme in 1997, so it was fitting that one of the highlights of Red Nose Day 6 was a terrific pastiche of Spice Girls hit Who do you think you are? featuring comedy titans Dawn French, Jennifer Saunders and Kathy Burke.

Referred to internally as ‘The Record Breaker’, Red Nose Day 1999 didn’t just beat 1997’s total – it absolutely eclipsed it. An astonishing £35m was raised and hundreds of Guinness World Records were both broken and set, including the record for the most naked people on stage at one time, 101.

‘Say pants to poverty’ was the message behind Red Nose Day 2001. Members of the Great British public were encouraged to don their undergarments and wear them with pride on top of their outerwear. 2001 was also the year in which Ali G conducted his famous interview with Posh and Becks. In all, £61m was raised.

For Red Nose Day 2003, Comic Relief introduced perhaps one of the most iconic red noses of all – the big hairdo. Each one came with its own sachet of styling gel to encourage buyers to style their nose’s hair as outlandishly as possible.

Comedy duo French & Saunders stole the show with an outrageous parody of Harry Potter in which Harry was revealed to be a woman.

Red Nose Day 2005 got the whole nation asking “Is this the way to Amarillo?” when comedian Peter Kay teamed-up with crooner Tony Christie for a star-studded music video set to Christie’s classic hit. The song sold over a million copies and held the number one spot in the UK singles charts for an incredible seven weeks! Red Nose Day 2005 raised £65m. See Christie performing it live on Top of the Pops above.

Challenges were the order of the day for Red Nose Day 2009. Gary Barlow led a team of celebrities up Mount Kilimanjaro and the team raised £3.5m. Meanwhile, famous faces including Jonathan Ross, Gok Wan and Ruby Wax fought it out in the boardroom in a special edition of The Apprentice, while Peep Show star Robert Webb ripped up the dance floor in Let’s Dance For Comic Relief, performing Jennifer Beals’ famous routine from the 1983 movie Flashdance.

History was made on Red Nose Day 2011. For the first time in the event’s 23-year history, the fundraising total passed £100m. In total, £108,436,277 was raised to help combat poverty and human suffering in the UK and across the world.

We owe a debt of thanks to One Direction for the success of Red Nose Day 2013. The band’s official Red Nose Day single, One Way or Another, reached number one in 63 countries, contributing significantly to the £100m+ total raised.