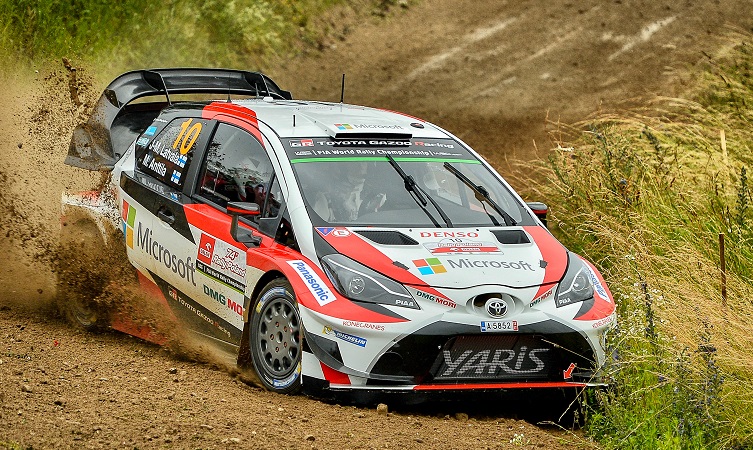 Round nine of the FIA World Rally Championship (WRC) takes place on 27-30 July. It will see the Toyota Gazoo Racing World Rally Team take on what is officially known as the Neste Rally Finland. 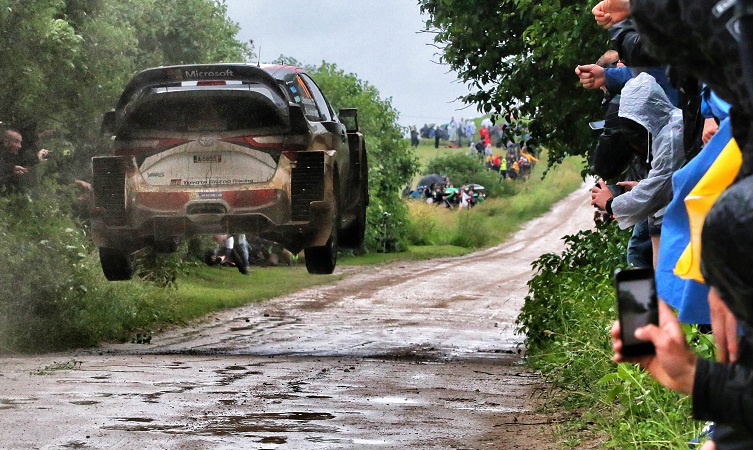 As the fastest event of the season, the margins for time and error are unusually slim. However, the team has a number of aces up its sleeve: effective aerodynamics, a strong engine, and a strong Finnish contingent. Yes, this round holds special importance for the team as it is regarded as the ‘home’ event for all three drivers and for team principal, four-time world champion Tommi Mäkinen.

Tell me more about Rally Finland…

Rally Finland is famous for blisteringly fast gravel stages through forests, featuring large jumps and numerous blind crests. Many of these crests are located on corners, making the positioning of the car for the perfect take-off crucial to carrying speed through the bend. The stages are mostly wide with a smooth and compact gravel surface that contributes to the rapid pace.

The Paviljonki service park is located in the centre of the university town of Jyväskylä. It is renowned for a party atmosphere where wins (or losses) can be celebrated (or commiserated) in one of the many bars along the high street.

The action begins in Jyväskylä with the Harju street stage on Thursday evening – a stage that bookends a marathon 12-stage and 16-hour session the following day. There are another eight stages on Saturday, including Finland’s legendary Ouninpohja stage, while the event concludes on Sunday with a further four stages.

As well as skirting hundreds of natural lakes, Rally Finland is famous for its many big leaps, or yumps, which require special skills to tackle without damaging the vehicle. Approach with too much speed and the car’s aerodynamics will force down the rear end, so the trick is to brake just before take-off and accelerate through the jump.

To explain this in more detail, Mäkinen and the team have taken time out from their preparations to provide a light-hearted – and very Finnish – insight into the art and heritage of yumping in the video above. 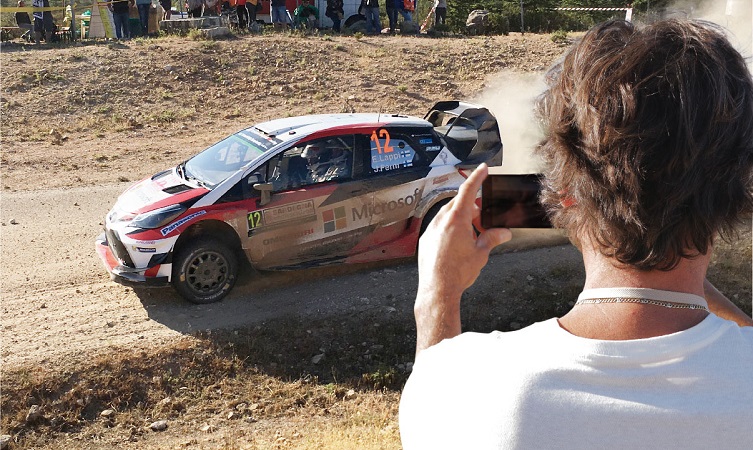 Rally Finland also sees the launch of a new EchoCam facility, developed in collaboration with technology partner Microsoft. This innovative service matches photos taken from a spectator’s perspective with high-res video stills captured from the car’s point-of-view. Essentially, the Yaris WRC will take a photo of you at the exact same time as you take a photo of it, creating a time-coded ‘echo’ image which fans can share socially. Click the following link to learn more about the EchoCam service. 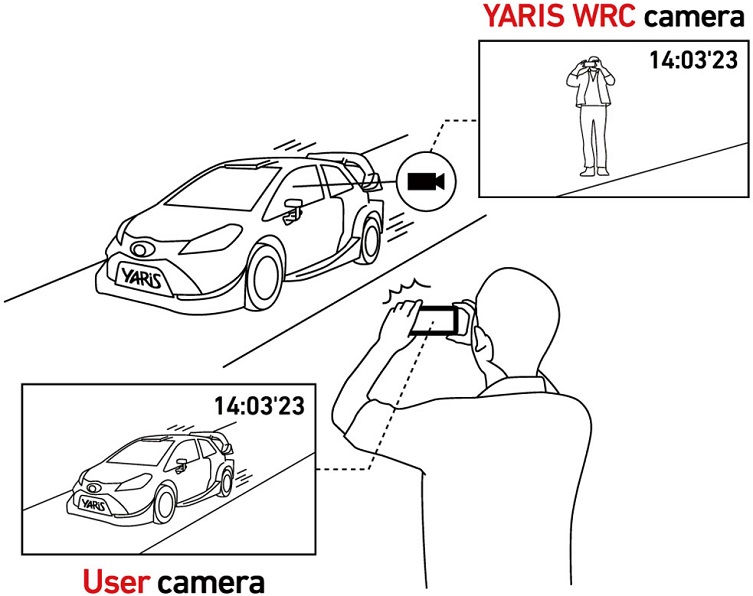 Does Toyota have any history with Rally Finland?

Toyota has won Rally Finland on two previous occasions. The first was in 1975, when Finnish driver Hannu Mikkola (below right) secured victory in the small but feisty TE27 Corolla; followed 15 years later by Carlos Sainz in the ST165 Celica GT-Four – one of only six non-Scandinavian drivers to have ever won the event. 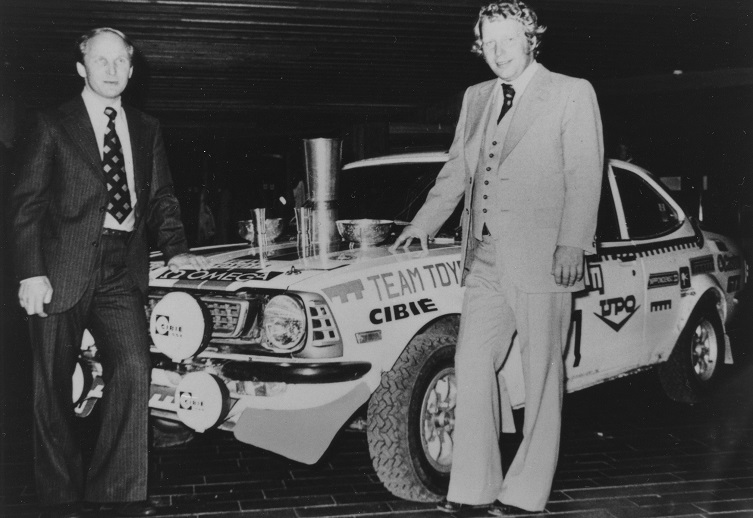 It is noteworthy that Finnish drivers have won Rally Finland on 54 occasions in the 66 years from 1951 to 2016. Team principal Tommi Mäkinen won this event five times during his career behind the wheel, and Jari-Matti Latvala has the opportunity to close in on that achievement, having already claimed victory in 2010, 2014 and 2015. Juho Hänninen finished in the top six on his last two attempts in 2014 and 2015, while Esapekka Lappi has come eighth overall in the past two years while also dominating the WRC2 category.

Rally Finland is regarded as the ‘home’ event for the modern Toyota Gazoo Racing World Rally Team. The team’s headquarters is located close to Jyväskylä, and the Yaris WRC has completed countless development miles on local roads as well as specific pre-event testing.

Tommi Mäkinen, Team Principal: “Finland is a very special home rally for us, and as long as the drivers are feeling confident then I am feeling confident, too. I think we are well-prepared as we have a lot of experience of Finnish stages.

“What’s certain is that this rally is going to be an incredible experience for all of us and we’ll see lots of fans on the stages. We have a great line-up of drivers: Jari-Matti knows how to win here, Juho is very experienced and fast, while Esapekka is young and hungry. I think they will all be very strong.” 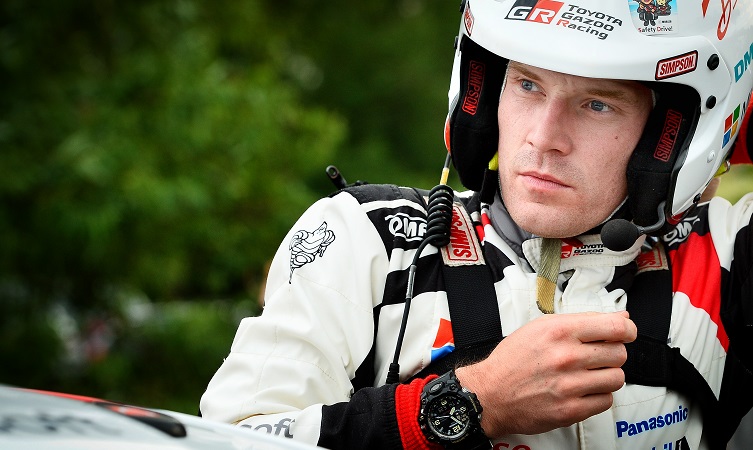 Jari-Matti Latvala (above), driver Yaris WRC #10: “Along with Monte Carlo, Finland is the rally that everyone wants to win; especially if you’re Finnish. There’s pressure to do well, but it’s positive pressure.

“I’m feeling confident but I don’t think there’s such a thing as a big home advantage for Finnish drivers any more. Now that so many of the stages are used every year, the other drivers have got a lot of experience as well. I’m expecting a big fight.” 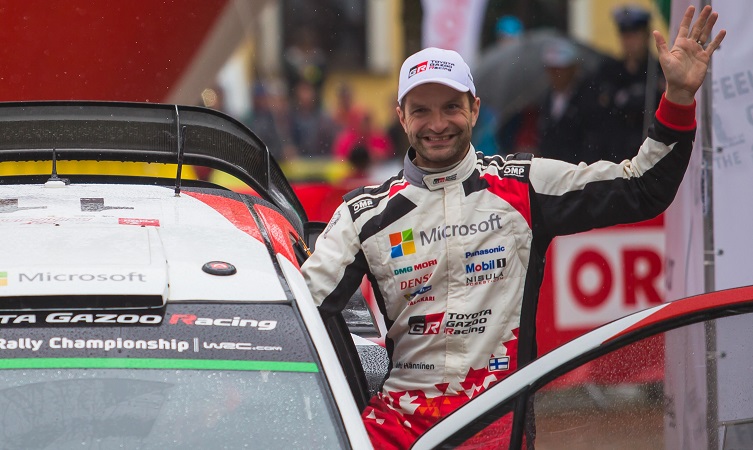 Juho Hänninen (above), driver Yaris WRC #11: “Finland is the rally I have done more than any other, so I’m feeling quite confident. I don’t want to set any specific targets but I’m definitely going to push hard from the start and see how high we can finish.

“There’s no choice in Finland: the speeds are so fast that you don’t have time to build [confidence]; you have to be awake from the first corner. The work we did on the test was mainly on the suspension and now it feels really good.” 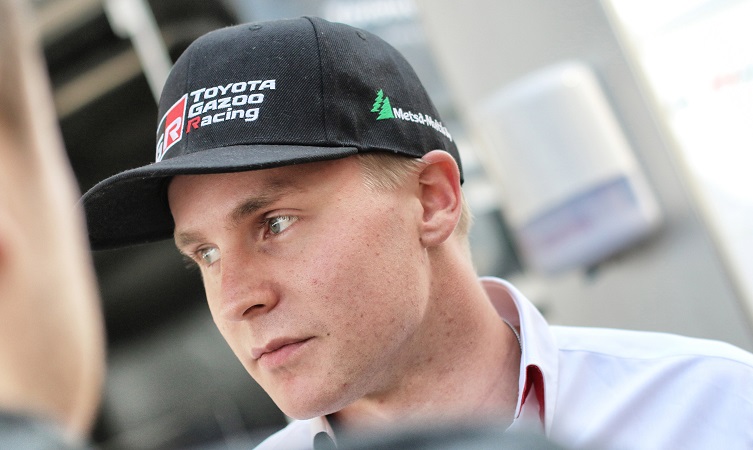 Esapekka Lappi, driver Yaris WRC #12: “It’s going to be really exciting to take part in my home event for the first time with a World Rally Car. I think there’s a chance that if we have a perfect rally we could be on the podium, but everything will have to go without a hitch because the gaps in Finland are normally so small.

“Our car should be very well suited to these roads; I think the aerodynamics and engine are our strong points. This rally will also be a big job for my co-driver Janne as he’ll be calling out the pace notes at speeds that are much faster than we have experienced before.”