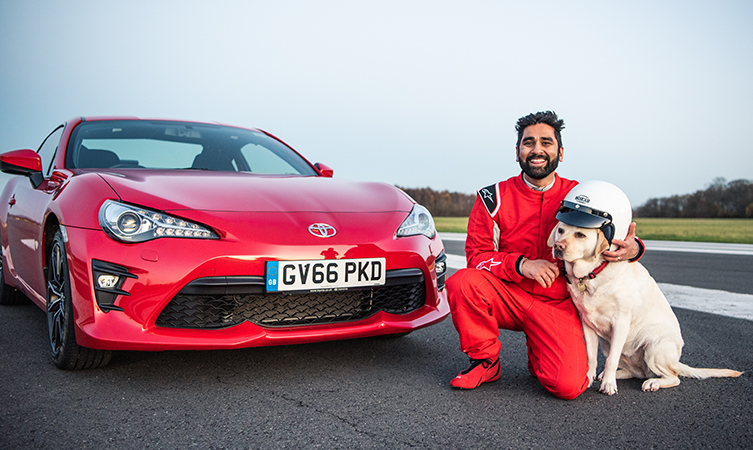 Dr Amit Patel’s new book, Kika & Me, recounts the moving, heart-warming and inspirational story of his sight-loss journey and how the arrival of his guide dog, Kika, changed his world. Amit dedicates a chapter to describe how he achieved his dream of driving again with support from Toyota GB, an experience that was documented in our award-winning Blind Driver film in 2019.

In two excerpts from his book, Amit explains why he was so keen to drive again and how a chance encounter on social media gave momentum to his dream. He then describes the sensation of getting back behind the wheel, firstly in a Toyota Yaris and then in a GT86.

When I lost my sight, of course, I lost the ability to drive too. It was one of the most frustrating and upsetting losses I incurred on that terrible day, not least because Seema and I had only recently bought a new car. And I loved that car. At weekends I could spend four or five hours at a time just cleaning and polishing its perfect shiny paintwork. It was my way of switching off after a hard working week.

I never take any of the opportunities I’ve been given for granted, but when Toyota GB offered to make it possible for me to drive again, I thought I must really be dreaming. Toyota is also a big sponsor of the Paralympics. Their campaign around the latest games had the strapline ‘Start Your Impossible’. 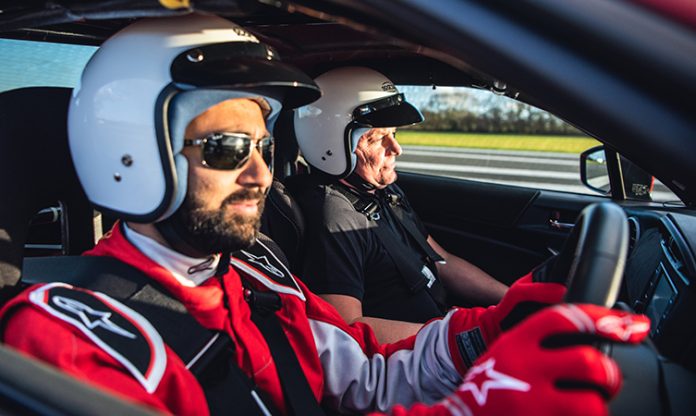 So when Scott Brownlee, the head of PR for Toyota, started following me on Twitter, I took the opportunity to send him a message regarding his company’s promise. I wanted to achieve the impossible. Could Toyota help me get behind the wheel again? Even if it was only in the car park?

It was a cheeky request and I didn’t honestly expect anything to come of it, but Scott replied within a couple of hours. His response was, “Leave it with me”. Within a few days, Scott had arranged a conference call with key people from his PR and marketing team and me. I told them that while having Kika had given me back a great deal of independence, I still missed being able to pick up my car keys and go. Was there any way I could feel that sense of freedom again? The team thought there might be.

Driving the Toyota Yaris and GT86

After lunch, Mark [Watkins, Amit’s driving instructor] took me around the GT86 just as he’d taken me around the Yaris, helping me to get a sense of its size. Then I settled into the driver’s seat and, once again, Mark ran through the controls. As I turned the car on and I felt the revs, a smile spread across my face. “Ready?” Mark asked. 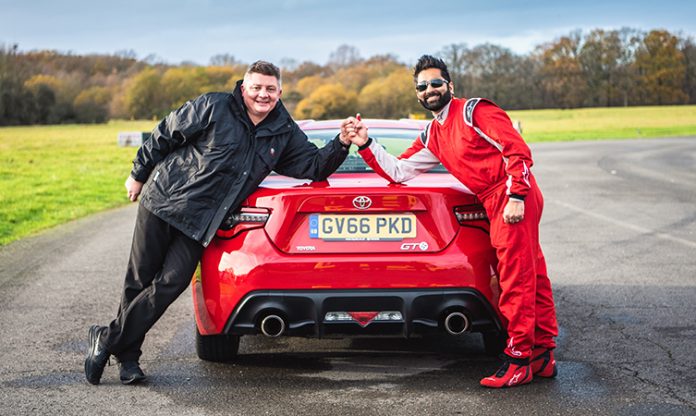 I was ready. Immediately, I knew I’d be able to drive this new car far better and far faster than the Yaris. Ultimately, it was quite simple. Like a rally driver on a cross-country course, all I had to do was do exactly as my co-driver commanded – turning the wheel, cranking through the gears and braking when he told me to. I didn’t actually need to be able to see at all. Mark had started out by giving me a countdown as we approached each turn, but after a while he asked, “Would you be comfortable with me saying ninety left or ninety right?”, I told him that I would be.

With these new more precise directions, I was able to speed up. Soon we were doing 80mph, then 85, then 90… this was more like it! “Want to do a doughnut?” Mark asked.

You bet I did. I was in the car for a couple of hours that afternoon. Scott from Toyota was delighted by the footage the team captured that day. Unbeknown to us, it convinced him that I was capable of much more than he had anticipated. 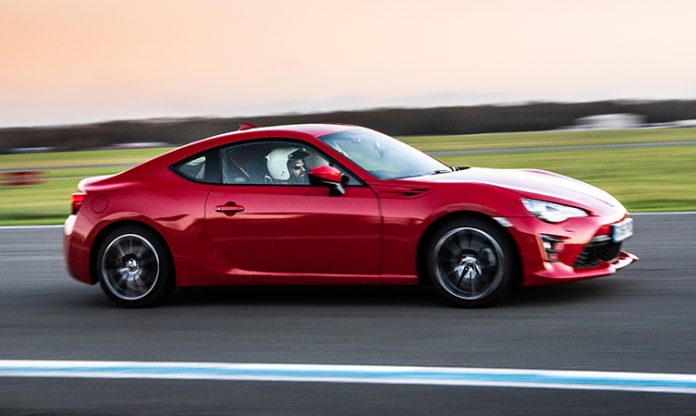 Then, in the last week of October 2018, Eliot [Farr, from the Toyota film production team] called. He told me, “Amit, you need Seema to measure you for a race suit”. I knew at once what it meant. He was asking whether I wanted to go driving again: this time in the actual Top Gear car on the actual Top Gear racetrack… 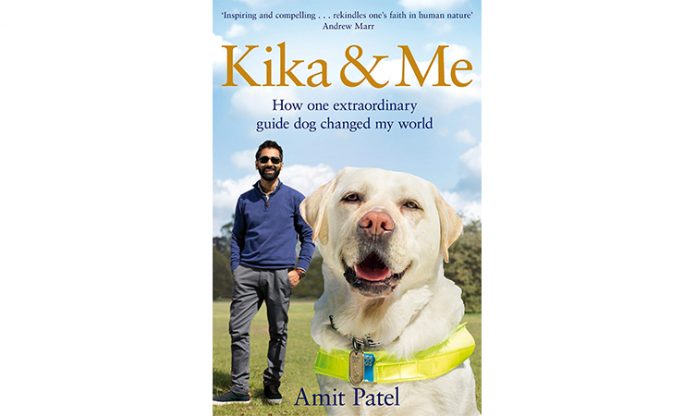 Kika & Me published on 20 February 2020 and can be purchased online and in all good bookshops, with audio and eBook editions available.