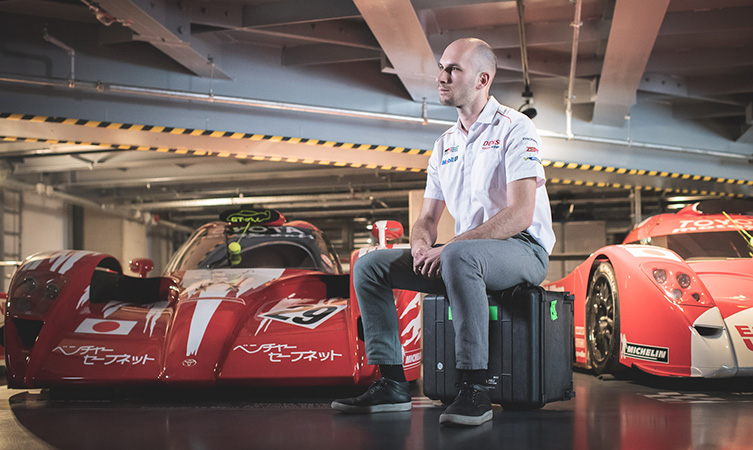 A race team is more than the individual behind the wheel. There’s the pit crew, the data crunchers, the logistics squad and many more. But in a tiny room in Cologne, Germany, there’s one person whose job it is to ensure that the Toyota Gazoo Racing World Endurance Championship team is always pushing the limits for better, and his name is Marvin Struijk.

Marvin is in charge of the development and operations of Toyota Gazoo Racing’s simulator, the same one that British Touring Car Driver Tom Ingram got behind the wheel of in our latest film. We sat down with Marvin to get all the details on this amazing piece of technology. 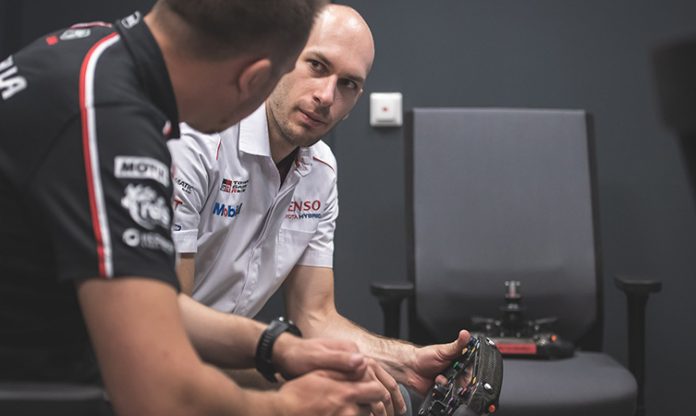 Marvin Struijk: In high-level motorsports the testing time is quite restricted so a racing simulator is a good way to not sacrifice track time testing while still doing a lot of preparation for the actual races.

TB: How do you go about setting up the simulator? 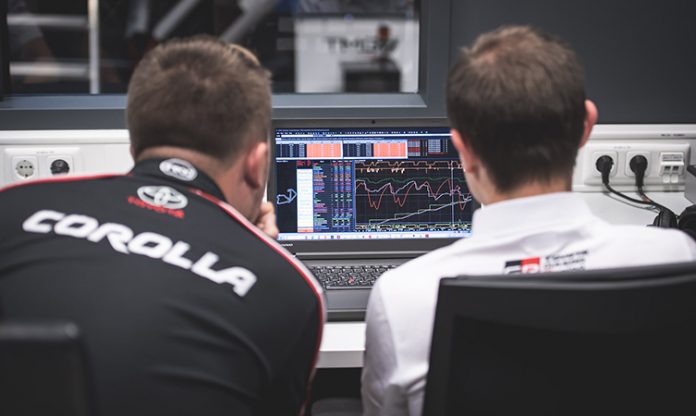 TB: What computer equipment is needed to run the simulator?

MS: It depends – the amount of computing equipment necessary to run the racing simulator depends a lot on the specifications of the simulator. For Tom [Ingram], we have five projectors, each with its own dedicated rendering computer. Then we have one central computer that distributes the graphics to each of those rendering computers. We have several computers to control things like the data and the issues, and we have one big, real-time, computer that runs the actual model and does all the communication with the hardware on track.

TB: How much more powerful is it compared to a normal computer?

MS: If I have to relate this to the real world, I think we have in total about 10 fairly powerful computers running the whole simulator. One of these computers might have two times the graphical power of a PlayStation; so in all about 20 PlayStations’ worth of power. 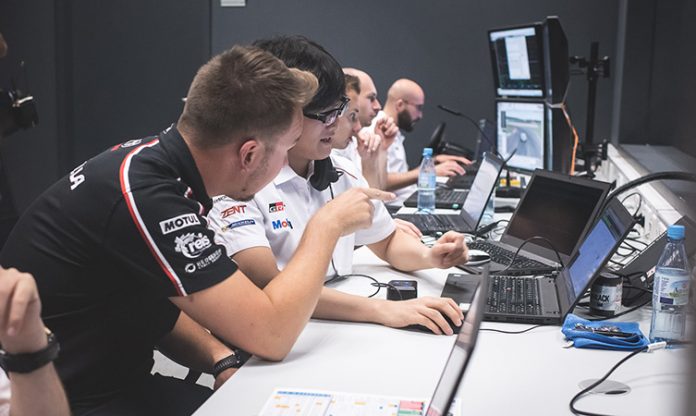 TB: How does the simulator work?

MS: We have a real-time computer that runs all the physics of our in-house developed model. This communicates with an external graphical engine that renders all the visuals to the projectors. We also have laser-scanned track surfaces that we read out and feed back into our model. So, we can capture the positions of the wheels and then we can simulate all of the dynamics on the motion platform, which gives the driver the sensation of driving a real car on a real circuit.

TB: How hard is it to drive the simulator?

MS: Driving the simulator is, in fact, something anybody can do – you don’t even need a driving licence, it’s absolutely safe. But it is challenging – the braking is very hard, similar to in the real car, the steering is heavy, and of course the visibility is quite alien for a normal driver – you sit up high up with the feet and you look through a screen like a letterbox, so you have to get used to this, you have to memorise the track. 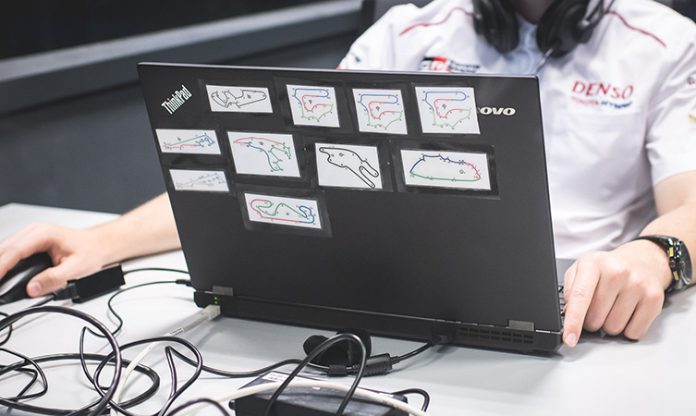 TB: Does the simulator really make a difference to the drivers’ real-life lap times?

TB: What about testing for when things go wrong?

MS: We have a lot of failure modes that we can trigger. We use this especially in our preparations for the 24 Hours of Le Mans, where a lot of these failures can occur. Not only do we prepare the drivers, but also the crew. Over a very intense fortnight of training, we trigger failures like tyre punctures, engine issues, gearbox failures – you name it, we simulate it. And if something new happens in a real race, then we add that item to our simulator test programme ready for next year. 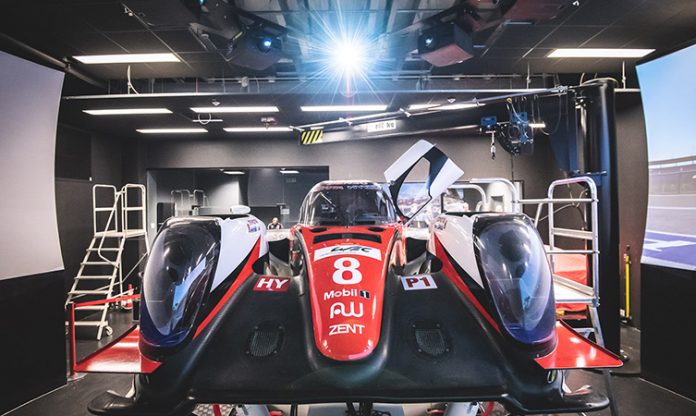 TB: What do you do while the racing simulator is running?

MS: From an operational point of view we make sure that all systems are running as expected; looking at the data, the racing simulator hardware and monitoring the status of all the computers, the motion platform, the steering torque and steering wheel, the dashboard. On the performance side, we analyse the data, comparing it with previous sessions or with real race data to see if there are notable differences between the simulator and the real car.

TB: Do you get to drive the simulator?

MS: Yes, we regularly drive it when we test certain items. I’m personally not a good race car driver – I’m actually quite a bad one – but still it’s fun to hop in from time to time and experience what it is like to be a real race car driver and the kind of challenges that racing presents to the drivers. You start to appreciate a lot more what the drivers go through when they’re out at the track.