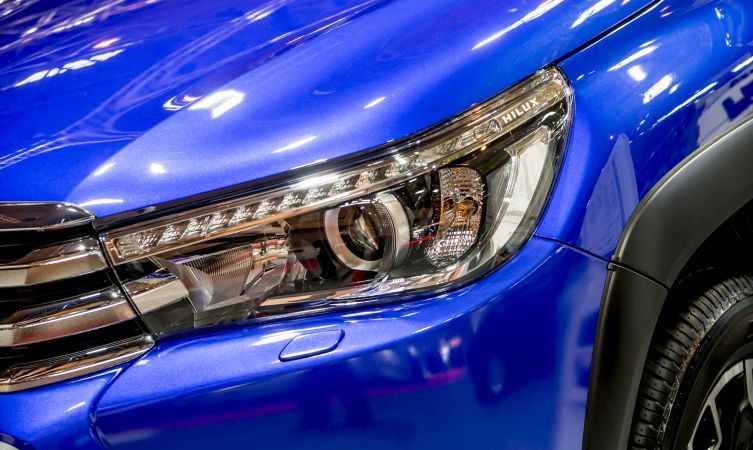 Traditionally, commercial vehicle design has been led by functionality. From this perspective, the all-new 2016 Toyota Hilux ticks that box by being appreciably tougher, stronger and more capable than ever before.

But the eighth-generation model is also heralds a new era for the pick-up by putting a greater emphasis on style – a reflection of its popularity as an activity-enabling lifestyle vehicle as well as a reliable workhorse.

Exterior designer Satoru Oya said his team wanted to appeal to long-time Hilux owners who appreciate their vehicle’s rugged construction as well as new buyers seeking a versatile alternative to an SUV.

“The design proposal was to push the toughness element,” Oya commented. “But we changed the concept more towards an emotional connection of stylish and strong.”

How is this dual-purpose nature evident in the exterior design? Let’s take a look…

The combination of toughness and refinement is expressed in an interplay between the depth of the front bumper (1), the broad-shouldered protrusion of the wheel arches (2), and a new unified arrangement of the slim upper grille and headlamps. 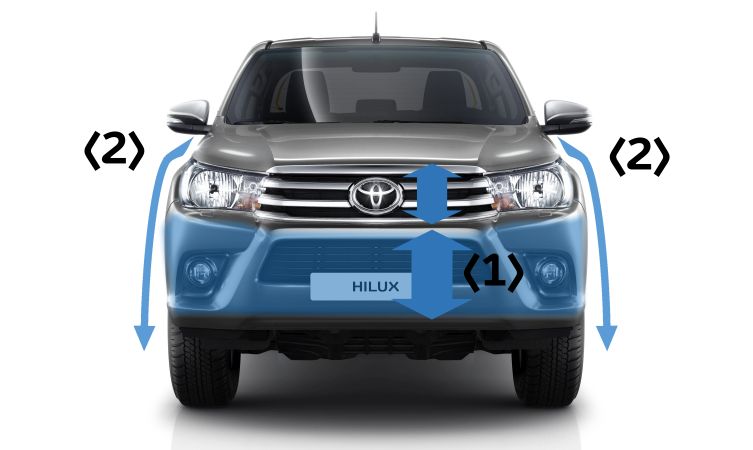 The sleek upper grille moulding harmonises with the tapered outer sides of the trapezoidal lower grille, suggesting a solid, firmly planted stance (3). Meanwhile, the uppermost horizontal bar of the grille is designed to extend visually into the headlamp units (4), accentuating the vehicle’s width and creating a distinctive daytime running light arrangement. 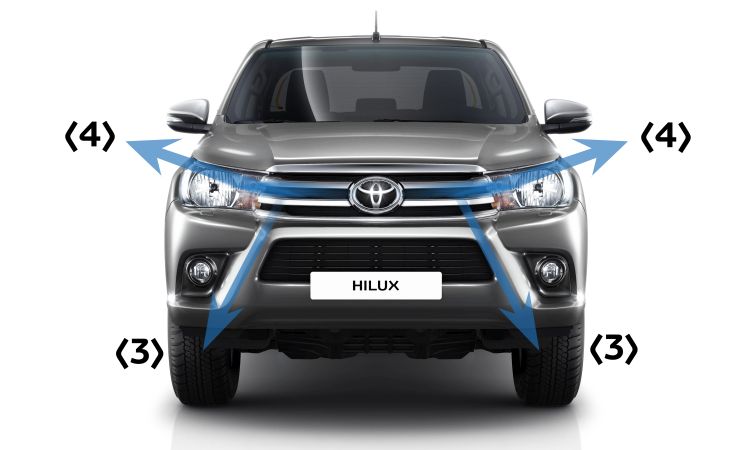 The headlights themselves curve around the corners of the vehicle, emphasising the smooth transition that also exists between the bumper and wings. In addition, the lower half of the bumper has been shaped to ensure good ground clearance when driving off-road.

Similar to the proportions seen across the front, the side aspect offers a similar relationship between the thick cross-section of the flanks (1) and the sleek glasshouse formed by the lowered roof line. This high visual axis extends the length of the vehicle and is designed to emphasise its tough solidity. While this could generate a heavy appearance, careful sculpturing (1) creates reflective qualities that lighten the visual effect.

Looking at the silhouette of Extra Cab and Double Cab models, the angle of the A-pillars is slanted more rearward than ever before (2), and the upright nature of the B-pillar is disguised by being blacked-out. Meanwhile, the sense of liveliness and forward motion is echoed by the curvature of the C-pillar (2). Incidentally, the shape is also designed to maximise over-the-shoulder visibility around the driver’s eye line.

Although Hilux offers a new hourglass shape through integrated wheel flares, the dynamic horizontal graphic remains uninterrupted (3). This has been achieved by a clear belt line and smooth transitions between the front, cabin and load bay areas.

As the most functional element of any pick-up, the rear deck of the new Hilux has been expanded and strengthened to make it more practical. But it has also been given more visual appeal with the same prominent arch treatment as the front end (1) and forging a link from the cabin by anchoring the styling line with the wrap-around rear lenses. 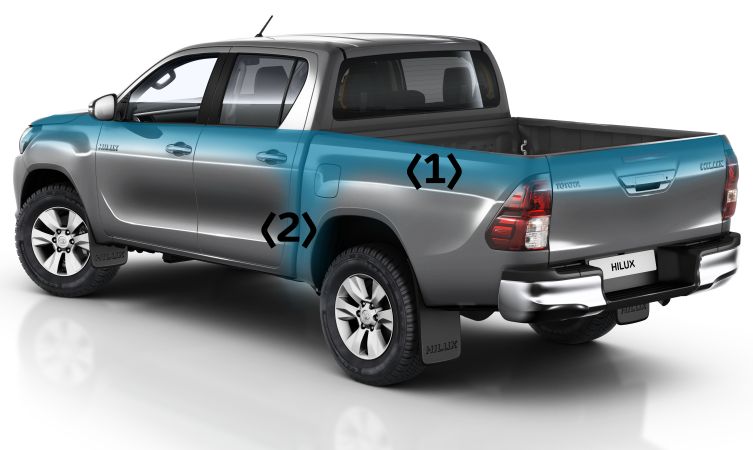 The lenses themselves are designed with machined effect and feature small aero stabilising fins to assist airflow, while the bumper is deeper in order to integrate a step for easier access to the deck when the tailgate is closed.

Finally, the necessary separation between cabin and deck (2) has been slimmed to a minimum and unified in overall appearance through careful curve-matching.

The alloy wheels fitted to Icon and Invincible grades are designed to show a balance between toughness and class. In addition, over 100 centre-fit accessories are available for new Hilux, including a range of genuine and branded canopy hardtops. 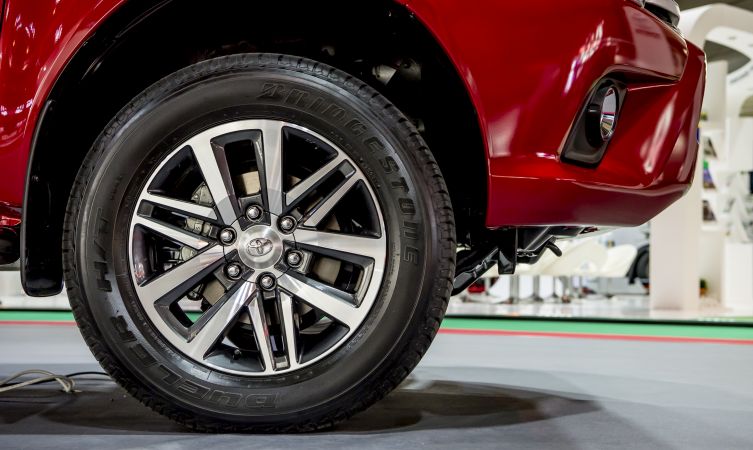