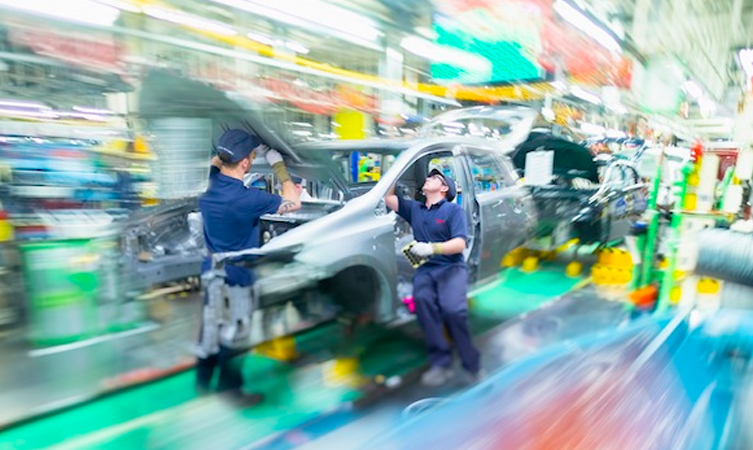 The Toyota Production System is the blueprint for modern manufacturing and is employed in Britain to build the award-winning Toyota Corolla, as well as previous models, the Auris and the Avensis. Here, we take a look at the thirteen philosophies that underpin it. 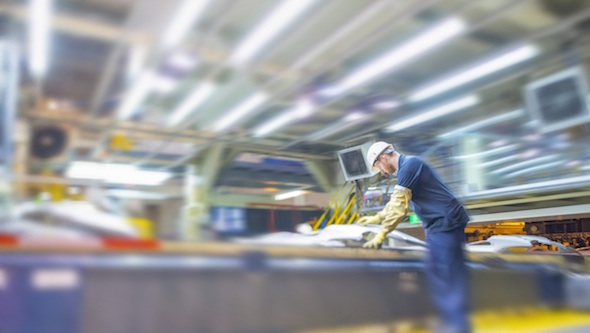 The Konnyaku Stone is used to smooth unpainted body panels and remove imperfections. The size of a fist, and made of gritty resins; the stone is known as the ‘devil’s tongue’. Brushing the stone across the surface of a panel smoothes the metal so that it is ready for painting. 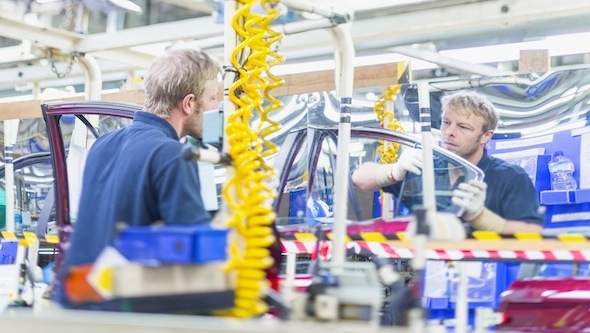 Put simply, Poka-Yoke means to avoid (yokeru) mistakes (poka). The Toyota Production System employs devices that automatically stop the line if there is an error. Hansei is the process of recognising and learning from mistakes, in order to prevent them from occurring again. Toyota hosts hansei-kai meetings, in which failures experienced during the production process (if there were any), are reflected on, and future prevention plans put in place. 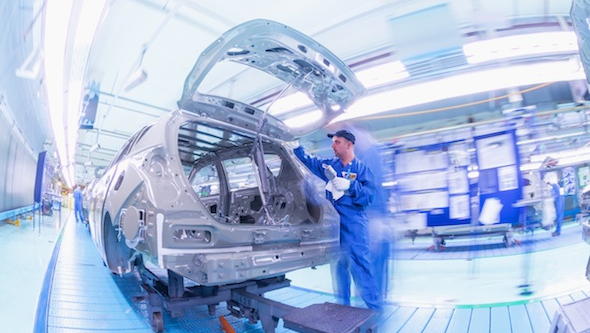 Andon is a visual aid that highlights where action is required. Usually activated by a button or pull-chord; production is automatically halted when a member of staff pulls it. 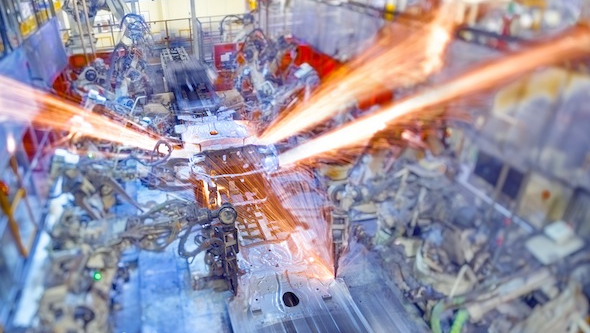 Designing equipment to detect problems and stop automatically when required are fundamental to Jidoka. Toyota Production System operators can stop production the moment they spy something untoward, preventing the wasted production of defective items. 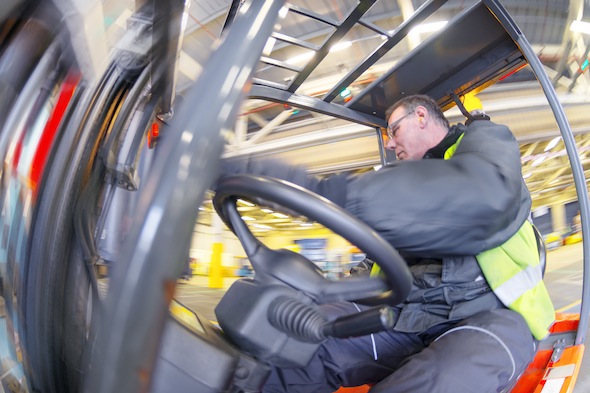 A cornerstone of modern manufacturing, just-in-time production was pioneered by Toyota. It consists of a ‘pull’ system (as opposed to push) that provides the different processes in the assembly sequence with only the kinds and quantities of items that they need and only when it needs them. It allows cars to be built to order for optimal efficiency and financial management. 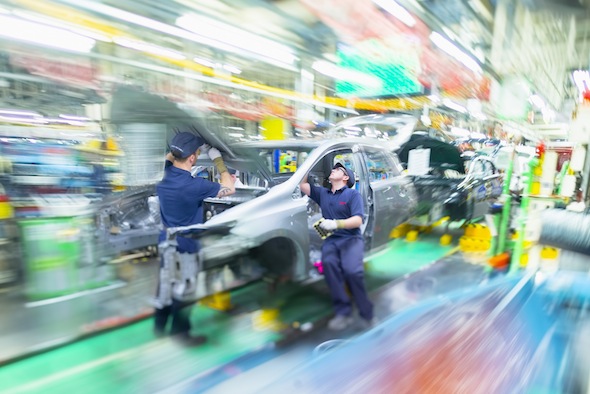 Heijunka means having the correct number of parts required to build a specific number of cars for the smoothest possible production process.

Heijunka is important when sequencing production. For instance, if a factory was required to send batches of high spec cars down its assembly line at the same time, workers would be required to manage additional build tasks not present in less well-equipped cars. Heijunka solves the problem by assembling a mix of models within each batch. Kaizen is at the heart of The Toyota Production System. It serves as a mantra for continuous improvement; the effects of which are far-reaching, from waste elimination to efficiency optimisation. Kaizen gives voice to the workforce, empowering individuals to identify areas for improvement and suggest practical solutions. Genchi Genbutsu is the idea that the best way to solve a problem is to see it for yourself. In the Toyota Production System, managers are present on the factory floor; this immersive approach means they fully understand the working environment and processes, and can advise the best possible solution when a problem arises. 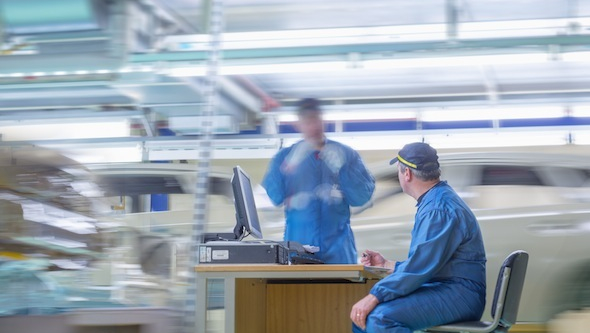 Decisions shouldn’t be dictated by individuals, they should be made as a team – this is the thinking behind Nemawashi. In the Toyota Production System, information is shared openly with employees, in order involve them in decision-making processes and allow them to voice their opinions. 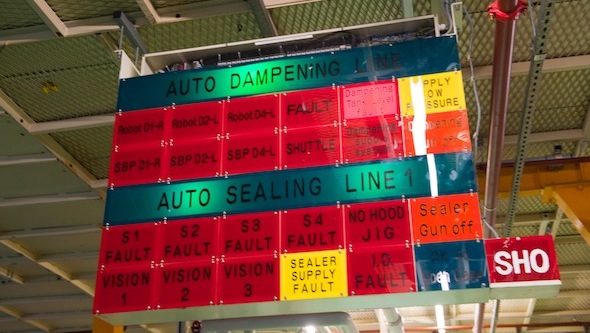 Immortalised as a flashing signboard, Kanban is a system that conveys information between processes and automatically orders parts as they are used up. Toyota has six rules for the effective application of Kanban: 1) Never pass on defective products; 2) Take only what is needed; 3) Produce the exact quantity required; 4) Level the production; 5) Fine-tune production; and 6) Stabilise and rationalise the process. 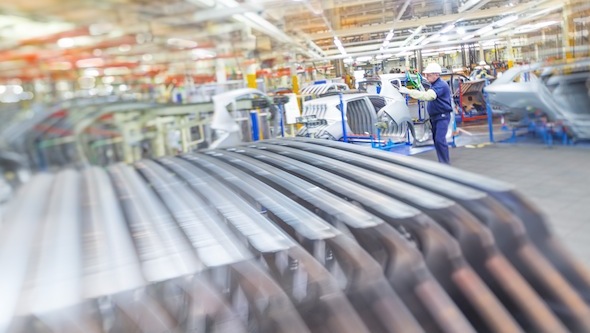 Muda, Muri and Mura work in tandem to eliminate waste.  Muda actually means waste, but in the context of the Toyota Production System, waste is defined as non-value-adding activities such as over-processing. Muda divides waste up into seven catergories: Transportation, inventory, motion, waiting, over-processing, over-production, and defects.

Muri means to overburden, and this is avoided by even distribution of production tasks in the assembly processes.

Mura means unevenness, which is eliminated in the Toyota Production System by training workers to operate multiple machines, so that there is cohesion between their operation. Genba is the physical place where work is done, and its philosophy is that all actions and processes are as transparent as possible. Toyota team members regularly conduct ‘Genba Walks’ on the factory floor, in order to identify areas where potential improvements might be made, and to better understand the workload of their colleagues.

A detailed glossary of the Toyota Production System is available here.