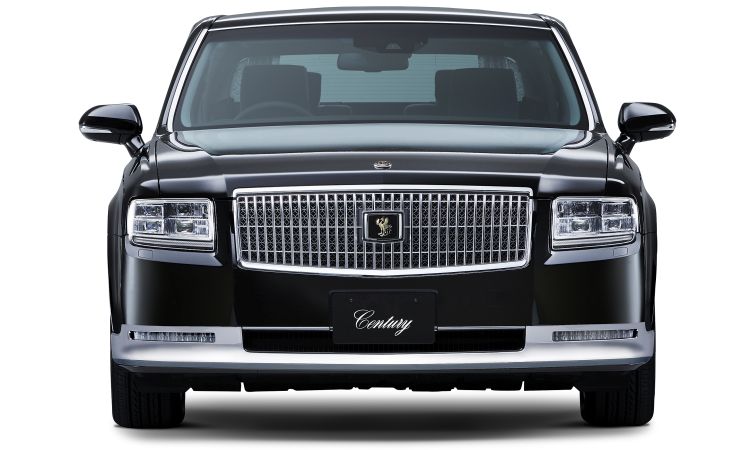 When revealing an exciting new product, there is a temptation to expound its virtues in terms of hyperbole, exclamation marks and deafening media displays. That approach might work for the latest movie blockbuster or must-have electronic device but it is not the correct method for unveiling the new Toyota Century – only the third new model in 50 years of production.

Yes, it is our new flagship limousine and, yes, there is much to praise about its engineering and craftsmanship. It brings together many traditional monozukuri (all-encompassing manufacturing) technologies to embody Japanese hospitality.

So you could say that the drama is already built in. But you will not hear Toyota shout about it and you will not find a manufacturer byline anywhere on the body or interior. That has never been the Century way.

Instead, understatement is used to speak volumes. Without headlines to attract attention, the observer is forced to look deeper and personally identify areas where the extraordinary resides. The new Toyota Century therefore exudes artistry perfected through many years spent honing individual skills.

An example of this is experienced at the front of the vehicle, where the mythological phoenix logo is exquisitely hand-carved from billet alloy. Like many other areas of the vehicle, it didn’t need to be manufactured that way. The badge could have been mass-produced in plastic. But that wouldn’t have perpetuated the model’s tradition of being individually made by master craftsmen.

From a design perspective, the whole front end exudes a simple yet luxurious and modern aesthetic, while the side profile reveals a dignified style. In keeping with the model’s heritage as a chauffeured car, a subtle priority is evident in the cabin shape, which ascends towards the back and includes a straightened C-pillar to heighten the importance of the rear. Even as the design resolves around the rear end, there are no superfluous flourishes to disrupt the sense of unity and composure.

The pursuit of rear seat convenience and comfort is initially suggested by the lace curtains, which are perceived in Japan as less ostentatious than tinted glass. No mechanical sound emanates from the doors as they are opened or locked closed, and the pure wool seat fabric was specifically chosen to allow passengers to sink silently into first class comfort.

From its unique 5.0-litre V8 petrol-electric hybrid powerplant to its whisper-quiet interior, the new Toyota Century will envelop its occupants in the most understated luxury of all – silence.

A brief history of the Toyota Century

1967 – 1997: The original Century arrived in November 1967 to replace the Crown Eight as Toyota’s flagship saloon within the domestic market. Its name celebrated the centennial of the birth of the company’s founder, Sakichi Toyoda, while every aspect of the vehicle itself provided a showcase of the manufacturer’s engineering skills.

Raising the bar with world-class standards and elaborate craftsmanship, every component was developed from scratch. The Century’s aesthetic was conservative yet stately and emphasised traditional Japanese taste rather than being a pastiche of American styling, which had become popular in large domestic saloons.

As Japan’s first car designed for chauffeuring, the Century’s equipment list included as many automated devices as possible. It was also the first Japanese car to adopt air suspension in an effort to ensure a smooth, comfortable ride for its occupants. The engine was an enhanced, larger capacity version of the Crown Eight’s V8. It was mated to a three-speed automatic transmission, although a four-speed manual gearbox was available until the mid-Seventies.

Few revisions interrupted the model’s comforting constancy. However, over the years rare features such as automatic climate control, self-levelling suspension, massaging seats, and the world’s first optical fibre multiplex communications system kept the Century at the cutting-edge of luxury transport. The most obvious change occurred in October 1989 when a limousine version with an extended wheelbase and longer cabin was added to the range.

Did you know? The Crown Eight (1964-1967) was the first Japanese car to be equipped with an all-alloy engine, automatic transmission, and power windows.

1997 – 2017: The Century was fully redesigned for the first time in April 1997, an unprecedented 30 years after its debut. It inherited the majestic, understated styling that was a key element of its identity but the mechanical components were radically updated in order to catch up with three decades of technical advancements and re-establish the model’s market position. The goal of the new generation car was to provide unmatched relaxation and ride comfort for passengers, through an interior design that paired bespoke functionality with refined taste.

Its wheelbase, length and height were significantly extended over the measurements of the previous generation, while a new shock-absorbing Global Outstanding Assessment body and the inclusion of six cabin airbags ensured the new car exceeded prevailing crash protection legislation.

Power came from the first V12 engine ever to be installed in a Japanese car. It was a bespoke 5.0-litre 48-valve unit tuned to produce a flat torque curve – perfect for delivering the sort of smooth, unruffled progress expected of a luxury vehicle. Meanwhile, the new electronically controlled Skyhook air suspension was combined with a double wishbone arrangement on all four corners to continually optimise ride quality irrespective of speed.