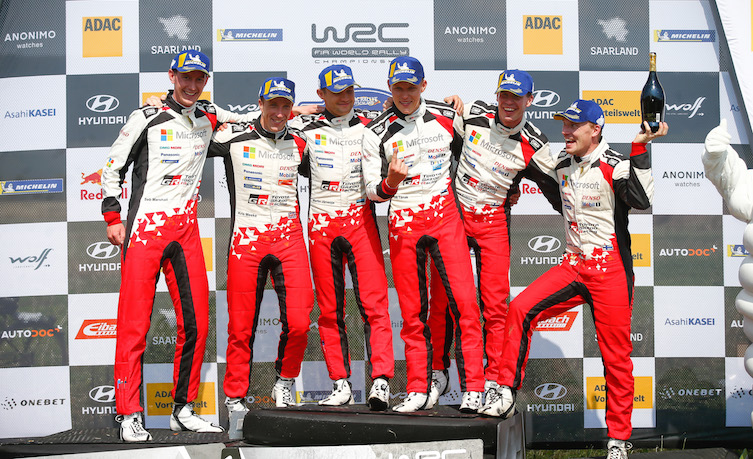 The Toyota Gazoo Racing World Rally Team claimed a lock-out of the podium places on 2019 Rally Germany. Ott Tänak claimed victory to increase his lead in the drivers’ championship to 33 points, with team-mates Kris Meeke and Jari-Matti Latvala joining him on the podium.

The result – the first time in four years that a single manufacturer has filled the overall podium on a World Rally Championship round – brings the team to within eight points of the lead in the manufacturers’ championship. 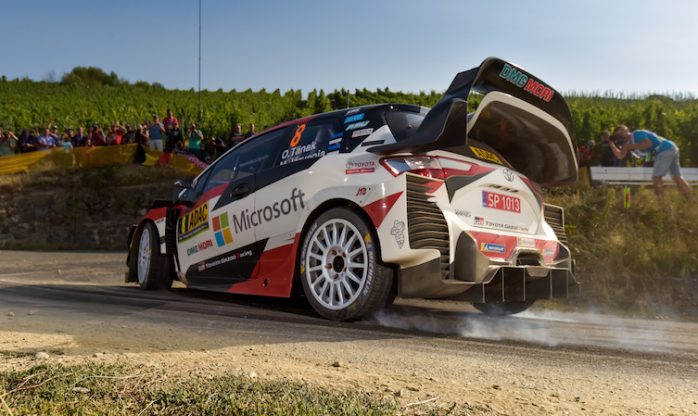 Tänak led 2019 Rally Germany almost from start to finish as he and co-driver Martin Järveoja notched up their third win in as many years on the demanding German asphalt event. After an intense battle on the first full day of competition, they built a gap on the fearsome Panzerplatte stages on Saturday afternoon, when Meeke and Latvala moved up into the podium positions.

On the final day the three crews protected their positions, with Tänak winning by 20.8 seconds as he clinched his fifth triumph of the year. For Meeke and co-driver Seb Marshall, second place represents their first podium finishes for Toyota, while third for Latvala and Miikka Anttila was a strong repeat of their result on the previous round in Finland. 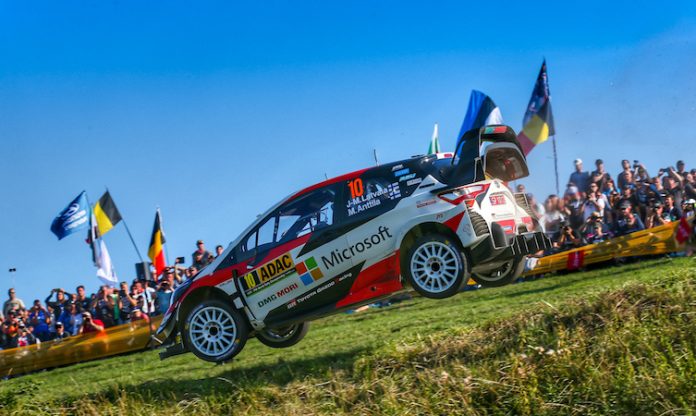 Together, the 2019 Rally Germany result was a perfect one on the home event of Toyota Motorsport GmbH, based nearby in Cologne and responsible for developing the engine of the Toyota Yaris WRC.

Tänak said: “It’s an amazing result for the team, so I’m sure there will be big celebrations here, and also when we go to visit the team at TMG here in Germany [on Monday]. We still have four more rounds to go and we need to stay focused and give our maximum. The championship is still tight, and we’ve seen this weekend that nothing is coming easy. We were not always the fastest but we were more consistent, and in the end we managed to get the victory.” 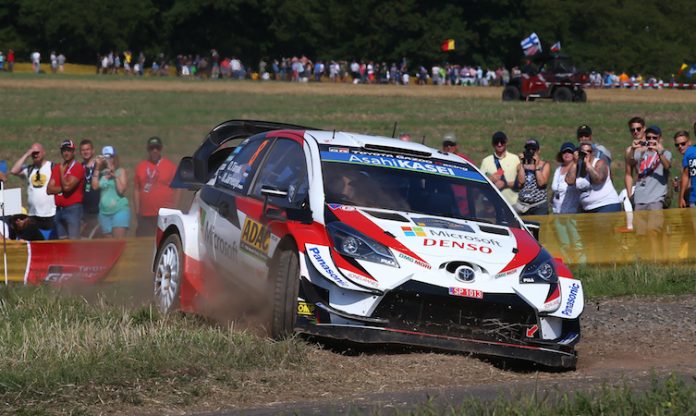 Team principal Tommi Mäkinen added: “It feels incredible to have our three cars in the first three positions. We had the possibility to achieve a similar situation a few times already and now finally we managed it.

“Our car was clearly very strong here but this weekend we also had the strongest drivers, who showed how to do it in the most challenging asphalt conditions we have. Our test mileage is very limited on asphalt and still we are able to do this sort of result. That says a lot about our teamwork and how well everybody has been working together. I have to be very proud of everybody today.” 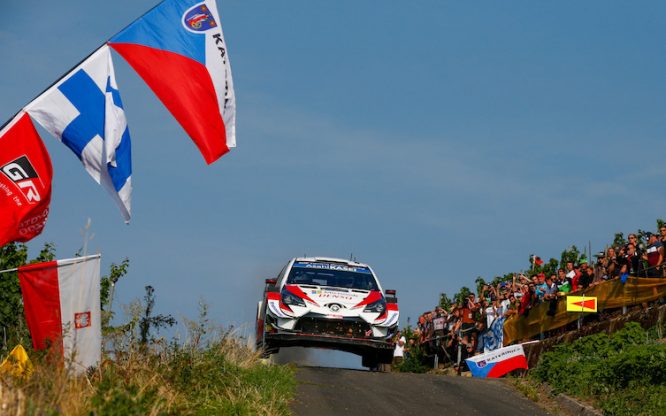 The next outing for Toyota Gazoo Racing WRT will be Rally Turkey (September 12-15), where rocky gravel roads and high temperatures should make for a gruelling event.

2019 World Rally Championship for Manufacturers (after 10/14)