Skip to content
Home New Tech News Toyota wants its hybrid batteries back – all of them! 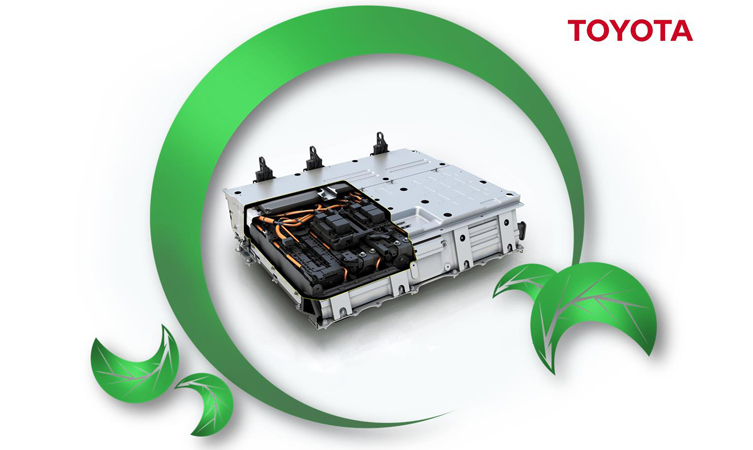 The hybrid batteries used in Toyota and Lexus models can last longer than the vehicles themselves, so often they are only recovered when the cars reach the end of their useful life, or if they have been involved in an accident. Toyota already has a battery collection rate of more than 90 per cent, but is now widening its strategy and targeting a 100 per cent result.

In Europe, Toyota has years of experience operating an internal collection system through its retail network. Toyota and Lexus dealers receive a new hybrid battery in exchange for an old one, leading to an average 91 per cent collection rate.

Toyota Motor Europe (TME) has set itself the challenge to significantly increase this figure to 100 per cent, through its own network and, additionally, any authorised end-of-life vehicle treatment operators.

To support this, the company has today announced an extension of its current battery recycling agreements until 31 March 2018.

Since July 2011, the France-based Société Nouvelle d’Affinage des Métaux (SNAM) has been taking back and recycling nickel-metal hydride (NiMh) batteries, as used in Prius, Auris Hybrid, Yaris Hybrid and all Lexus hybrid models.

Since August 2012, Umicore NV, based in Belgium, has handled lithium-ion (Li-ion) batteries, which are used in Prius+ and Prius Plug-in models.

Steve Hope, Toyota Motor Europe General Manager Environment Affairs, said “When our customers buy a hybrid, they already know that they are in for outstanding fuel efficiency, a stress-free driving experience and a reliable car. This is yet another reason for a hybrid purchase, as we can ensure their car excels in its environmental performance throughout its lifecycle.”

Used hybrid batteries are still mainly destined for recycling, but TME has started to research options for the remanufacture of NiMh batteries, potentially giving them a second life as a vehicle or a stationary energy source. Stationary batteries can potentially store surplus renewable energy, for example as an emergency back-up, or cheaper, or help manage fuel costs by storing cheaper, off-peak electricity.

Since 2000, around 850,000 Toyota and Lexus full hybrid vehicles have been sold in Europe. Protection of natural resources is a cornerstone in Toyota’s environmental approach, making sustainable recycling of high voltage batteries a priority.