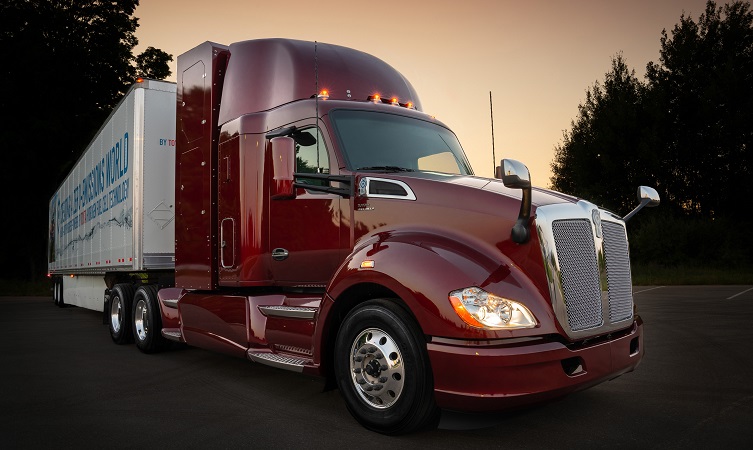 Toyota has strengthened its pursuit of zero-emission freight transport with the unveiling of a new, second-generation hydrogen fuel cell electric heavy-duty truck that can cover 300 miles on a full tank. 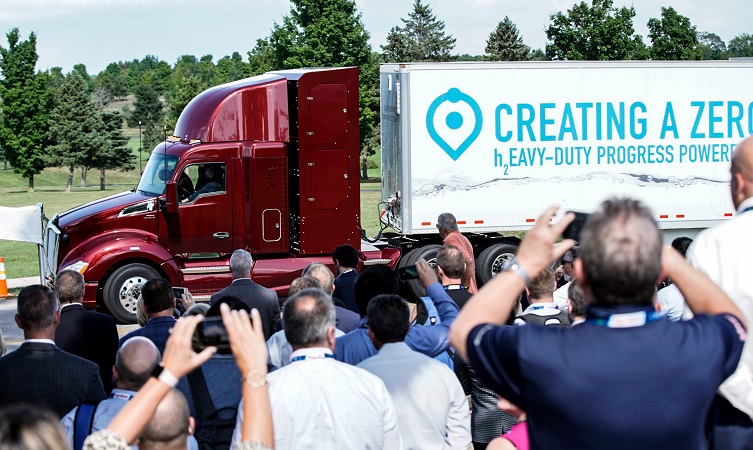 The new Beta vehicle was presented to media and industry leaders at the Center for Automotive Research in Michigan. It expands the capabilities of Toyota’s first Project Portal test vehicle that has been trialled in operations at the ports of Long Beach and Los Angeles in California since April last year. As well as being able to cover greater distances, Beta is more versatile and manoeuvrable. It is equipped with a sleeper cab and a fuel cabinet combination that frees up more cabin space without increasing the wheelbase. 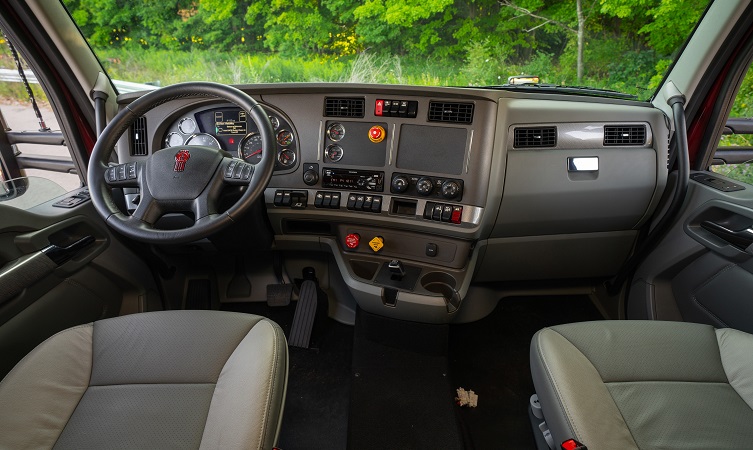 The original Alpha truck has already logged more than 10,000 miles in testing, emitting nothing other than water vapour. Beta will enter service in the autumn, increasing the zero emission trucking capacity of the ports and further reducing the environmental impact of their haulage operations.

Project Portal 2.0 builds on the experience gained from the launch of the Alpha vehicle. Toyota’s first heavy-duty fuel cell electric truck was the result of a highly focused programme that moved from initial concept to a fully capable vehicle being on the road in little more than a year. Engineers and technicians worked long hours to reconfigure wire harnesses, electronics and other components taken from two Mirai fuel cell electric cars to create one of the world’s first OEM-built zero-emission heavy trucks. 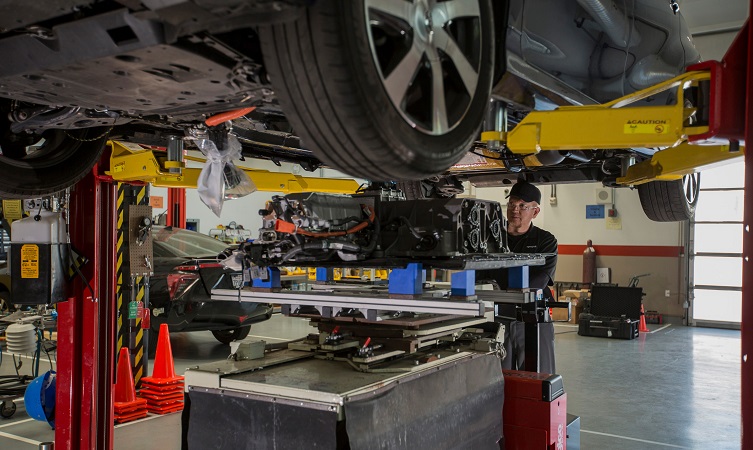 The Alpha truck had a 36.3-tonne gross combined weight capacity and a driving range of more than 200 miles on a hydrogen fill-up. Two Mirai fuel cell stacks and a 12kW/h battery supported an output of more than 670bhp and 1,796Nm of torque. The new Project Portal Beta maintains these power and torque figures but with an extended range and improvements in other key performance metrics. 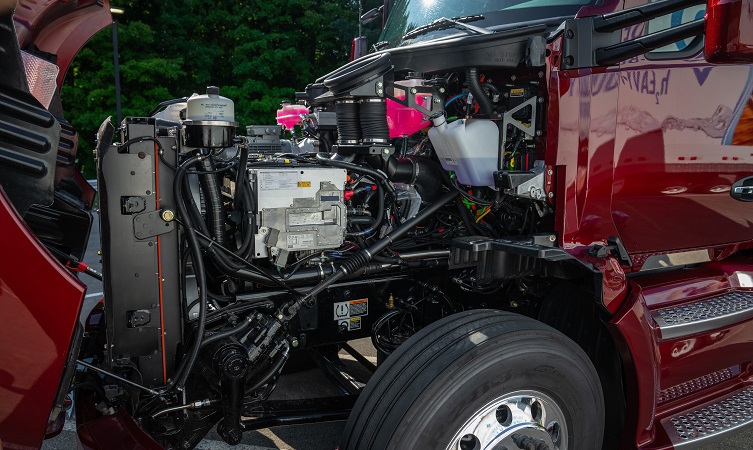 “By evaluating the first truck in our test facilities and on the actual roads in the LA area, we made a list of improvements for the Beta truck build process and performance enhancements,” said chief engineer Andrew Lund. “We needed to move beyond a proof of concept, which the first truck accomplished, to something that is not only better than the original but is also more commercially viable.”

More than 16,000 polluting trucks service the ports of Long Beach and Los Angeles, a number that is expected to double by 2030. In ports across the USA, more than 43,000 drayage trucks are working, sending significant amounts of carcinogens, diesel particulates and other substances into the atmosphere. 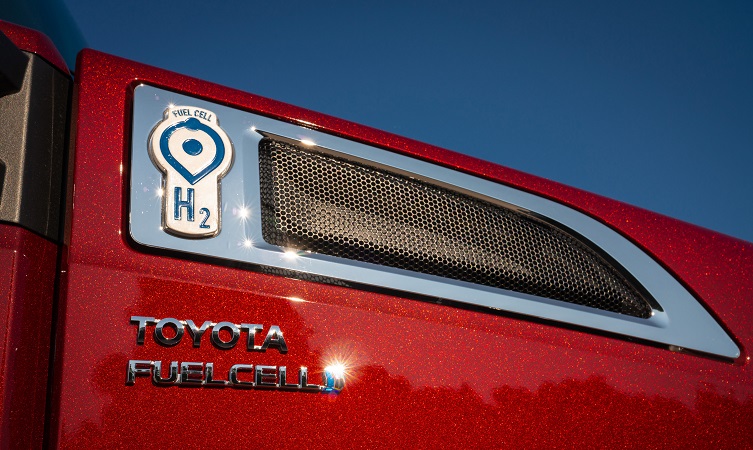 “Our goal with the first truck was to see if it could be accomplished, and we did that,” said Craig Scott, senior manager for Toyota’s North American Electrified Vehicle and Technologies office. “This time we’re looking at commercial viability. We want to help make a significant difference when it comes to the air quality not only in the LA area but across the US and around the globe.” 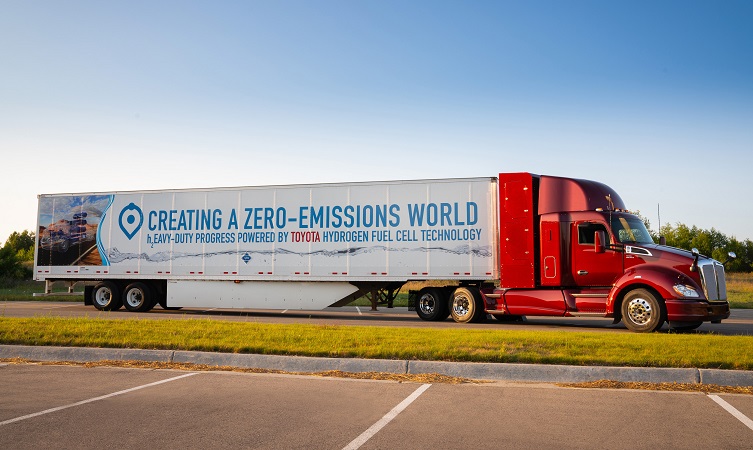 The announcement of the Beta truck project is a continuation of the Toyota Environmental Challenge 2050 effort to eliminate CO2 emissions at its Port of Long Beach logistics facility.

Previously, Toyota announced the construction of the Tri-Gen operation, which will be the world’s first megawatt-capacity fuel cell power generation plant with hydrogen refuelling. The plant will use agricultural waste to produce water and generate electricity and hydrogen to support the operations of Toyota Logistics Services at the Port of Long Beach.