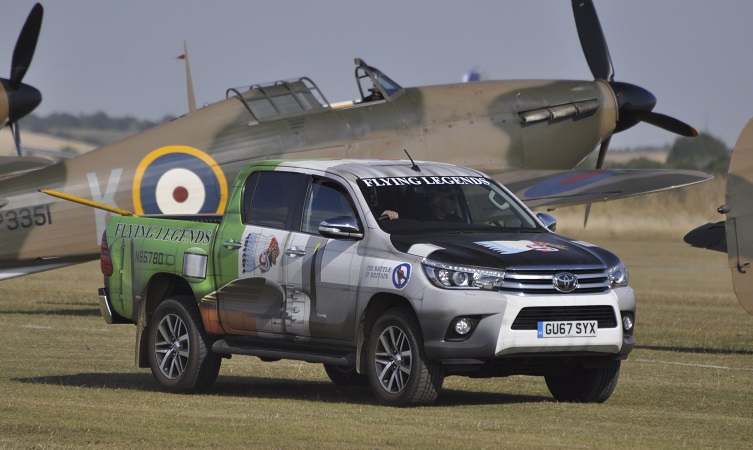 Visitors travelled from across the world to see the unique collection of historic aircraft gathered at Duxford airfield, Cambridgeshire. The event also coincided with the 50th anniversary of the making of the film The Battle of Britain, which was shot on location at Duxford. 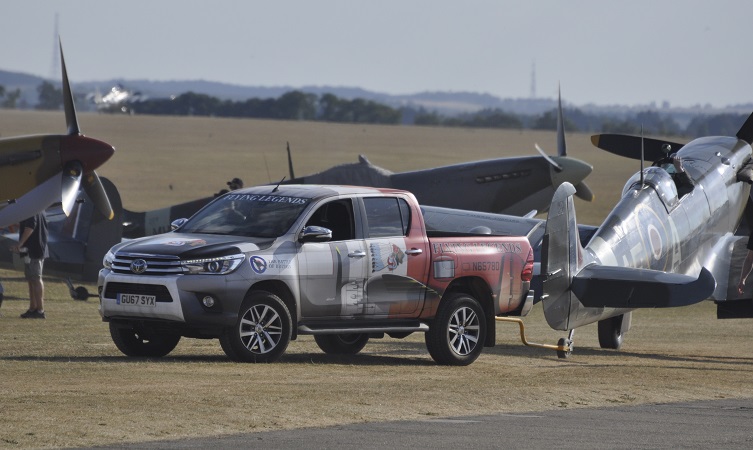 Loaned specially for the event, the Hilux supported ground crews tending the Spitfires, Hurricanes and Mustangs at the show, and made light work of towing the aircraft into position. It was decorated in a special aero livery that evoked the appearance of the classic aircraft on display, including the famous Indian Head logo of The Fighter Collection.

The weekend ran smoothly and enjoyed ideal air show weather of clear blue skies. The show closed on Sunday 15 July with a grand finale Balbo formation, in which a number of WWII fighters took to the skies in a mass fly-past salute.