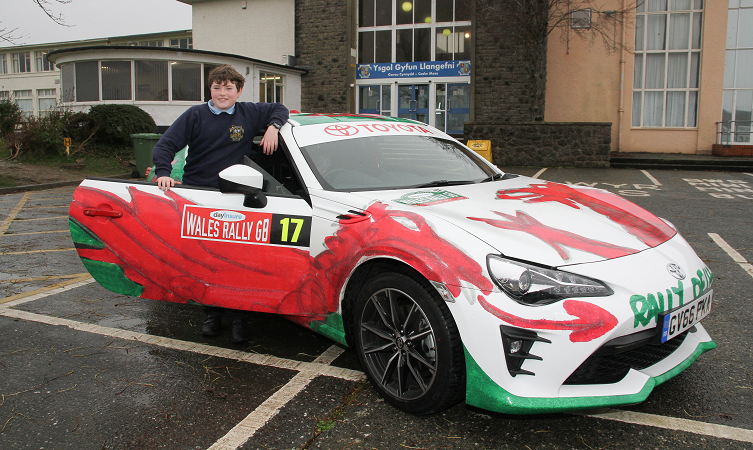 Toyota is once again teaming up with Dayinsure Wales Rally GB to host a car livery design competition for all school and college students in the UK, with the winning artwork to be applied to a full-size GT86 rally car.

The finished work will go on display in the Big Bang showcase in the Deeside Rally Village, the base for all teams competing in the UK round of this year’s FIA World Rally Championship, from 4-7 October.

Toyota’s support for the competition for a second year is part of its full engagement in the championship since its return to front-line international competition in 2017. Toyota is also the Official Car Partner to Dayinsure Wales Rally GB and the Rally Village is located adjacent to our Deeside engine manufacturing plant. 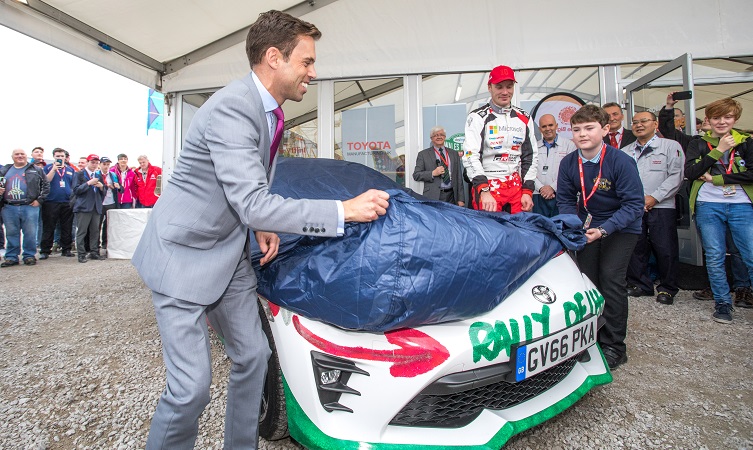 The competition is co-ordinated by the rally organisers and the Engineering Education Scheme Wales (EESW) on behalf of the Welsh Government. The aim is to inspire talent across a wide age range with entries invited from primary school children and secondary school and college students across the UK, with separate categories for Key Stages two to five.

The winners will be invited to the Rally Village in Deeside, North Wales, to receive goody-bag prizes from Performance Clothing and enjoy a special behind-the-scenes insight into one of the world’s most exciting and technologically advanced sports. 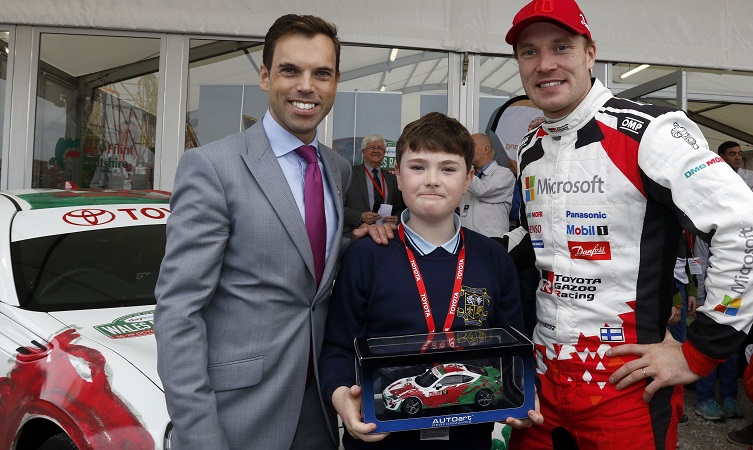 Last year’s winning design was created by 12-year-old Rheinallt Jones from Anglesey. As well as seeing his work adorning a GT86, he was also presented with a scale model of his liveried car and an artist’s impression of his design. Both were signed by Toyota Gazoo Racing World Rally Team drivers Jari-Matti Latvala, Juho Hänninen and Esapekka Lappi, and Team Principal and four-time World Champion Tommi Mäkinen.

Toyota is also a keen supporter of the well-established Big Bang exhibition in the Rally Village, in which a wide range of businesses contribute interactive displays and presentations to inspire young people studying STEM subjects.

“The livery competition was a huge success last year, producing many excellent entries and a very worthy winner. That’s why we are so delighted to be continuing the scheme with Toyota’s support in 2018,” said Ben Taylor, Managing Director of Wales Rally GB. “It is one of the many ways in which we maximise the presence of a major World Championship event in North Wales to the considerable economic and social benefit of all those in the region.”

The competition is open to students in the United Kingdom only. Those wishing to enter the special livery competition can download an entry form, design templates and further details from stemcymru.org.uk or from walesrallygb.com (via the Spectators/Big Bang tabs). The closing date for entries is 27 July.

All young fans are being encouraged to enjoy the thrills of World Championship motor sport, with accompanied children aged under 16 offered free admission to the rally’s special stages. Admission to the Rally Village is free for all ages.

Full details of 2018 Dayinsure Wales Rally GB including route, timetable and ticket information can be found on the official website at walesrallygb.com.