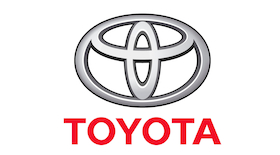 – A total of 35,124 UK-registered vehicles are affected

– No reports worldwide of any accidents, injuries or fatalities linked to these issues

– Toyota to provide customers with prompt inspection and repair programme, at no charge

– Customers can check if their vehicle is affected using registration number look-up function on Toyota.co.uk

The recalls affect a total 35,124 UK-registered cars.  Worldwide, there have been no reports of any accidents or injuries relating to these issues.  Toyota is conducting the recalls according to DVSA (Driver and Vehicle Standards Agency, previously known as VOSA, Vehicle Operating Standards Authority) code of practice.

Click here to use the registration look-up function to see if your car is affected by a recall.

Toyota has identified a possible issue affecting the spiral cable assembly in the airbag module fitted to some RAV4 and Hilux models. Due to the shape and location of a retainer for the Flexible Flat Cable in the airbag unit, there may be a risk when the steering wheel is turned of damage to certain circuits that provide connectivity to the airbag.

If connectivity is lost, the airbag warning light will illuminate on the instrument panel and the driver’s airbag may be deactivated.

The vehicles subject to this recall are RAV4 and Hilux models manufactured within the period June 2004 and December 2010. In total this covers 24,785 UK-registered models, the number split broadly equally between the two models.

All the vehicles affected by this issue are being recalled so that an improved spiral cable can be fitted.

The installation will take about one hour to complete; the work will be carried out free of charge.

(N.B. This recall also includes some Land Cruiser models, but none of the vehicles are registered in the UK.)

Toyota has found that the spring in the mechanism that locks the driver and (in three-door cars) front passenger seats in position on the seat adjustment rail may be under-strength and could break, should the seats be frequently moved back and forward.

Should the spring break, the seat may not lock into its adjusted position, and could move in the event of a crash.

The vehicles affected were built between January 2005 and August 2010. In total this covers 10,339 UK-registered cars.

All the vehicles affected by this issue are being recalled for inspection of the springs and, where required, replacement with new ones. The job will take between 40 and 90 minutes per seat, depending the model and work required; the work will be carried out free of charge.

Toyota is aware that the weld which connects the steering column bracket to the instrument panel on some Yaris and Urban Cruiser models might break when the steering wheel is repeatedly turned with full force.

The driver may hear an abnormal noise from the bracket area and if the vehicle continues to be driven, it is possible that the bracket will fail, causing the steering column to tilt out of position. However, the driver will not lose steering control.

The vehicles subject to this recall are second generation Yaris with tilt/telescopic steering wheel adjustment and Urban Cruiser models built within the period September 2005 to February 2009. In total this covers 1,293 UK-registered models. (N.B. these are a sub set of the 10,339 being recalled for the seat spring issued described above.)

All the vehicles affected by this issue are being recalled so that the bracket can be inspected. If no damage is found, an extra bracket will be fitted to avoid any problems occurring in future. If there is evidence of damage, a replacement instrument panel reinforcement will be fitted.

According to the action required, the job will take between two-and-a-half to four-and-a-half hours to complete; the work will be carried out free of charge.

Vehicle owners will be contacted by Toyota within the coming weeks by post or telephone and asked to make an appointment to bring their car to their nearest Toyota Centre, in accordance with DVSA guidelines.

Customers can check whether their vehicle is affected using a registration look-up function in the owners section of the main Toyota website (www.toyota.co.uk).

If owners require additional information they can contact Toyota Recall Helpline on 0800 1388744.