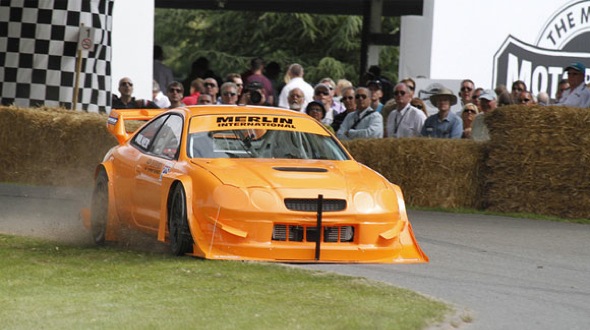 Nobody could have imagined that by the end of the Festival of Speed weekend in 2011, a sixth-generation Celica GT-Four would have outpaced every supercar and recent Formula 1 machine running up the 1.16 mile driveway of Goodwood House to set a new record time of 48.07 seconds.

Admittedly, the Toyota was far from standard, having been extensively rebuilt and then driven by Jonny Milner. The former British Rally Champion had been tantalisingly close to the top in previous years, so pulled out all the stops to achieve the fastest time this year. His Celica had been extensively lightened and its 1,050kg kerb weight redistributed for optimum balance. It was then fitted with a Corolla WRC engine modified with a Rotrex supercharger instead of its original turbo setup and then given nitrous injection for an extra shot of adrenaline. The headline output was now an immense 800bhp, channeled to the ground via sticky, rallycross specification tyres. 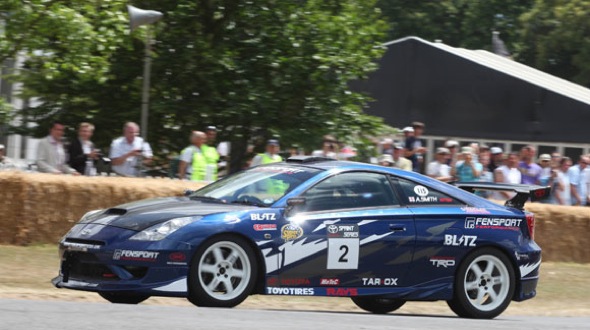 Due to a small mistake, Milner narrowly missed taking part in the televised Top Ten shoot-out finale on Sunday afternoon, but his time remained unbeaten. The next best time was almost 0.5 seconds shy, which was achieved with a twin-chassis Lotus Formula 1 car. Nevertheless, the Toyota flag was waved during the shoot-out by Adrian Smith of specialist tuner Fensport, who campaigned his seventh-generation Celica ‘GT4-X’ sprint car to an impressive 50.03 second time. 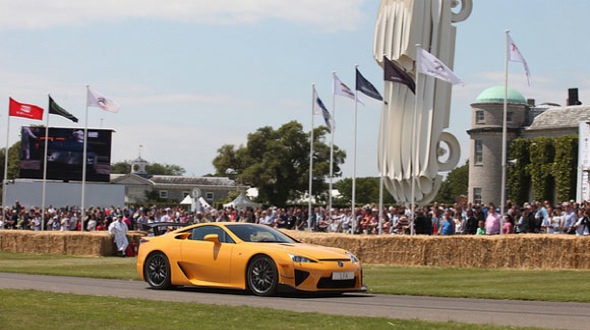 Hill climb excitement was not limited to Celica models, however. Lexus displayed its cutting-edge LFA supercar, running for the first time with the exclusive Nürburgring Package – a combination of detailed engine, suspension and bodywork adjustments. It was partnered by Gazoo Racing’s full-blooded competition LFA, direct from its participation in the Nürburgring 24 Hours endurance race. 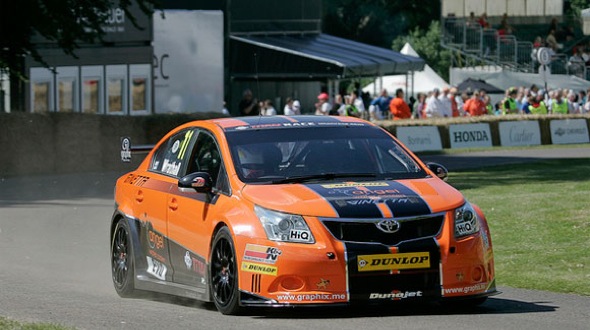 Toyota’s latest racer, the 2011 Dynojet Racing Avensis BTCC car was driven up the hill by Frank Wrathall, while Belgian F1 grand prix winner Thierry Boutsen was reunited with the Toyota GT-One sports car he drove at Le Mans in 1999. Finally, in a rare public appearance, spectators were given the rare opportunity to see one of just two surviving MR2-based Toyota Group S prototypes in action. 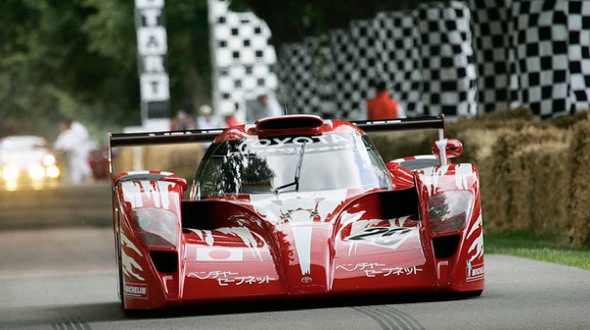 Goodwood’s Forest Rally Stage featured the multiple Dakar-winning Land Cruiser V8, plus Toyota rally stars from the Seventies to the Nineties. Meanwhile in the quieter surroundings of the pavilion, showgoers were able to see the full hybrid Yaris HSD concept ahead of the production car’s launch in 2012. The Yaris was displayed alongside cut-away and chassis exhibits of the Auris Hybrid and the Prius-based Plug-in Hybrid Electric Vehicle. 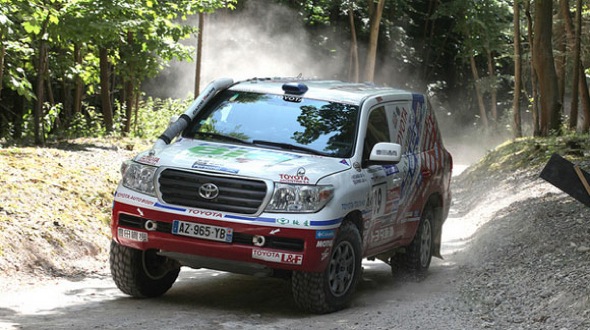 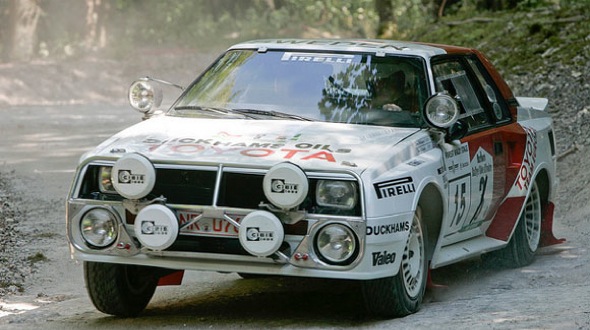