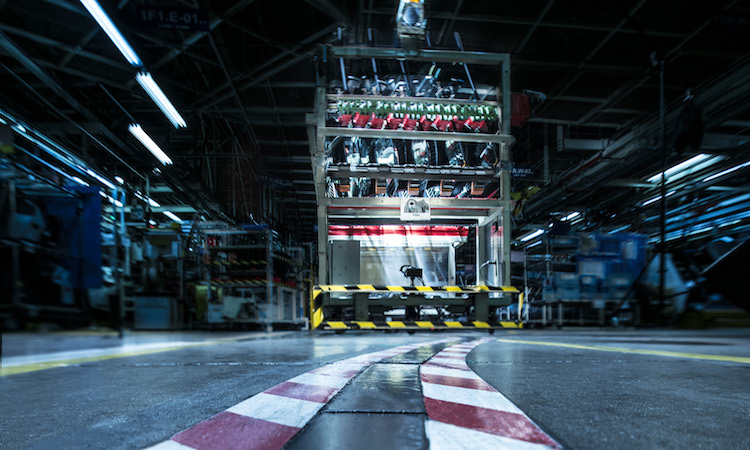 Throughout TMUK’s plants, self-propelled robots called Automated Guided Vehicles (AGV) are used to deliver the right parts from the stores to the right place on the production line, just in time to be fitted.

Laden with parts and playing catchy jingles to alert people to their location and direction of travel, the battery-powered AGVs are a familiar sight in the Burnaston assembly hall. They are particularly useful for moving fragile or bulky parts such as windscreens and seats.

To help keep track of the large number of AGVs, each is given a name, often chosen by the teams they are supporting. The one shown here is called Zebedee, after the character from The Magic Roundabout children’s TV series.

The AGVs are actually manufactured at TMUK and are maintained on-site. They are programmed to arrive at the specific locations where their cargo of parts are needed, navigating their way through the factory by following magnetic strips taped to the floor.

Magnetic tape has a big advantage over a wired guidance system as it’s easy to remove and relocate any time you need to change the AGVs’ routes. This happens more often than you might expect– the design and function of the assembly lines is constantly changing, as new options are added to the cars being built.