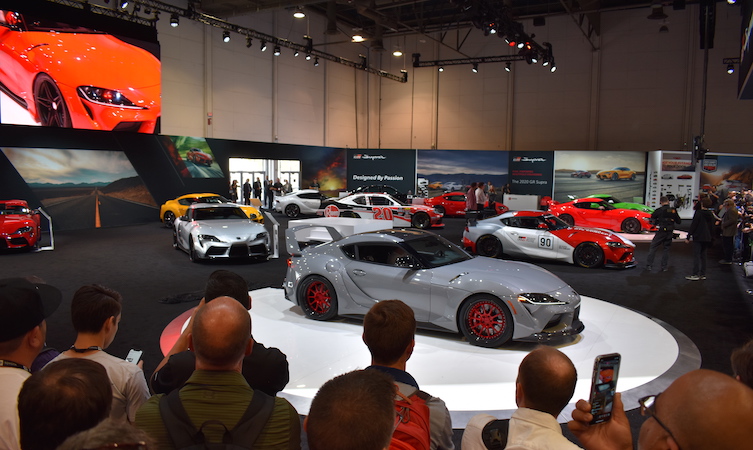 We’ve already looked in depth at three of the most ambitious modified GR Supras to be revealed at the recent SEMA Show in Las Vegas. You can read about them here:

There were dozens more on display, however, showcasing everything from bigger wheels to revised suspension to wild and wonderful body kits. Here’s our roundup of some of the best – let us know which is your favourite in the comments below. 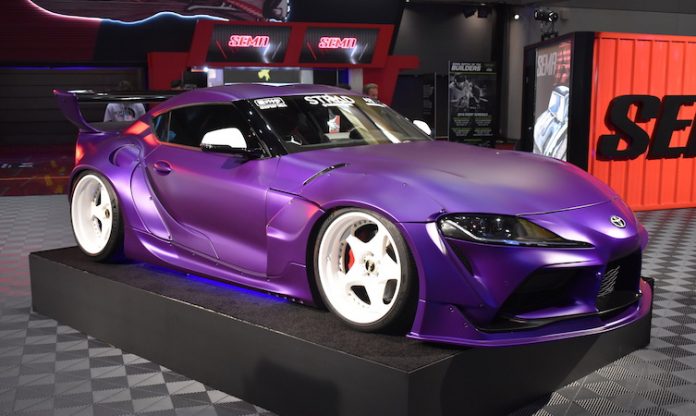 Pride of place in the busy SEMA Central area went to this beautiful matt purple Supra (above), owned by YouTube star The Stradman. 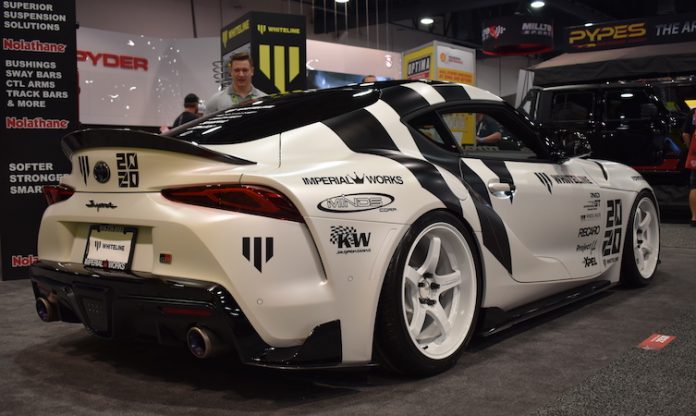 An anti-roll bar kit from Whiteline features on this Supra. The bars are the same diameter as the factory items, but are solid instead of tubular for extra stiffness. 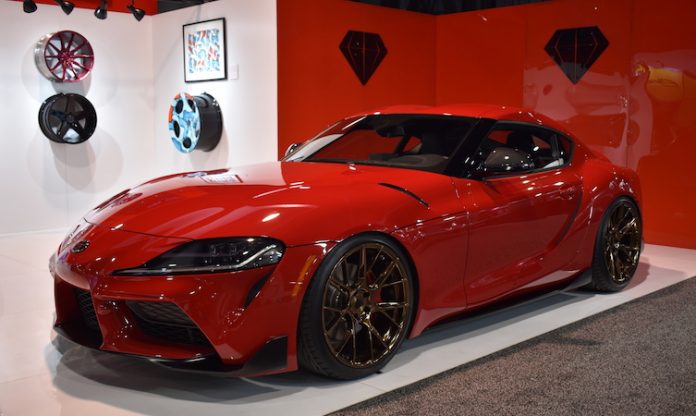 A tasteful wheel swap for this red Supra, which has 20in rims from Blaque Diamond Wheels and Toyo tyres. 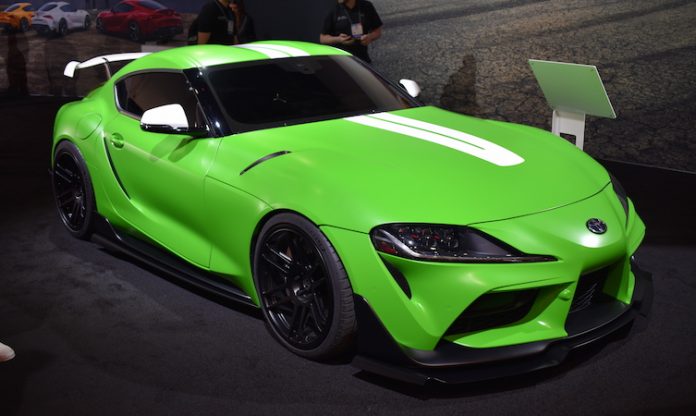 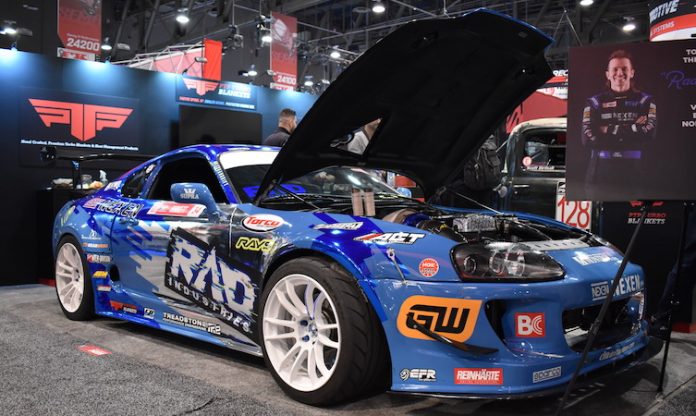 Not every Supra at SEMA was of the latest A90 generation: this A80 competes in Formula Drift, driven by “Rad” Dan Burkett. Its new paint scheme was unveiled at the show. 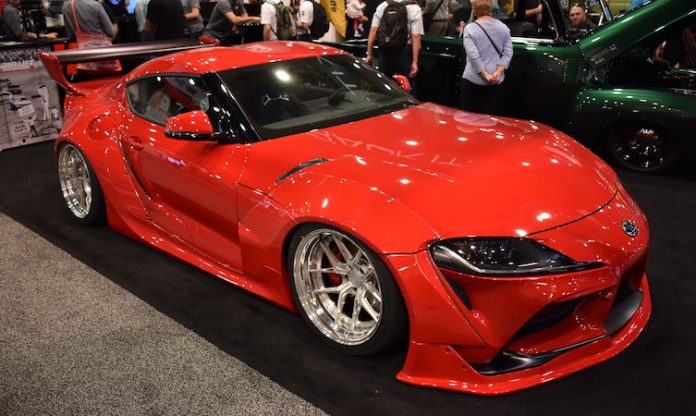 Air suspension offers new chassis tuning possibilities. Air Lift Performance is one of the first companies to market with a kit for the A90 Supra; its display car also had a Pandem body kit. 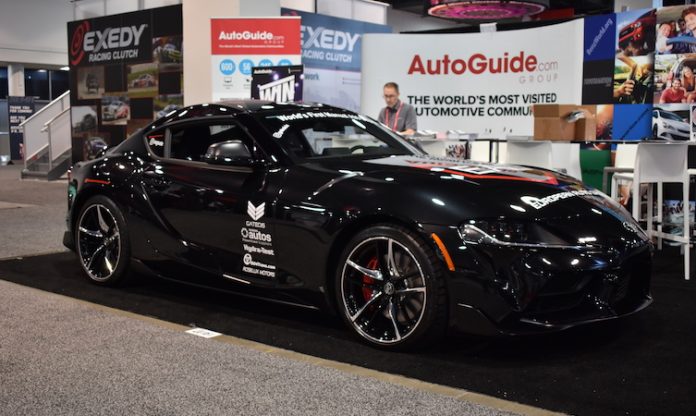 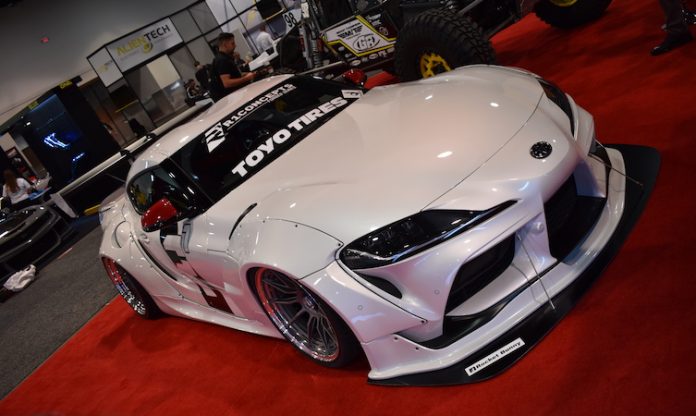 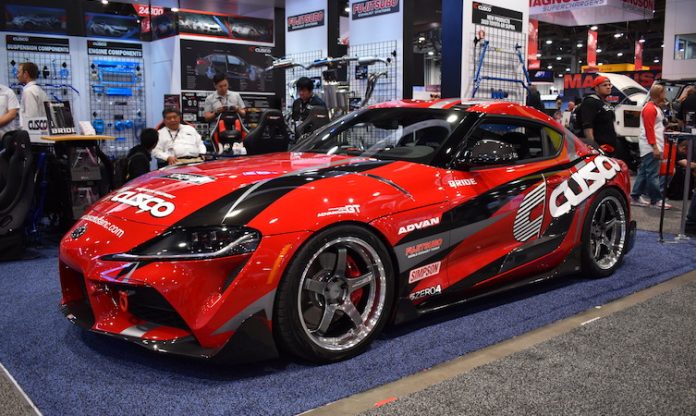 Forged Yokohama Advan Racing GT wheels were fitted to several SEMA Supras. This car is on the stand at Cusco, which makes suspension components and other motorsport parts for cars including the Supra. 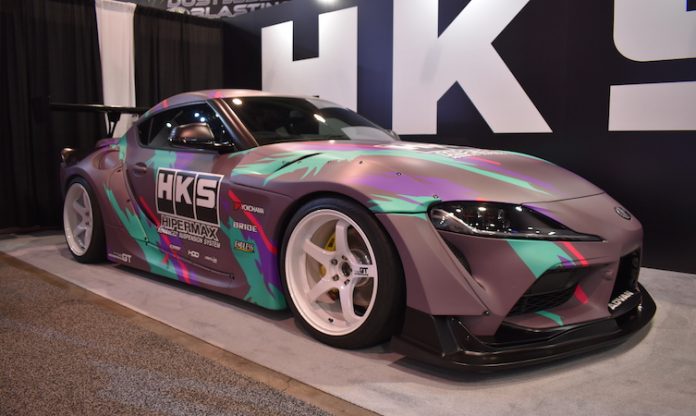 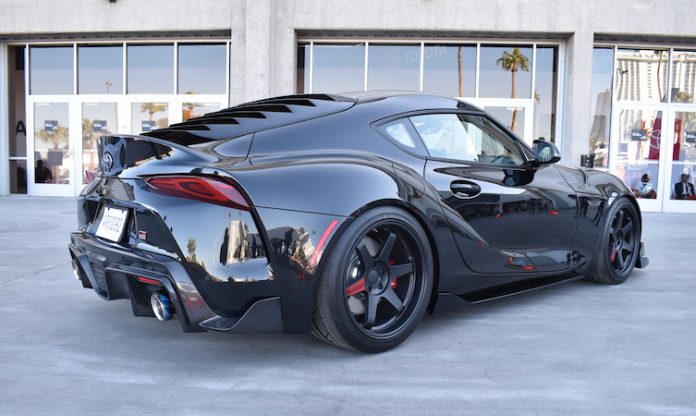 Inspired to spec your own Toyota GR Supra? Have a play with our car
configurator by clicking here.