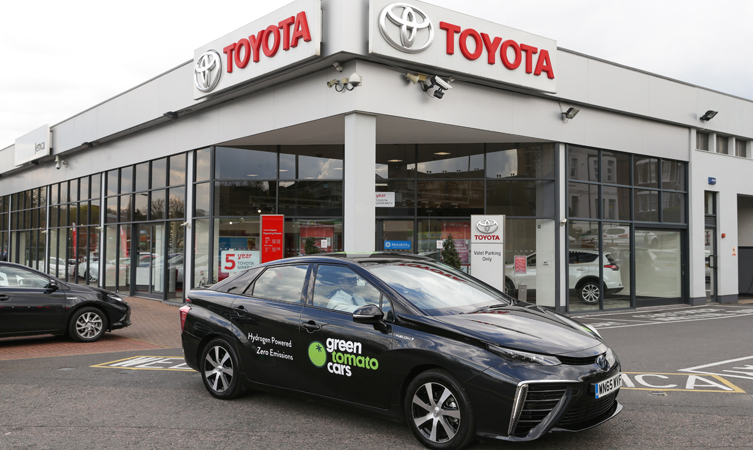 The first Toyota Mirai in the UK to be booked in for a routine service has given technicians the opportunity to put their specialist hydrogen fuel cell training into practice.

The team at the Jemca Edgware workshop in north west London were well-prepared for Mirai’s arrival on Britain’s roads, with three of their number undergoing four days of intensive training at Toyota’s European technical facility. There they learned about the essential chemistry of the fuel cell system and the fine detail of the car’s servicing, repair and refuelling procedures. 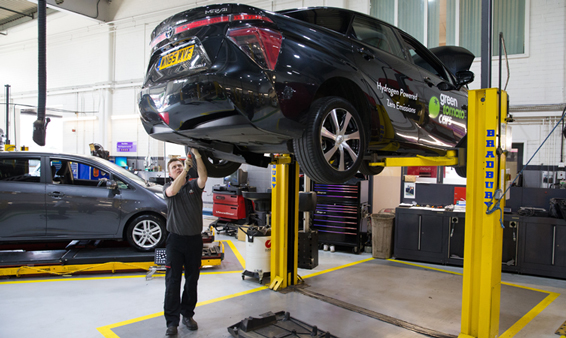 It may be one of the most technically advanced cars on the planet, but Mirai’s servicing needs are comparatively straightforward. The job was accomplished by one person within a one-hour time slot – just about time to enjoy a coffee and log on to the complimentary service reception wifi.

Peter Kelly, a Master Diagnostic Technician, carried out the task. He said: “It was great to be able use all the theory we’d been taught, but in fact it was very much like a normal service. If anything, it felt like there was less work to do than usual, as there wasn’t a petrol or diesel engine to work on.” 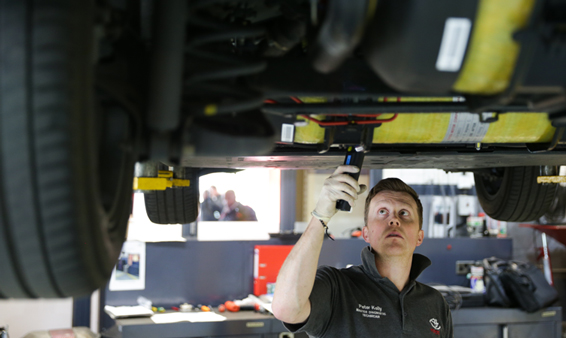 In addition to the usual checks on brakes, fluids and tyres, Mirai also calls for inspection of the fuel cell’s cooling system, hydrogen sensor and hydrogen fuel supply system. The only additional equipment required is a hydrogen leak detector and a diluted hydrogen spray, used to check the operation of the sensors.

As an early indication of Mirai’s built-in strength and reliability, the service revealed no problems and the vehicle was given a clean bill of health. The car, leased by greentomatocars, has so far clocked up almost 10,000 miles of quiet, zero-emissions driving in and around London in its duties as a private hire vehicle.

See also: Hydrogen fuel: what, how and why?