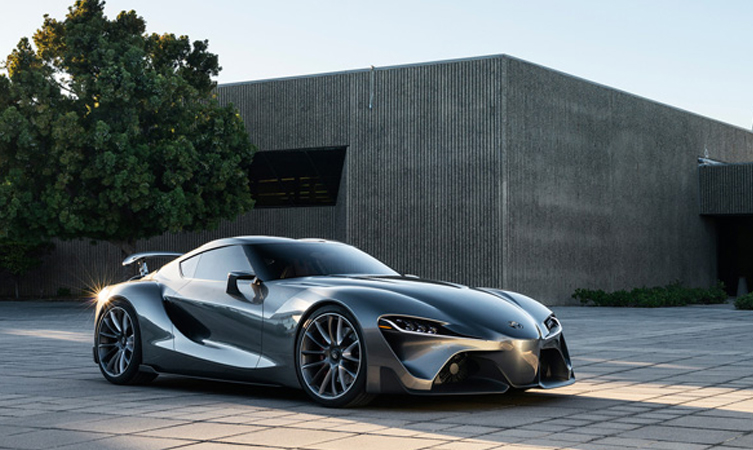 Finished in graphite grey with a contrasting saddle-coloured leather interior, the model offers a tantalising glimpse of a more premium FT-1 than the sporty red model before it.

Sellene Lee, creative designer at Calty, was responsible for the colour combination of the second FT-1 concept. Lee drew inspiration for its interior from the costumes of superheroes, which seamlessly combine form with function. This can be observed in the car’s seats, which feature raised metal mesh seat bolsters that not only look fantastic but provide ventilation for occupants.

Explaining how the changes that make up the second FT-1 concept came together, Lee said: “In the colour studio we help create the atmosphere of the vehicle, and our aim was to ensure everything supported the driver through efficient choices. The saddle leather maintains that same in-the-zone driving intention, while bringing in a more premium feeling.”

Adding a dose of luxury to the FT-1 hasn’t diluted the model’s driver-focused nature, however. Lee explains: “From the start of the FT-1 project, we wanted the driver to have a feeling of flow while at the wheel – to be able to focus on the road and nothing else.”

The original FT-1 concept stunned visitors at the North American International Auto Show in January 2014.  Finished in a bold red hue, the model delighted fans of classic Toyota sports cars such as the 2000GT, Supra, Celica and MR2.