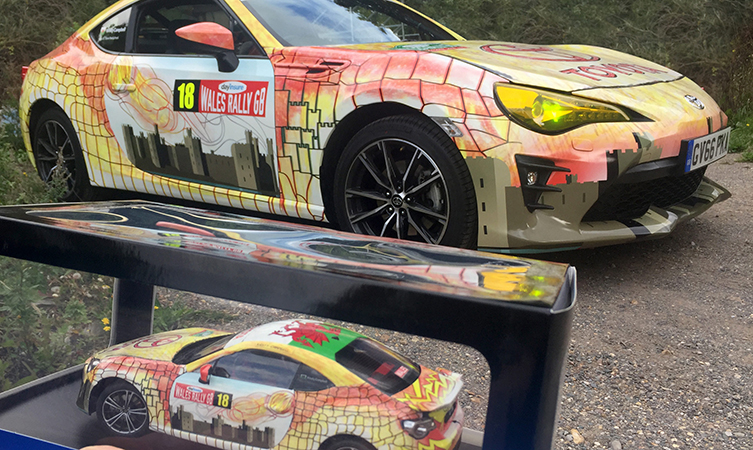 Toyota rally star Jari-Matti Latvala joined Lord Elis-Thomas, the Welsh Minister for Culture, Tourism and Sport, this morning to unveil the winning rally car livery in a design competition for school students. The colourful design, now emblazoned across a Toyota GT86, was created by 15-year-old Kirsty Campbell from Chester, and is being proudly displayed in the Deeside Rally Village during the Dayinsure Wales Rally GB this weekend.

Kirsty, a GCSE pupil at the Dorin Park Specialist SEN College in Chester, was the winner from among hundreds of entries received. She produced a design with the effect of Welsh dragon scales along the car’s bodywork, combined with representations of an historic Welsh castle. A bold red Toyota logo on the bonnet and a Welsh dragon on the roof added to the colourful artwork. 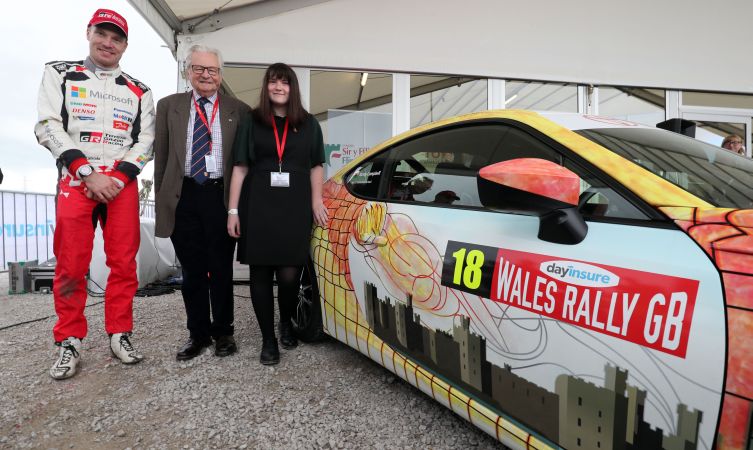 “Congratulations to Kirsty!” cheered Latvala, two-time winner of Britain’s round of the FIA World Rally Championship. “It’s an amazing design and I love the attention to detail, from the castle to the Welsh dragon.

“This competition is such a great initiative to inspire children to really indulge their abilities and follow their dreams – and the excitement on all the pupils’ faces as we took the wraps off the car showed just how much the activity has engaged them. I wish Kirsty all the best in her studies – I’m sure she has a bright future ahead of her.”

The car arrived at the Big Bang interactive exhibition at the Rally Village in Deeside, after a short stop at Dorin Park, where it was admired by students and staff. 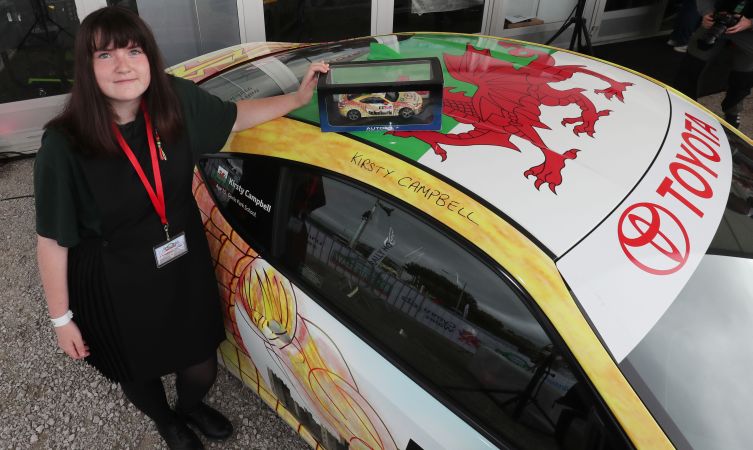 Kirsty was thrilled to see her design brought to life: “Seeing it on paper and now seeing it in real life is overwhelming. I was born in Chester and live in Ellesmere Port but most of my family are Welsh and this design has allowed me to express my Welsh side. I have included lots of scales for the Welsh dragon and a Welsh castle like the one that I see where we visit my nan in Wales. I also wanted to include an advertisement for Toyota on the bonnet. Art and design is very much a part of me and this is just awesome.”

Head teacher Jane Hughes said: “We are immensely proud of Kirsty, even more so as this isn’t just a special category that she’s won. The competition was open to all students and judged blind, so nobody knew what school she was from.”

“Congratulations to Kirsty for the 2018 winning design,” said Lord Elis-Thomas, who presented Kirsty with her prize at today’s event. “The Big Bang is a fantastic interactive experience which will help to inspire the engineers and scientists of the future. Wales is home to around 150 component and systems manufacturing companies, which employ some 18,500 people within automotive manufacturing with an annual turnover of £3 billion. This is an excellent opportunity to get young people interested in the subjects they need to become a part of in this dynamic sector in the future.” 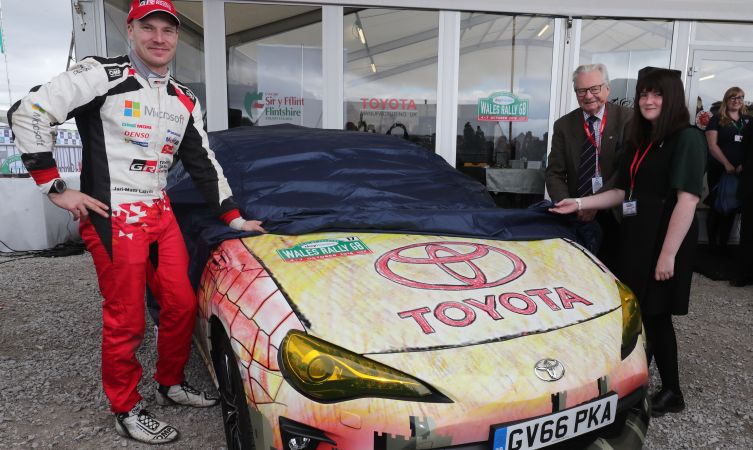 The competition was a joint initiative between the rally organisers, Toyota and the Engineering Education Scheme Wales (EESW) on behalf of the Welsh Government, and was open to all primary schools, secondary schools and colleges in the region.  The Toyota GT86 will remain on show in the free-to-enter Rally Village throughout the weekend, and Kirsty was presented with a scale model of the same car to take home.