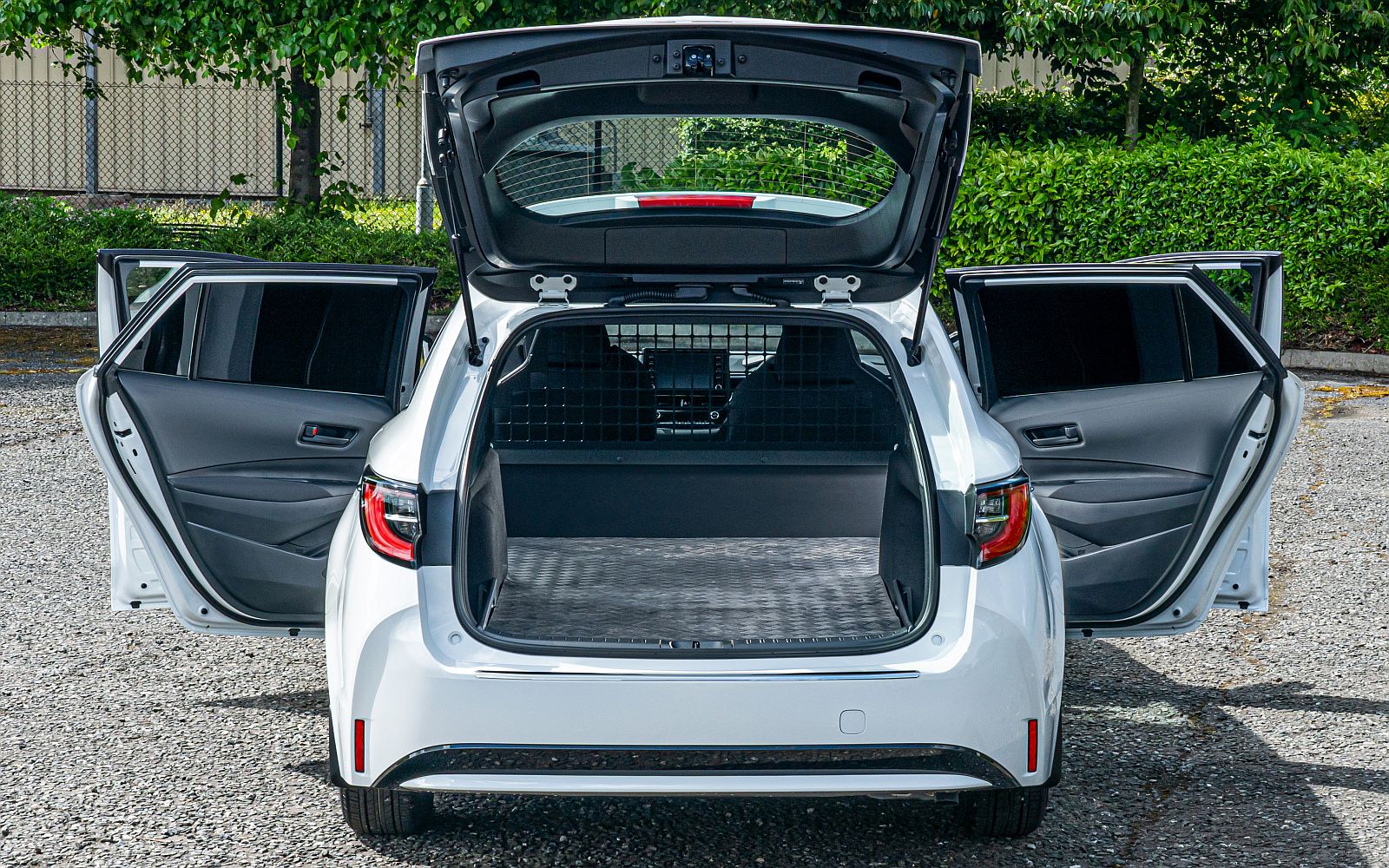 The national motoring press has recently been testing the new UK designed and developed Toyota Corolla Commercial. Offering the same highly efficient full hybrid electric drivetrain as the Corolla Touring Sports model, this new car-derived van is ideal for small businesses and sole traders and offers a unique proposition within the light commercial vehicle market. But what did the motoring experts think about it?

Below is a selection of excerpts from the published Corolla Commercial reviews, which include a numerical rating where applicable. To read the full online reports, simply click on the emboldened links.

“The Toyota Corolla Commercial is a vehicle for the moment: it fills a very specific niche within the commercial vehicle sector, so much so that it’s the only model of its type that’s currently for sale. If you’re looking to reduce your fleet’s emissions, but can’t quite justify the switch to electric because you need a vehicle that’s able to cover a long distance at short notice, then it’s well worth considering.

“The… payload capacity won’t suit some applications, but on the other hand you’re getting a work vehicle that’s just as smooth, refined and easy to live with as a Toyota Corolla Touring Sports estate, but with a work-biased interior that will handle the heavier use that commercial vehicles must withstand.

You’re getting a work vehicle that’s just as smooth, refined and easy to live with as a Toyota Corolla Touring Sports estate

“Overall, the Corolla Commercial is a more comfortable option than a small van, thanks to its car-derived suspension set-up, as well as the inherently sporty nature of Toyota’s TNGA platform.”

“Claiming to be Europe’s first… full hybrid electric van, the model is produced at the brand’s Burnaston factory in Derbyshire alongside standard versions of the Corolla. It’s the efficiency of the Corolla Commercial that really impresses. There’s loads of scope for long jaunts, which could be ideal if you find [an] electric van’s range just a bit too restrictive.

“The Commercial doesn’t drive all that differently to the standard Corolla. The silent start-up will prove a pleasant surprise if you’re used to a clattery diesel, while it’s able to switch to electric driving for a decent amount of time in a range of scenarios, aiding [its] impressive diesel-beating efficiency figures.

There’s loads of scope for long jaunts, which could be ideal if you find [an] electric van’s range just a bit too restrictive

“[So] if you want a van that doesn’t look like a van, there’s a lot to be said for the new Corolla Commercial, as… this Toyota’s sleek shape and sharp front end are very pleasant by regular van standards.”

“The van market… is expecting buyers to go straight from diesel to full electric in many cases. Commercial vehicle buyers haven’t had that in-between stage. Toyota reckons that this is a missed opportunity and there are plenty that would welcome a vehicle that can run on electric power some of the time and is powered by petrol the rest of the time.

“The Corolla Commercial is a good vehicle in many ways. Toyota… is targeting buyers that want that step towards electrification without taking a full leap. In that sense it is unrivalled, and it may well help a few companies satisfy some green policies.”

“For those of you making do with an estate car rammed to the roof with kit, then the Toyota Corolla Commercial is most definitely for you. It looks, feels and drives like a car… but is actually a bona fide commercial vehicle.

“It isn’t short on safety features either and gets adaptive cruise control, high beam assist and lane keep assist as standard. The cargo area has a maximum capacity of 1.3 cubic metres with access possible through either the boot or either of the rear passenger doors. The load space floor gets a tough-looking rubber lining and there is a full-height steel bulkhead to protect the front seat occupants.

It looks, feels and drives like a car… but is actually a bona fide commercial vehicle.

“The important part, though, is that it can take lengths of up to 1558mm, there’s 952mm between the wheel arches and 1430mm at its widest point.”

“The Toyota Corolla Commercial van is a steel toe-capped equivalent of the estate car it’s based on. Performance is adequate for most situations, but… when it comes to ride quality, the Corolla Commercial sets itself apart from rivals, because overall it’s very supple and well controlled.

“[It] is most at home in urban areas and at low speeds, and that’s thanks in part to its hybrid engine set-up, which allows it to run on electric power alone for short distances (in stop-start traffic, for example). When it does so, the interior is a very hushed environment, and even when the engine does kick in, you hardly even notice it at low speeds.

The Corolla Commercial is a unique proposition: it’s cheap to run, practical, and more comfortable to drive than many of its van-based rivals

“Estate cars are brilliant load-luggers, so a van that started out as an estate car can only build on this. The space offers decent practicality with four tie-down hooks on the bed itself, and four extra hooks for hanging other items (two on each side). The rear doors open wide and the boot opening is a square shape, with no lip to lift things over.”

Learn more: All you need to know about the Corolla Commercial