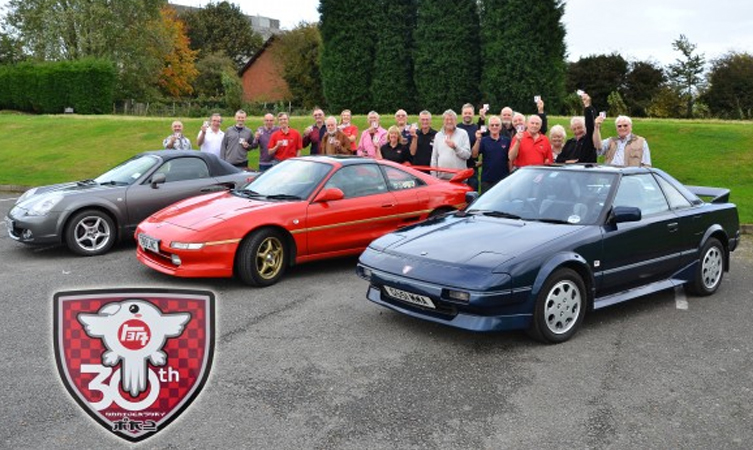 Hard as it may be to believe; this year marks 30 years since the introduction of the Toyota MR2. To mark the occasion, we asked members of the MR2 Driver’s Club for their thoughts on the secret to the model’s enduring appeal.

What’s so special about the MR2?

Originally conceived as a car for the ‘sporty commuter’, rather than as an out and out sports car, the MR2 quickly won plaudits for its fine driving dynamics and tail-happy rear-wheel drive layout. Production of the third and final generation of MR2 ceased in 2006 after 22 years, but time hasn’t dented its appeal. We asked some of the members of the MR2 Driver’s Club, pictured above, to share their thoughts on what it is that makes the model such a revered sports car.

Club director, Chris Backhouse, referred to the almost intangibly special feeling that MR2 evokes, saying: “Having owned one for 27 years, it still brings a smile to my face whether parked in the garage or on the move. No other car comes close.”

Darren Letts is currently on his third second-generation MR2, he says: “I was a schoolboy when the original MR2 came out, so when the second-generation model was launched, I just had to have one. For me, it was a piece of motoring exotica, with the added benefit of being properly affordable. Once I experienced the drive of the car, I was hooked.”

Lesley Sutton has been driving MR2s for the past 18 years and is a fan of their responsiveness to driver inputs and cabin simplicity, she says: “My MR2 responds beautifully to the road, it’s powerful, with a great turning circle. The design is uncluttered inside and out; the car is reliable and always puts a smile on my face.”

Anthony Podesta sports a lightly-modified second-generation MR2, finished in white and featuring TRD badging, he says: “The MR2 looks good even today. It’s a real driver’s car that rewards smooth driving. I could be in the worst mood but after five minutes behind the wheel I’m happy again – I can’t imagine parting with it.”

How do I get an MR2 sticker?

Our free sticker giveaway has now ended, as we are all out of stickers, stamps and envelopes… Thanks to all of you who got in touch with us, and those who took pictures of their cars to share with us.

Where next?
Detailed history of the MR2
Comparing the first-generation MR2 with the third in the mountainous roads of Wales
Owner interview: What is it like to own a classic Toyota MR2?