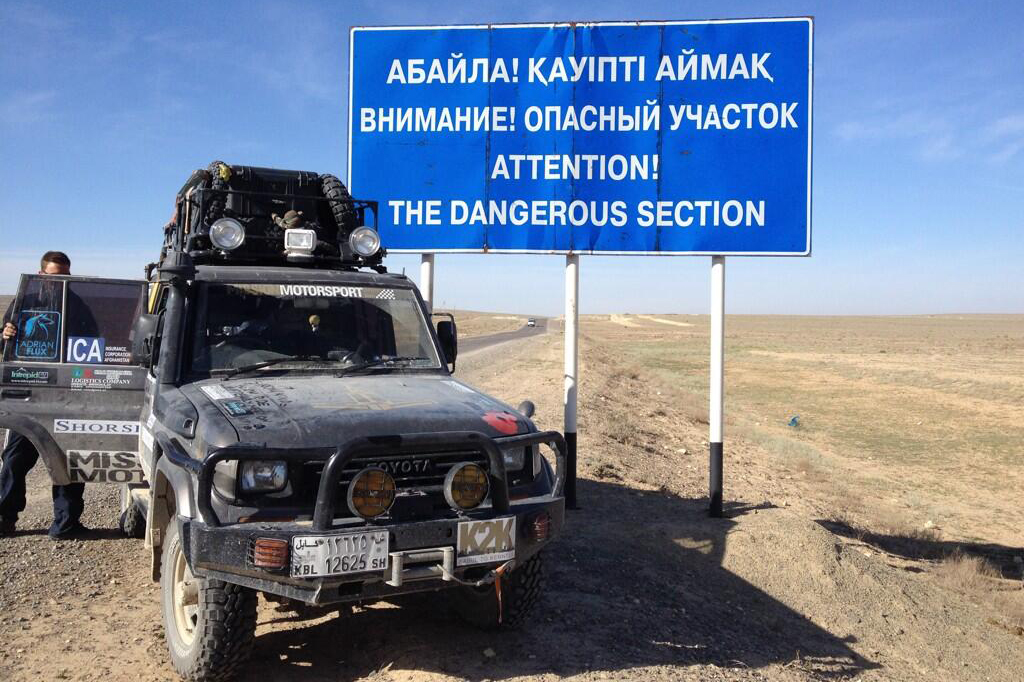 So here we go, then: Kabul to Kennels. Afghainstan to…West Sussex. Quite a contrast, you’ll agree.

The 4,600-mile journey of three men through 17 countries starts here. How they’re going to get through it is one thing – and you’ll find out all about that over the next few weeks in this page – but, really, the first question to answer is why? What is it that’s driving this audacious trio?

The answer is simple: camaraderie. The team will be raising money for Mission Motorsport, the veteran-run charity that, in its words, exists “to aid in the recovery and rehabilitation of those affected by military operations by providing opportunities through motorsport.” It’s one of the more exciting ways of recovering and rehabilitating, that’s for sure, and is fast becoming a huge success.

What he’ll capture is Chris riding a specially modified motorcycle, and supported by a restored 1993 Toyota Land Cruiser, driven by Domenic and equipped with everything that the team will need to take them through the extremes of temperature and topography they’ll experience along the way. We’ll cover that over the coming weeks.

So, a bit about the boys, then. Chris is a Royal Marine veteran, but these days manages his own security consultancy in Afghanistan, and the cause of injured soldiers is especially close to his heart – he was medically discharged from the Marines after eight years of service.

Chris also runs Shorsec Racing, which was set up last year to conjure up extreme motor-based challenges such as this for charity; K2K is the first trip organised by the Shorsec team.

Support driver Domenic is originally from New Orleans and is a trained lawyer, so no stranger to heated environments. An electrical engineer by trade, it was law that actually took him to Afghanistan, and for the last two years he’s been a practicing commercial attorney there.

And finally Laurence, whose camera equipment will be entrusted to Domenic and the Land Cruiser. He’s spent the last three-or-so years running television and radio recruitment campaigns for the Afghan National Army, as well as producing documentaries on the Afghan Special Forces – so he’s the perfect man for the job.

We’ll catch up with the team over the next few days to get the lowdown on the first phase: crossing the Afghan border and into Uzbekistan.

In the meantime, you can check out the team’s progress on their Twitter feed. It includes a bit of NSFW language, but hey – this is real life. Sort of.