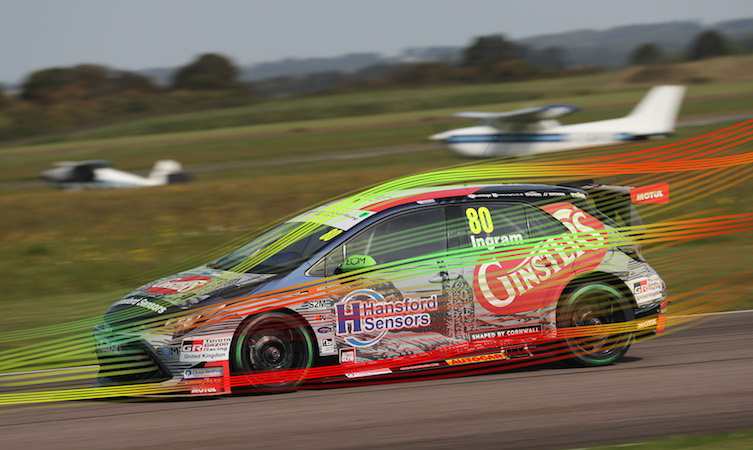 Behind closed doors, the months between race seasons are among the busiest in the motorsport calendar. Success hinges as much on tiny alterations as the most obvious changes and, although the pursuit of incremental gains isn’t new, podium finishes now often begin with virtual models rather than tyres on track. 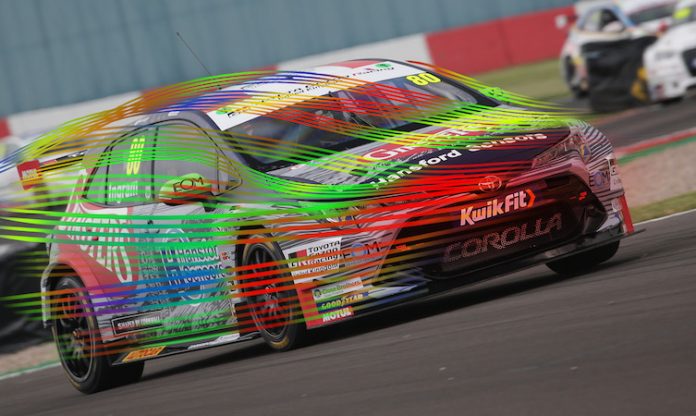 We spoke to team principal Christian Dick and D2H’s aerodynamics engineering director Chris Hebert – previously head of aerodynamics for Toyota’s TS030 Le Mans prototype team – to find out how it unlocked even more of the Corolla’s potential.

Toyota GB: When did you start working together?

Chris Hebert: “[The team] came to see us in the middle of December last year. They had manufactured bodywork using the best tools they had and what they’d learned from the Avensis. What they were looking for was a more engineered solution, so they could increase performance, and improve the way everything went together. We received a scan of the Corolla on the 6 January, and had to complete a full CFD programme, design and manufacture bodywork for the 16 March [ahead of the BTCC season launch].” 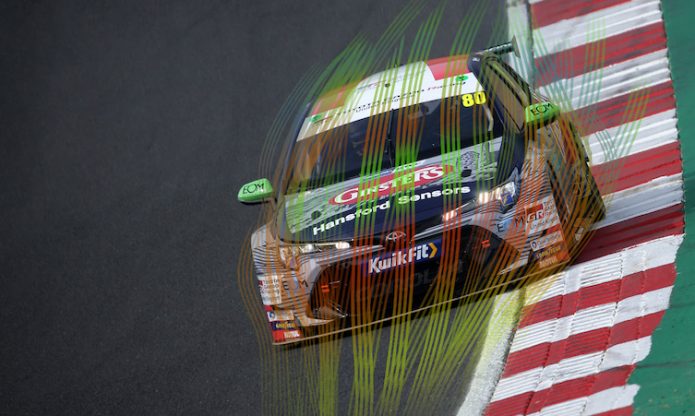 Toyota GB: What are the pros and cons of the BTCC Corolla, compared to the Avensis you competed with for eight years beforehand?

Christian Dick: “There were plenty of pluses going to the Corolla. It’s a shorter wheelbase and smaller package, so we can make the car more nimble. It’s also lighter, so we can put the weight where we want it and achieve better weight distribution.

“However, the saloon shape is better from a drag point of view. The flatter the back of the car, the more turbulent the air you have coming off. It’s not an area we’ve really had to pursue in the past because, aerodynamically, the Avensis was good out of the box.”

Toyota GB: How did you develop aerodynamic parts previously?


CD: “We would take the car to a wind tunnel with some pre-made panels – sometimes a block of foam cut to a shape – to find out where we could improve, and how we could influence air getting over the car. This can be very time consuming, and very costly. 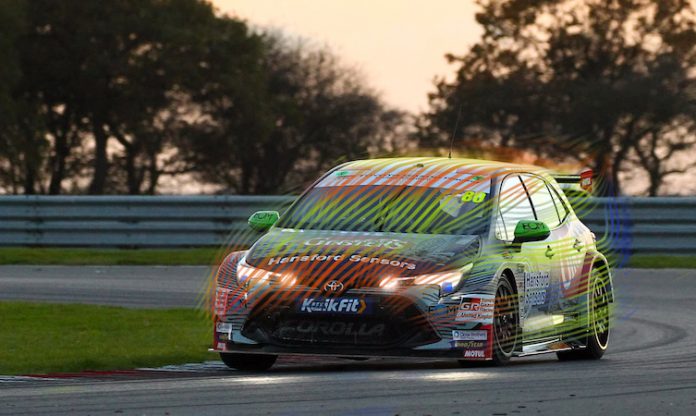 “With D2H, the process is completely different. They run hundreds of different combinations through their software to find sensitive areas of the car. That gives us a direction of the parts that we can leave alone, and the areas we need to focus on. It’s almost like going from analogue to digital, from where we were.”

Toyota GB: How much data was required to get the project moving?

CD: “A lot. We supplied CAD data from the original Corolla shell and the drawn elements of that; everything from the roll cage to the suspension geometry, including the underside and under the bonnet to see where the air is passing through, backed up with a full 3D scan. The chassis data is our sensory data from the race weekends and testing, which helps to make sure that we either keep the air balance or improve it.”

Toyota GB: What level of simulation detail is required to accurately model the aerodynamics of the BTCC Corolla?

CH: “Aerodynamics happens on an extraordinary number of lengths and scales. If I split the domain into a few squares, I am not going to capture those details. But if split it up into millions and millions of squares, I’ve got a chance of resolving these details. Until I can resolve those details correctly, I won’t be able to accurately predict the drag and downforce on the car.

“We’ve got half a billion cells in the domain that the car sits in. You need that refinement to capture what’s going on.” 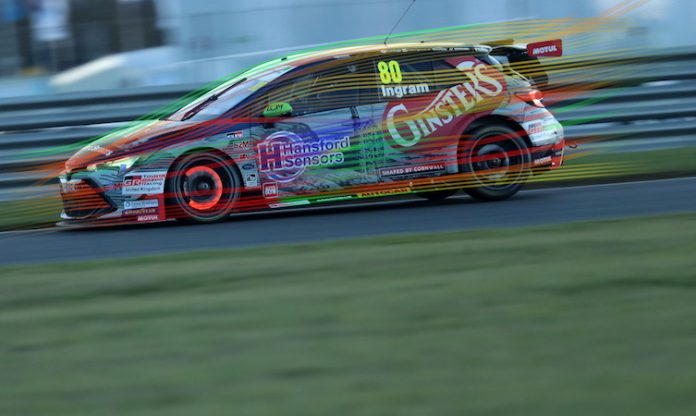 Toyota GB: That’s a lot of work within three months – how do you minimise development times?

CH: “We spent lot of time making it easy for engineers to put data into the CFD process, and then analyse the results at the end, which means they spend their time doing the thinking and designing. Then we’ve worked with our software providers and hardware solvers to make sure we can solve in the optimum way, to reduce the time to get converged solutions.

Read more Ingram on driving the BTCC Corolla at SpeedWeek

“Our in-house CFD software allows engineers to easily pick any run, and see how quickly it’s converging – typically after 350 or 400 iterations, which is pretty quick. It means our solve times can be four or five hours – not 10, 12, or 24 – for these highly refined cases [and] push through more solutions in less time – adding performance to the car extremely rapidly”

Toyota GB: Where did this highlight a need for improvements?

CH: “They’ve done a damn good job, so the vast majority is refinement. It’s the areas where things connect; the wheel arches to the floor, the splitter to the bumper, and the lower you get, the more sensitive [it is]. When we summed up the improvements we had made, we reckon if they implemented everything, we would have saved them about 0.75 seconds per lap.”

Toyota GB: How do you measure that difference?

CH: “[We input] the mass, estimate the grip, put in the aerodynamics, engine power and things like that, run a simulation, and check that the simulated lap time values match what they were achieving last year. Then [you] change the aerodynamics, re-run [the simulation], and it will tell you [a time saving] for that given circuit, for that configuration.

CD: “What you’re learning throughout that process is it’s not as straightforward as producing some downforce or making a car slippier in a straight line. Sometimes it can be a very small gain on lap time, but keeping or improving the aero balance to give you a better tire wear over a longer distance.”

CD: “Most circuits we’ve taken a step forward with, so I’m really pleased. What that means is delving into the detail to work out where the best areas of improvement are – there’s certainly more aero work to be done on the BTCC Corolla. We’re not blessed with the biggest budget in the world, so we’ve got to spend the money wisely and chip away at it.”