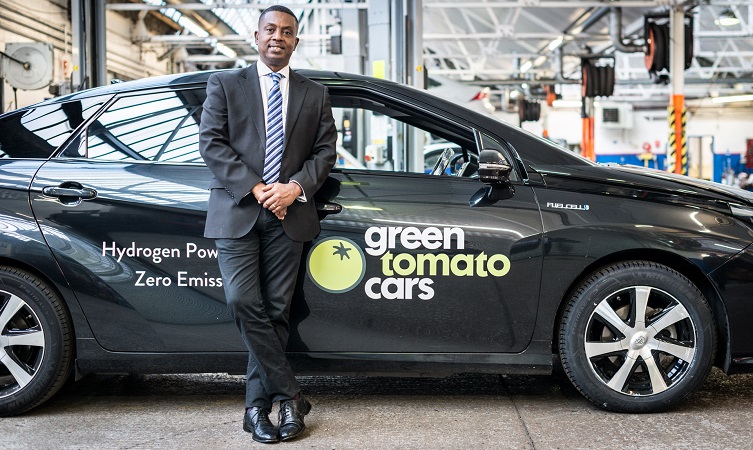 In its two years on the road, the hydrogen-electric Toyota Mirai run by private hire company Green Tomato Cars has passed its first 50,000 miles with zero problems and zero harmful emissions. In fact, the only by-product from Mirai’s on-board electric power generation system has been pure water – around 7,470 litres, or enough to fill more than 93 domestic bathtubs. 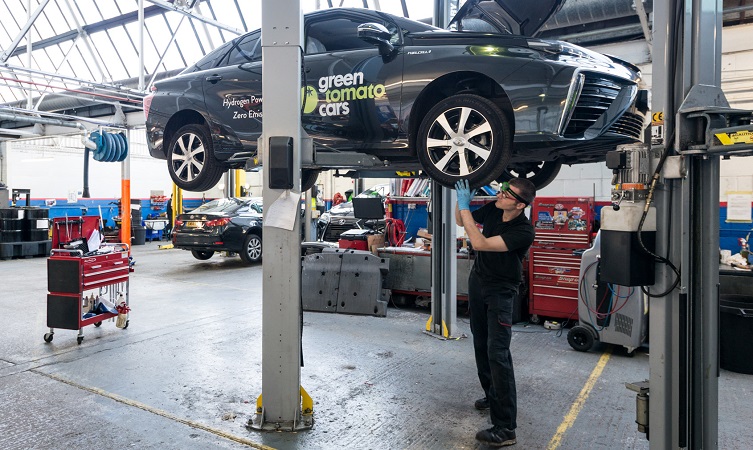 The car was given a clean bill of health at its routine service, carried out by Currie Motors at its Toyota-approved workshop in Isleworth, and it was soon back in the hands of its regular driver, Theo Ellis.

As you can see from the video above, Theo has introduced many celebrity customers to the smooth, clean and whisper-quiet performance of Mirai as he chauffeurs them across the capital. He said: “Over the past two years I’ve been driving on average 130 miles a day and estimate that I’ve driven around 50 passengers around London per week in this amazing car. That adds up to about 5,000 passenger experiences in total.

“The Mirai still feels like new and is a joy to drive, being easy to manoeuvre and providing smooth and reliable performance whatever the weather or road conditions.  It’s also been very quick to refuel, taking less than four minutes, and I typically get 300 miles from a full tank.” 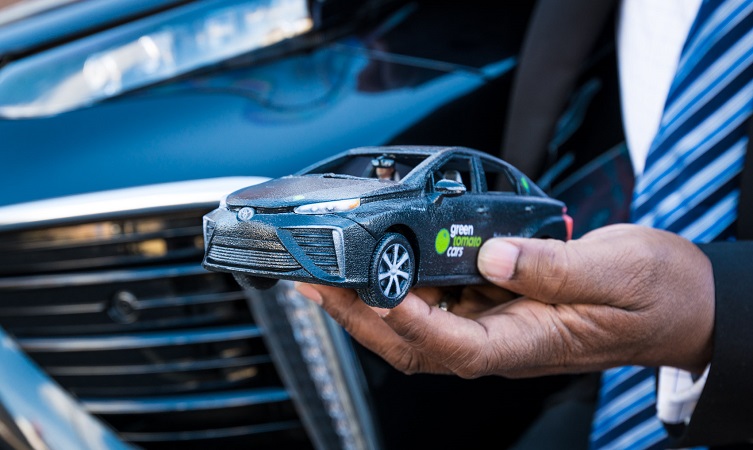 Toyota GB presented Theo with a scale 3D-printed model of himself in the Mirai to mark its latest milestone.

The speed of refuelling contrasts with the amount of time battery-electric vehicles need to be parked up for recharging. In the course of its first 50,000 miles, the Mirai will have spent only about 14 hours in total at the pumps; charging a typical battery-electric hatchback at home with a special, high-power 7kW charger would have taken at least 50 days to allow the same mileage to be covered*. 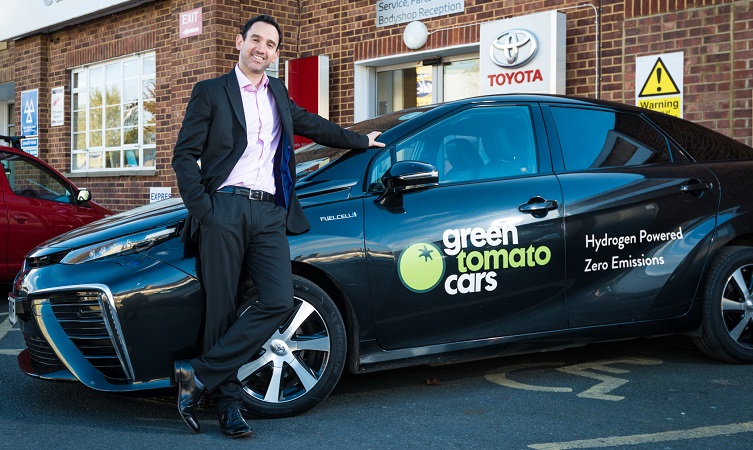 Compared to a conventional petrol or diesel engine, there are fewer powertrain components to monitor, maintain or replace

Jonny Goldstone (above), founder and CEO of Green Tomato Cars, said: “When we decided to be the first private hire company in Europe to take on hydrogen fuel cell vehicles, we were excited at the prospect of providing zero emission transport in such an innovative vehicle, but the Mirai has far exceeded our expectations. In terms of comfort, driving experience, ease of refuelling and range it’s been a revelation – and most importantly, our passengers just love it.”

It may be one of the most technically advanced cars on the planet but Mirai has comparatively straightforward servicing requirements, so the car is not off the road for long. In fact, compared to a conventional petrol or diesel engine, there are fewer powertrain components to monitor, maintain or replace. In addition to the usual checks on brakes, fluids and tyres, there is an inspection of the fuel cell’s cooling system, hydrogen sensor and hydrogen fuel supply system. 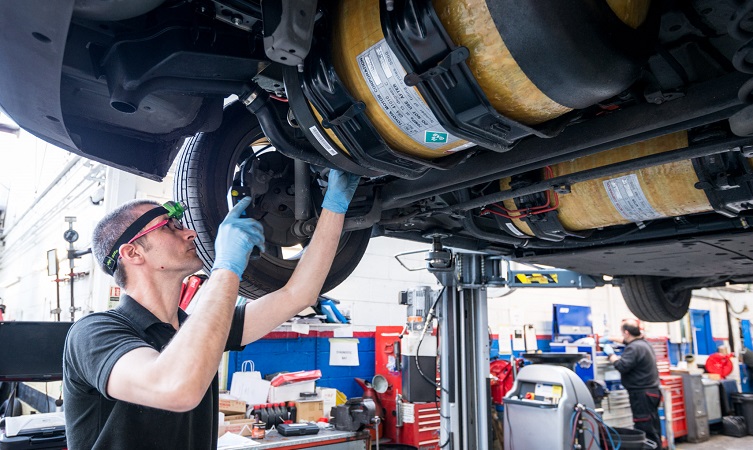 The only additional workshop equipment required is a hydrogen leak detector and a diluted hydrogen spray, used to verify correct operation of the sensors. The job is carried out by qualified Toyota technicians who have received appropriate specialist training to work on Mirai’s advanced technical features.