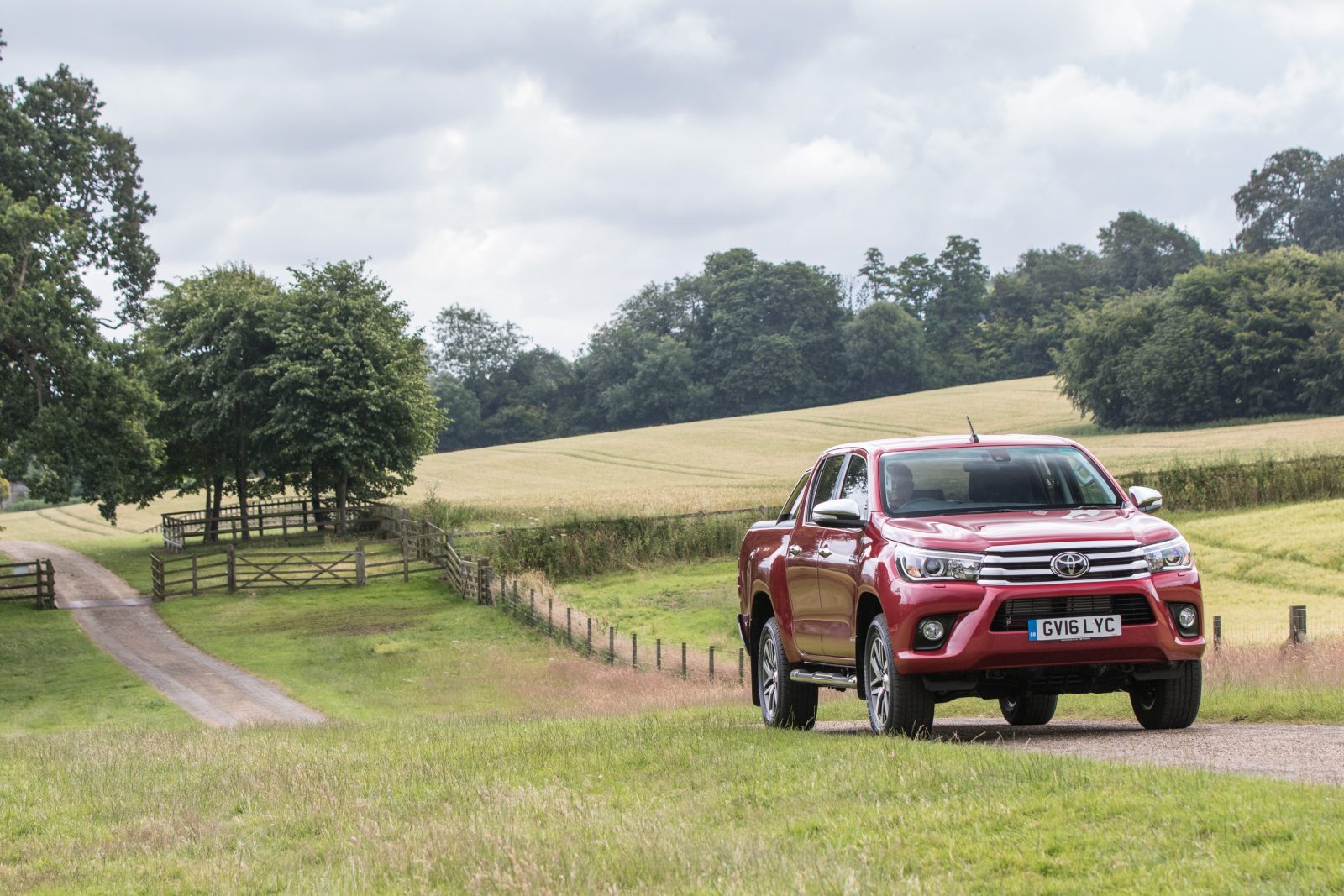 The new Toyota Hilux has arrived in the UK, and over the past week our UK launch event has seen journalists getting to grips with the pick-up that’s already being touted by some as “one of the best models in its class to drive both on and off road”. 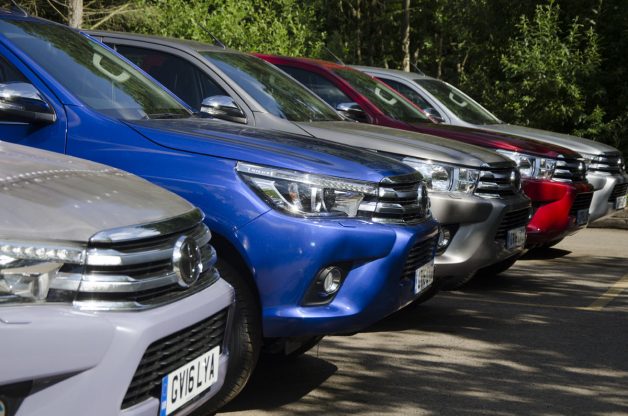 The 2016 Toyota Hilux was first unveiled at the Geneva motor show earlier this year and, back in May, a select number of journalists were given the chance to drive the car in Namibia. The UK launch would showcase the car in a more rural setting, allowing journalists to see that not only is the Hilux capable of tackling exotic deserts, but it’s also a dependable work vehicle for our customers here in the UK. 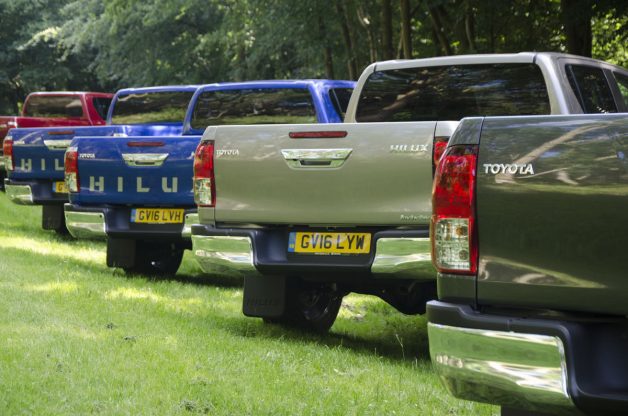 The launch took place in rural Buckinghamshire. The picturesque location was the ideal place for journalists to experience both on- and off-road driving. 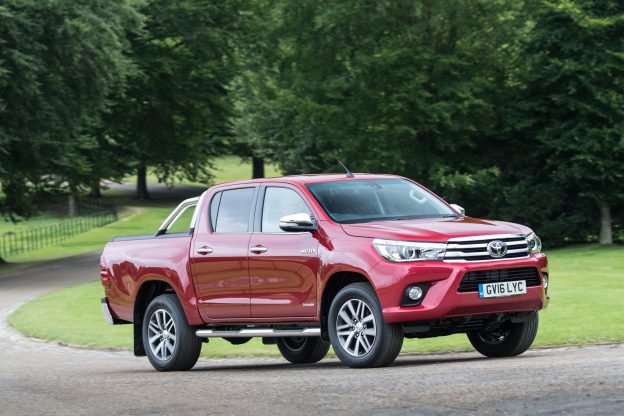 For the on-road segment of the day, the press team had kindly pre-programmed the new seven-inch touch screen sat nav with a scenic route around Buckinghamshire – allowing drivers to experience what the car was like to drive on a day-to-day basis. There was a varied mixture of A and B roads on the route, giving journalists plenty of time behind the wheel to experience the improved SUV-like ride comfort. 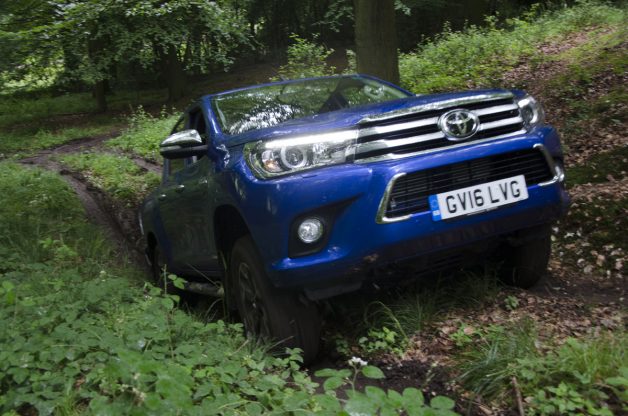 For the off-road section drivers were accompanied by an instructor in the passenger seat as they tackled the treacherous and muddy terrain around the West Wycombe estate. With heavy rain tumbling down regularly to exacerbate the unfriendly conditions, the even tougher chassis and enhanced 4×4 capabilities of the new Hilux were truly put to the test. 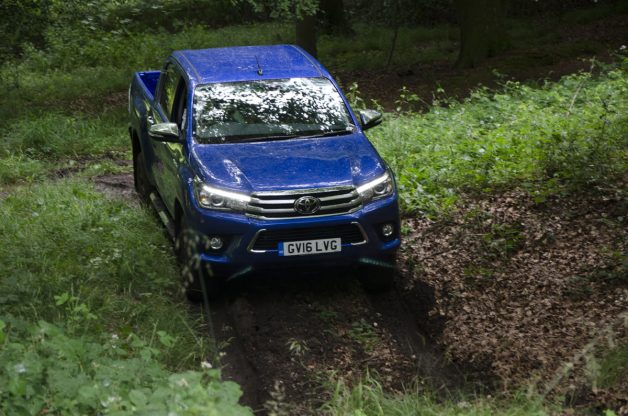 The new four wheel drive switch that has been added to the Hilux allows more freedom and improves the system’s durability and reliability by only making it possible to engage low-range gears when it is safe to do so. Another neat feature is Downhill Assist Control (DAC), which made it extremely easy for the Hilux to navigate around the estate – even on its road going tyres – tackling the steepest and muddiest of hills with no issues. 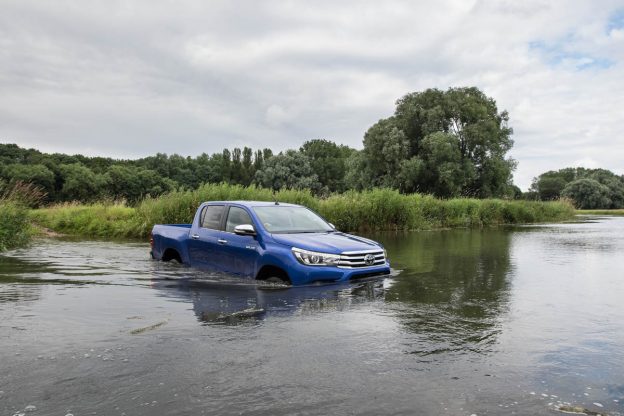 DAC maintains stability while travelling downhill in off-road conditions. When activated, the DAC system applies individual brakes to keep the vehicle stable and maintain a constant speed of up to 4.5mph during descent. It works in forward or reverse gears and requires no pedal input from the driver, allowing you to concentrate solely on the task of navigating the terrain. 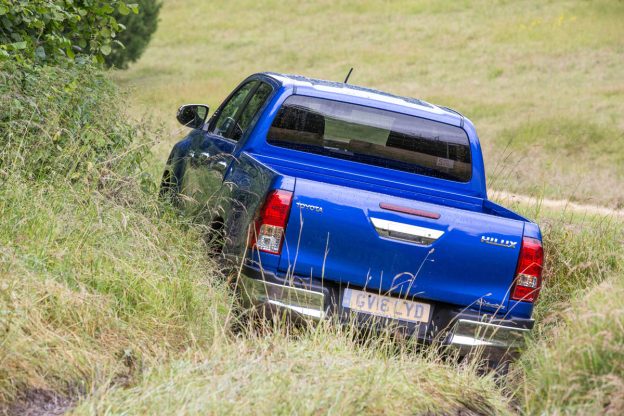 The difficult topography, which included extremely steep hills, muddy fields and high flowing rivers, were a piece of cake for the new 2.4-litre D-4D diesel engine, with its responsive torque delivery. Being a more efficient engine than the one it replaces, there’s the added benefit of improved fuel efficiency, too – making the new Hilux much more affordable to run.

Throughout the week the new Toyota Hilux didn’t just prove how capable it is both on and off road. It’s also much more fun, and we really think it’s the best one yet!