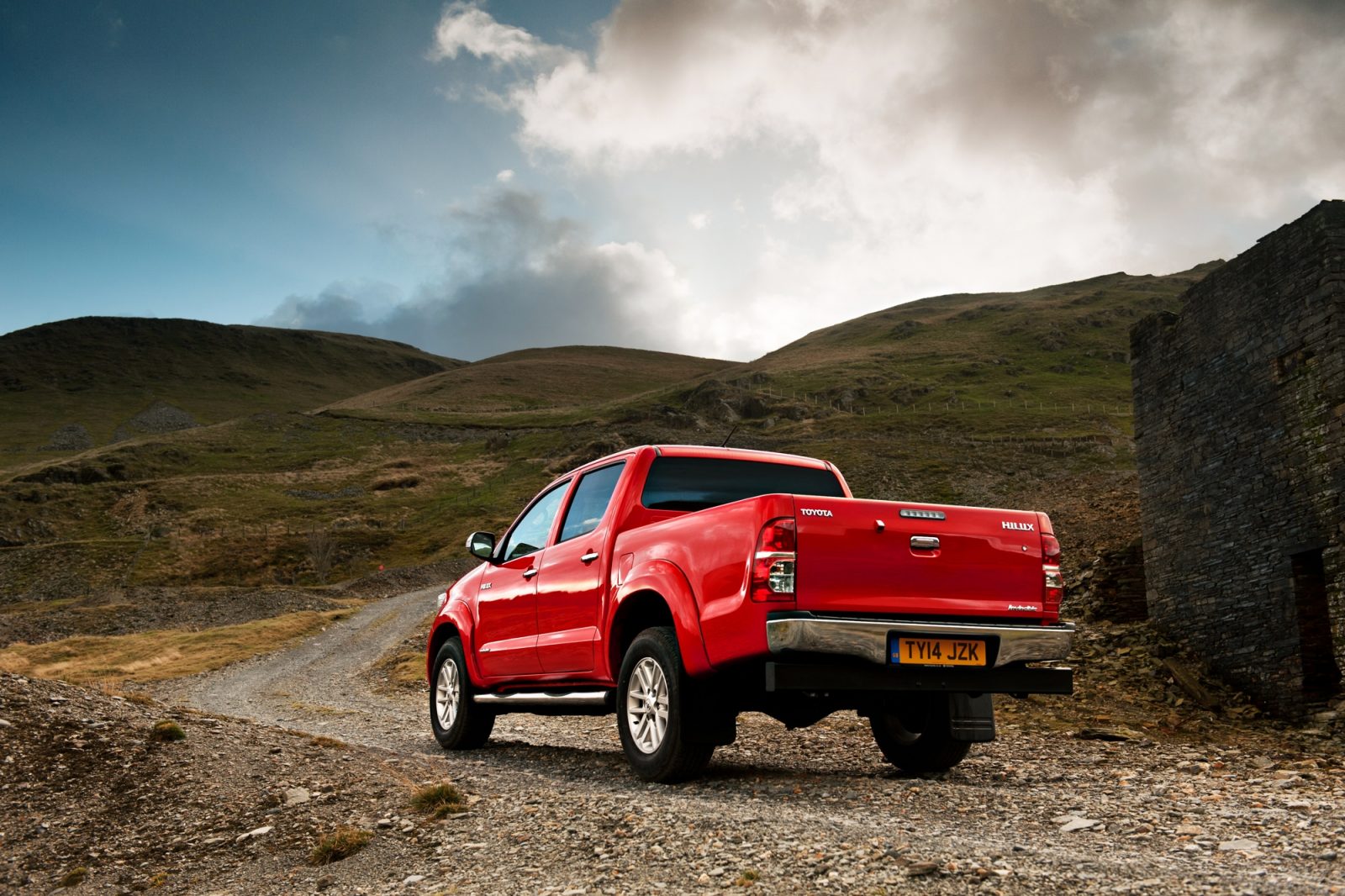 We’ve rounded-up the record-breaking, the charitable, and the just plain mad exploits of the all-conquering Toyota Hilux, to bring you 10 reasons why the enduring pick-up rules.

Any doubters of the Hilux’ monumental toughness were knocked for six on November 23 2003, when Top Gear attempted to bump one off using a series of increasingly elaborate methods.

Through flood, fire, a falling caravan, and a collapsing tower block; the Hilux lived, and the challenge sparked a flurry of interest in pushing, what many believe to be the world’s toughest car, to its limits.

2. It was the first car ever to be driven to the Magnetic North Pole

In 2007, the Hilux became the first car to be driven to the Magnetic North Pole – Top Gear presenter Jeremy Clarkson was behind the wheel.

Three years later, in 2010, Top Gear’s James May drove the car to the peak of a dormant volcano to set-up monitoring equipment for scientists. Soon afterwards, the volcano erupted, sending an enormous cloud of ash 30,000 feet into the sky.

4. Unofficially, you can fit three camels into the back of a Hilux

5. The South Pole is no sweat for it

Not satisfied with having ‘only’ beaten the North Pole, the Hilux – filled with jet fuel – successfully completed an epic 5,900 mile drive to the South Pole in 2010, without a single technical hitch.

In 2010, the Hilux was the support vehicle of choice for the joyously madcap Project Runningblade – a British attempt on the world land speed record…for a lawn mower!

The team, led by driver Don Wales, annihilated the previous record of 80.7929 mph, which was set by Bob Cleveland at Bonneville Salt Flats, USA, in 2006 – recording a scarily quick top speed of 87.883mph!

This heavily-modified Hilux is pictured during our recent Northern Lights tour of Norway, where temperatures fell to minus 25 degrees Celsius!

9. It placed second in one of the world’s toughest rallies

Rally driver Giniel De Villiers won third and second place in the grueling Dakar rally in a Hilux in 2012 and 2013, respectively.

During last year’s cold snap, a Hilux rescued a stranded articulated lorry – roughly five times its weight, that had become stuck on an icy stretch of road in East Sussex.

You can find out more about the Hilux on the designated section of the Toyota UK website. If you’d like to get behind the wheel, leave a comment below, and we’ll be in touch shortly. Discover the history of the Hilux here.