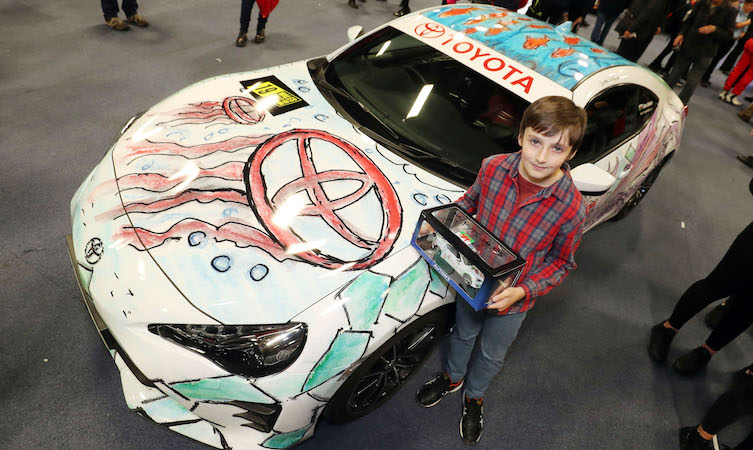 To honour the prize winner, a GT86 sportscar was wrapped in Scharer’s prize-winning sea-themed Toyota livery. Scharer, whose striking patriotic design was selected from hundreds of entries in the UK-wide competition, was also present to savour the special occasion and was presented with a scale model of a GT86 bearing his design. 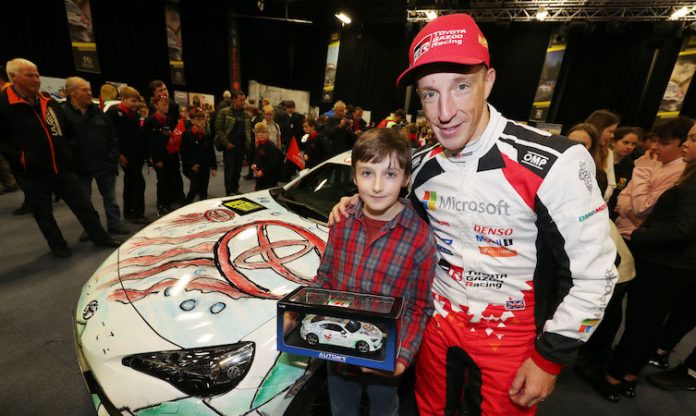 Sam first saw the embodiment of his design earlier in the week when the GT86 was displayed at his school, where it drew admiration from both staff and students.

“It’s amazing to see the car,” enthused Sam. “I have always loved cars and really like sea, so I put the two together. It’s awesome to have Kris Meeke here and I love the model car. It will go on the shelf in my bedroom next to the Ferrari I have.”

Meeke said: “This is a pretty cool design! It’s really nice to see something like this on the Toyota. Sam has captured the theme of Wales Rally GB perfectly.”

The full-sized GT86 will remain on show over the Wales Rally GB weekend in the free-to-enter ‘Big Bang’ Industry Awareness STEM exhibition based in Venue Cymru, Llandudno, which is located alongside the WRC pits and paddock complex.

The annual competition is a joint initiative between the rally organiser Motorsport UK, Toyota and the Engineering Education Scheme Wales (EESW) on behalf of the Welsh Government, and is open to all primary, secondary schools and colleges in the UK. Read more about the previous winners below.