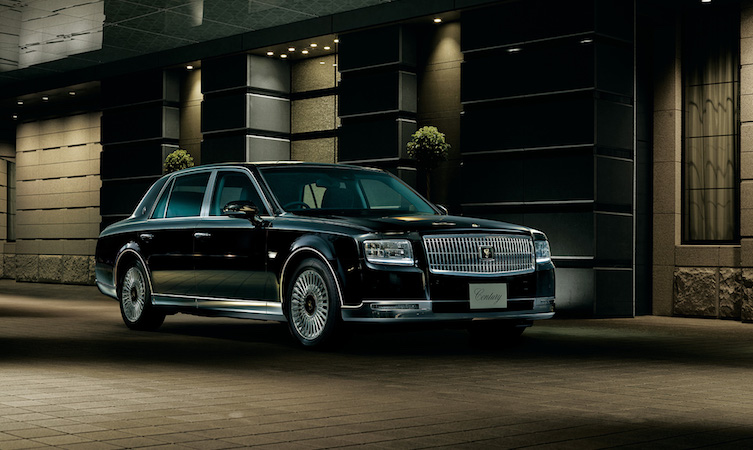 For the first time in 21 years, Toyota has undertaken a full redesign of the Century, its exclusive, hand-crafted limousine.

Modern styling cues are combined with a traditional, dignified look that references Century’s heritage, while the cabin is equipped for VIP rear seat passengers to be chauffeur-driven in complete comfort. The new model is equipped with a 5.0-litre V8 hybrid electric powertrain and adopts advanced safety technologies, including Toyota Safety Sense. 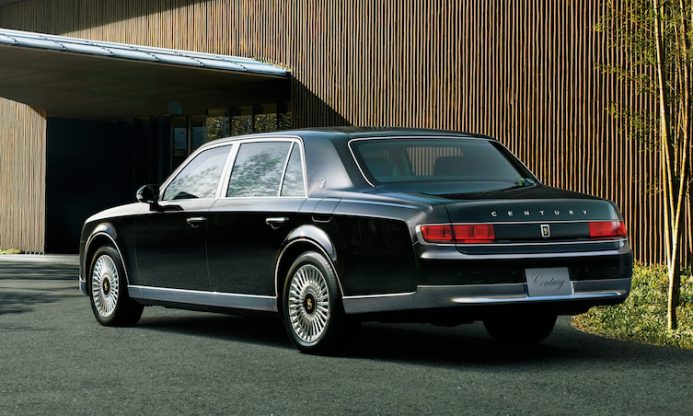 The first Century debuted in 1967, created to mark the 100th birthday of Sakichi Toyoda, founder of the Toyota Group. For more than 50 years, it has been Japan’s most popular chauffeur-driven luxury car, favoured by the country’s leading industry executives.

Century’s profile reflects the Japanese aesthetic of “passive symmetry”. The silhouette is easily recognisable as chauffeur model, with a more upright centre pillar shifting the design focus to the rear of the car. 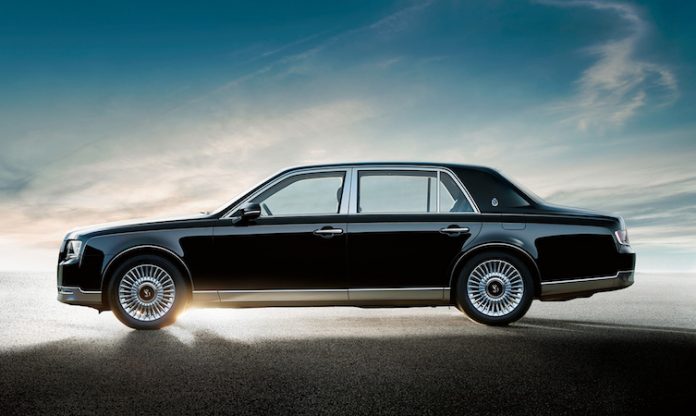 The curvature of the doors is enhanced using a surface treatment along the shoulder section that dates back to the design of room partitions from Japan’s Heian period (794 – 1185 CE). The coachwork has two distinguishing lines that are polished at an angle and separated by narrow space so that they appear as single, prominent line, lending the bodywork an air of dignity and excellence. 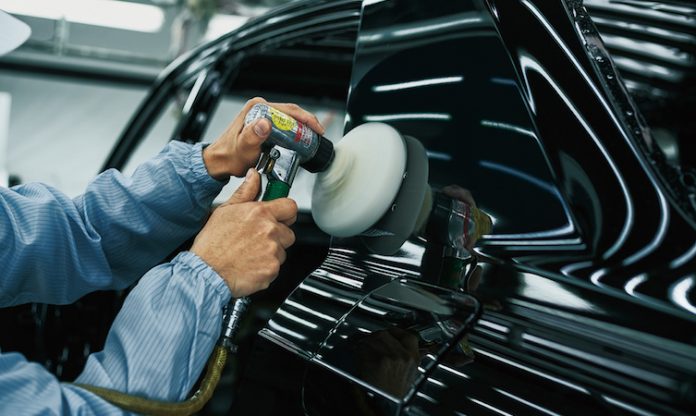 The model’s heritage is represented by its phoenix emblem, engraved by a craftsman in a process that takes six weeks to complete. It depicts the vibrant movement of the bird’s wings and delicate feathers, set against the backdrop of the front grille, which has a traditional infinite loop pattern of crowns. 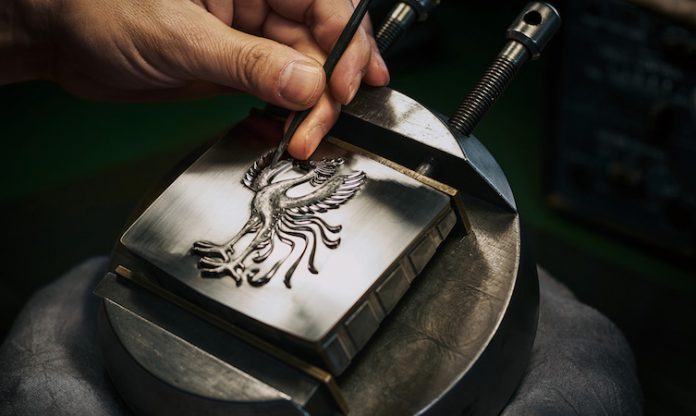 The car is finished in a new Kamui black, which gives the impression of a lacquered finish. Sanding and polishing developed from traditional techniques give the bodywork a deep lustre and shine. Each car undergoes three wet sanding treatments to smooth out even the slightest unevenness before polishing to a mirror finish. 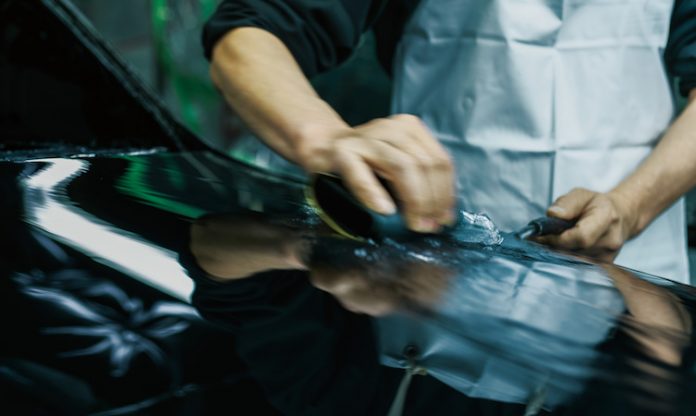 Century’s wheelbase has been increased by 65mm, creating even more spacious rear seat accommodation. The height difference between the scuff plate and the floor has been reduced by 15mm to ensure the floor mats lie perfectly flat and improve the ease of getting into and out of the car. 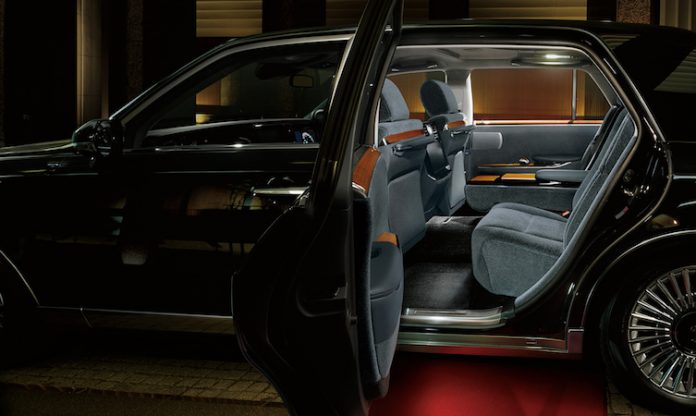 The rear cabin features wood trim and a raised ceiling design with an exclusive fabric headlining with a slanting lattice motif – a traditional manji design representing perpetual prosperity for the home and longevity. 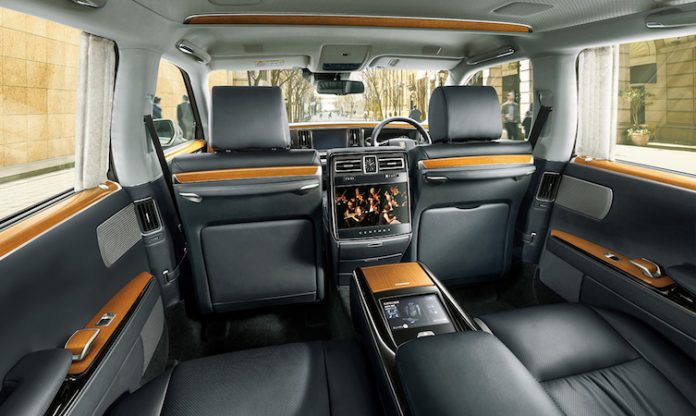 The left-hand rear seat has a power-extending leg rest and an integrated massage system and there is rear seat entertainment system with an 11.3-inch monitor, 12-channel audio amplifier and array of 20 speakers. A seven-inch touchpad in the centre armrest gives easy control of the audio system, air conditioning, seat massage function and rear curtains. 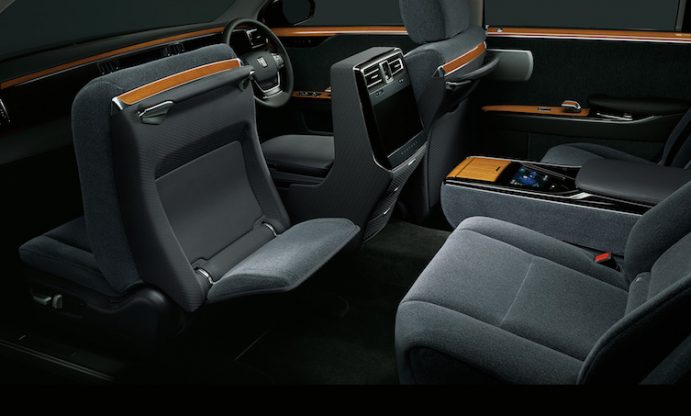 Skilled craftsmen are responsible for extensive noise-proofing measures, including wide use sound-absorbing and insulating materials. An active noise control system also reduces noise and vibration levels at engine start-up and under acceleration.

The car is equipped with electronically controlled air suspension and Adaptive Variable Suspension. Body rigidity has been improved with the use of structural adhesives, while new tyres and suspension components all contribute to ride comfort and reduced road vibration. 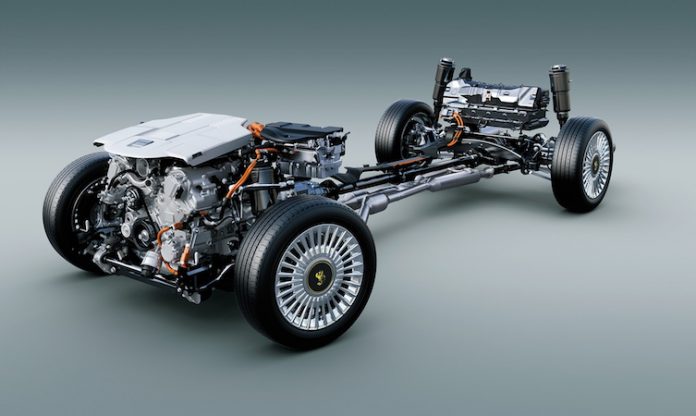