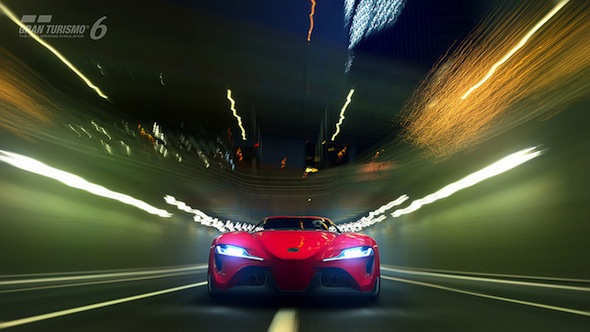 Among the glitz and glamour of the hugely successful unveil of the Toyota FT-1 Concept, the team behind its creation was quietly celebrating another milestone…

From its experimental beginnings, Calty has grown to play a key role in some of Toyota’s most significant designs. Put simply, its played a pivotal role in the creation of some of our most popular models.

Located in El Segundo, California, the Calty name is a mash-up of the words California and Toyota.  The initial mission was to serve as a laboratory for new design ideas, providing an open field for form, shape, and materials exploration.  Calty offered Toyota’s designers a place to study, understand and incorporate the trends, tastes, and product requirements for vehicles destined America and beyond.

Compared to the resources of rival automaker studios, the first Calty effort was very much a “mom and pop” operation.  “El Segundo wasn’t a campus.”  said Doris Kusumoto, Calty Financial Manager. “It was one portion of a modest building in an industrial area.  There were about six designers and 25 people total in support. Meanwhile, we would hear that domestic studios had 300 modelers and 100 designers. Early on, there was an underdog feeling at Calty which helped make working there feel like a team effort,”

Guided by the vision of Toyota Motor Corporation patriarch, Shoichiro Toyoda, and Calty’s first Executive Vice President, Mamoru Yaegashi, Calty launched with Noritsuna Watanabe as its General Manager. Under Watanabe’s direction, the goal was to establish a design and research “beachhead” in the U.S. market.

The small facility operated under the stealthy veil typical of design studios where employees held a practice of not explaining what they did in the intimate confines of the El Segundo building. “Given the security surrounding vehicle design, we kept it as a hush-hush operation. Some locals thought we were a small manufacturing facility, or even selling t-shirts.  Early on, it was so low profile, we were not allowed business cards,” added Kusumoto.

Calty Design Research grew in its design prominence as Toyota soared in the global automotive market. Calty earned more design responsibility and gained influence as Toyota sought to maximize product development resources to broaden the global product line.  In the late 1980’s, Calty designers engaged in more coupe form study lending design creativity to what would become the 1992 Lexus SC400. This expressive luxury coupe made a visual statement about the Lexus brand, then in its infancy.

Skills such as sketching, clay modeling, CAD, milling, fabrication and painting bring concept models to life. Today, Calty’s imprint on Toyota Global Design is profound, with an estimated 75% of the concepts emerging from Calty influencing or becoming production vehicles down the road.

With the growing emphasis on regionalisation of product development, in 2004 Calty opened a design center in Ann Arbor, Michigan to collaborate with the nearby Toyota Technical Center. The Ann Arbor Calty facility focuses on local production design efforts such as Tundra and Avalon, products designed specifically for the North American market.

In 2012, Calty added the Toyota Innovation Hub in San Francisco. Strategically located near Silicon Valley, the establishment of this facility was a key step in Toyota’s global initiative to partner with innovative companies in technology, social media and design.

“We want to transplant the innovative culture of the Bay Area to Toyota’s in-house innovation team,” said, Kevin Hunter, President of Calty Design Research. “It is a critical time for the automotive industry to redefine itself in response to new technology, customer’s expectations for new experiences, and the way industries are structured.”

Since 2007, the Newport Beach and Ann Arbor studios, and the San Francisco Toyota Innovation Hub have been guided by Hunter.  A Toyota Design employee since 1982, he is Toyota’s first North American design president. In addition to several key production vehicles such as Tundra and Avalon, key sports car and sporty coupe projects such as Scion Fuse, Toyota FT-HS, Lexus LF-LC, and now the FT-1, have evolved under his leadership.

On the heels of revealing its most impactful sports car design yet in the Toyota FT-1, the future looks very bright for Calty.

“We see FT-1 as symbolic of an evolution in our mission as we move toward designs that better balance key emotional and rational elements as part of our brand promise.” says Hunter “Calty will be integral in the movement to bring more emotional, more satisfying and engaging Toyota designs to market.”